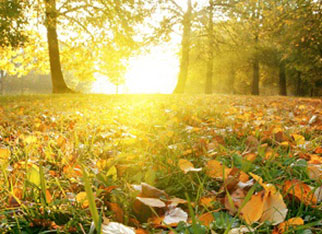 Have you ever wished that we could have a little bit more of heaven on earth? I know I have. It’s hard to look at the brokenness of our world and wonder why Jesus doesn’t just hurry up and come back already. I mean how bad do things have to get before God intervenes?

You can hear echoes of this plea each Sunday as we ask in the Lord’s Prayer for God’s kingdom to come and God’s will to be done on earth as it is in heaven.

It’s a beautiful sentiment that most of us utter without actually thinking about the consequences. But what would it look like if God’s will were to be done on earth as it is in heaven?

Well, I suppose that depends on how we define heaven. A few years ago we did a sermon series at the congregation I was serving on the topic of heaven and hell.

I must admit that prior to the series I hadn’t thought that much about what heaven and hell look like. The Bible isn’t terribly clear on the matter, and I guess I just never speculated that much about it.

I soon discovered that our members had thought a great deal more about these matters than I had.

I got into some real trouble when I suggested in my sermon that maybe heaven isn’t a place far off in the clouds as portrayed in the movies but rather another dimension of reality.

I even went so far as to question whether the traditional notion that God will one day destroy the earth and we will live forever in this place called heaven is truly accurate.

I didn’t come up with these ideas on my own. My sermon was based on the work of a biblical scholar named N.T. Wright who has written a fantastic book about the subject called “Surprised by Hope.”

In the book, Wright argues that heaven is a present reality through which God is even now transforming the world.

This understanding of heaven is much more radical than the notion that heaven is somewhere out there because we can’t get off the hook when it comes to how we live within our present reality.

If the kingdom of heaven is even now breaking into and transforming our world, then we can’t ignore our responsibility to care for the earth or work for peace and justice.

These are not mere glimpses of what heaven will look like but rather the beginning of a revolution in which God will make all things new.

I was excited about this message. It changed the way I thought about my life and its purpose. The congregation was less than enthused about these strange new ideas though.

What is so threatening?

So I began to think, what is so threatening about this alternative way of looking at heaven?

Is it simply the fact that it challenges deep-seated ideas?

I decided that that was part of it, but it didn’t completely explain people’s discomfort. And then I remembered something that one of my seminary professors had once said about the Lord’s Prayer.

He said that that if we had any idea what we were really asking when we pray for God’s kingdom to come and God’s will to be done on earth as it is in heaven, we would never actually utter these words.

It’s a radical thing that we are asking God to do, because if the kingdom of heaven were to truly come in all its fullness, it would turn our world upside down.

We would be confronted with the inconsistencies between our lives and God’s reign. We would have to give up power, control and even freedom if we were to truly live in the heavenly kingdom.

We sometimes lament the fact that we live in a world that seems so different than the heaven we long for.

We wonder, “How long, oh Lord, until you come again to set things right?”

But maybe the reality is that we’re not truly ready for the kingdom of heaven to invade earth, just as my congregation wasn’t ready for those radical ideas about heaven.

But despite the turmoil it would cause if heaven came to earth in all its fullness, I think all of us have had glimpses of heaven that are reassuring.

Those rare moments when everything in our lives seem to be just as they should be.

I don’t know about you but in those moments I think it would be awfully easy to give up control and embrace the reality of God’s kingdom.

So I will continue to pray that dangerous prayer, “your kingdom come and your will be done, on earth as it is in heaven” and trust in God’s grace all the more.