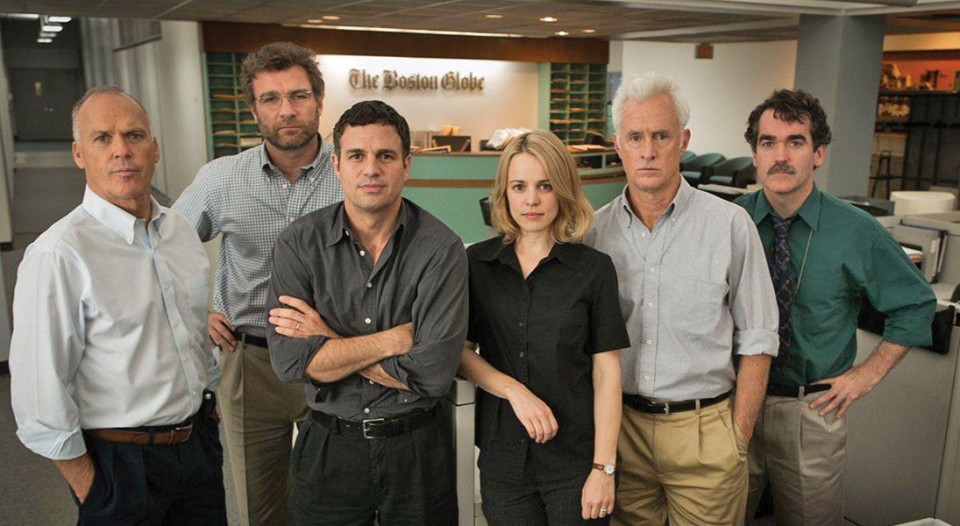 This chilling and ethically cogent film focuses on the Boston Globe’s Pulitzer Prize-winning exposé of sexual abuse by Roman Catholic clergy that revealed the breadth of these crimes against society’s most vulnerable members — children. Director Tom McCarthy and co-writer Josh Singer introduce us to the colorful journalists who are animated by a zealous pursuit of justice and truth.

These intrepid reporters track down witnesses, interview a diverse group of victims and discover a way to identify priests who may be abusers, thus breaking through the walls of secrecy that have been erected to protect the church from culpability. Even when they have proof that they can accuse as many as 70 priests, their editor urges them to go further and show that the church itself has engaged in a massive cover-up to shield priests and protect its money and power.

The film also manages in a crosscut of scenes to reveal the pain and suffering of abuse victims. As the leader of a victims’ support group explains, rape is not just physical abuse — it’s also spiritual abuse, taking away a child’s trust and faith (Open Road Films, R — some language including sexual references).