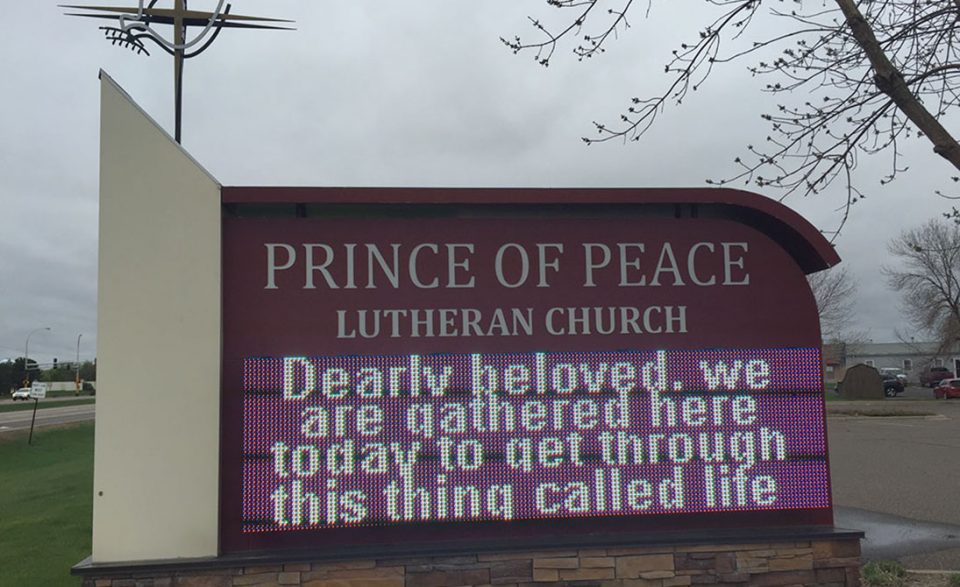 Courtesy of Prince of Peace

Chad Brekke, one of the pastors of Prince of Peace Lutheran Church in Brooklyn Park, Minn., was attending a Mumford & Sons concert last Thursday when musician Prince died. When the band did one of Prince’s songs as a tribute, Brekke had the idea to put this lyric up on the church’s main sign. He texted one of the congregation’s tech guys, who put the message up immediately. After putting the picture on their Facebook page, it was shared hundreds of times and seen by more than 100,000. “People were seen pulling off the road to take pictures of the sign,” Brekke said. “We’re certainly aware that not all of Prince’s lyrics or behavior over the years were worthy of celebrating. At the time of his death however, we chose to recognize a gifted artist from our home state by using his own words as a ‘sign,’ pointing us toward God’s grace and mercy to be found in this welcoming Christian community.”