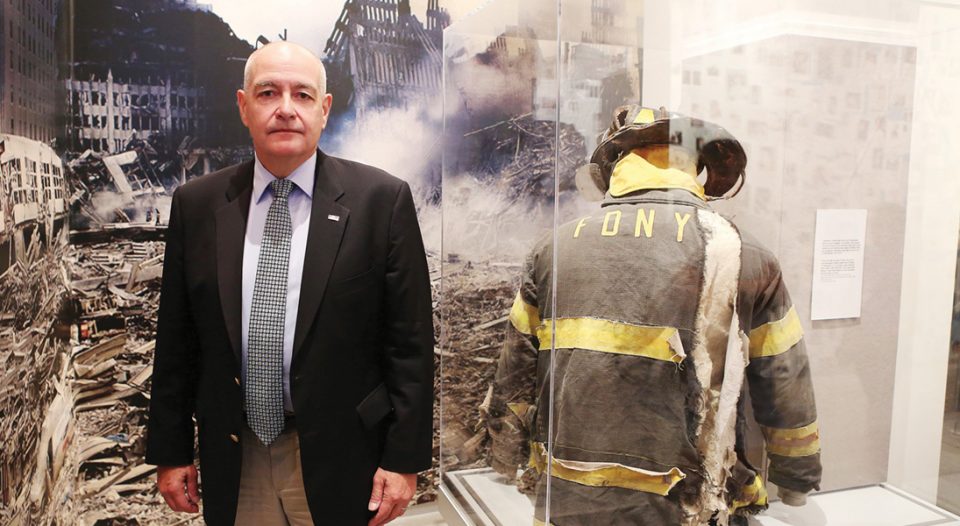 "As this anniversary falls on a Sunday, I hope every place of worship recognizes this day with more than a note in the prayer, but rather by looking back at how that day informed who we are today,” said John Scibilia, who was director of Lutheran Disaster Response New York following 9/11.

This month Lutherans around the country will reflect on the Sept. 11, 2001, attacks in New York, Washington, D.C., and Shanksville, Pa., remembering where they were and what they did when they heard the news. The stories from that fateful morning live on today with no less significance than they had 15 years ago. Following are six stories of faith summoned amid tragedy, a faith that promises resurrection and gives hope for today.

Today he looks back with gratitude at having been part of the work the church did in the wake of 9/11, but after five years as LDRNY director, he knew he needed to make a change. “The disaster work was emotionally draining, and I needed to get a total break from it for a while,” he said.

It wasn’t until recently that Scibilia felt comfortable talking about 9/11 again, which he says is due in part to his first visit to the 9/11 Tribute Center in September 2015. “I was invited to go see the pope there because I was part of the New York Interfaith Disaster group,” he said. “I was able to reconnect with two leaders of the Tribute Center, and I now feel ready to gather stories of what people experienced and maybe volunteer at the center.”

Since he spent significant time at ground zero in the weeks and months after 9/11, Scibilia was admitted to the World Trade Center Health Program, which provides screenings and treatments for people who spent a fair amount of time at the site.

“I go to Mt. Sinai hospital twice a year for this checkup,” Scibilia said. “I’m always greeted with someone thanking me for what I did. It causes me to break up just thinking about it. The program has its own section of the hospital and one thing that always strikes me when I’m there is what I share with those who are sitting in the waiting room with me—construction workers, firefighters, volunteers—we all share that experience of having been at ground zero right after 9/11.”

Scibilia, who is now executive administrator of Plymouth Church in Brooklyn, hopes the 9/11 anniversaries don’t lose their significance over the years. “There are many stories yet to be told, and if we continue to remember, we will continue to help people heal,” he said.