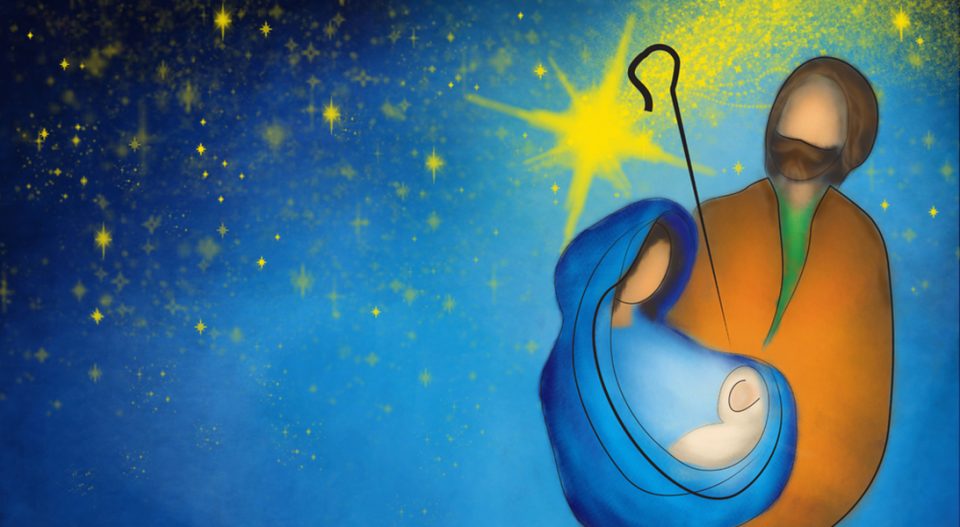 When I was young and turning the corner into the teenage world, I started to burn old pictures of myself. If I found one of myself in an awkward stage or thought I looked off, I’d burn it in the sink. The phase didn’t last long, but I still remember it because from somewhere I’d gotten the idea that I wasn’t OK, be it my face or even just myself.

Martin Luther believed Christmas was especially for children, and he’s not wrong about that. Children are the ones most captivated by the story of a God-child. The world has capitalized on that wisdom in ways that are pretty antithetical to Christ’s first arrival. It’s like the common assumption underlying the rush of this season is that we must buy things, banking on the idea that we’re not OK and need supplemental material to make up the gap.

Don’t take that as an argument for not giving gifts on Christmas. By all means, it’s a season to give thanks for the bodies around us, and gifts are a wonderful way to show appreciation.

But that young guy many Christmases ago didn’t need another video game. He needed most of all to be shown in many ways that he wasn’t “off”—that he was OK. A lot of people need that—children and adults—but not in some self-help, ego-building, self-esteem sort of way that passes as theology these days.

That young guy needed a new lens to see himself and the world, not a rosier lens.

Christmas provided a new lens for bodies who thought God was never coming, who had begun to think that the prophet Habakkuk, who proclaimed: “If God tarries, just wait,” was ultimately mistaken. Waiting bodies are weary bodies, and yet God showed up in a weary, vulnerable body from among the bodies instead of above them.

And that would be the greatest gift for us in the end, though we still often forget about it. Christmas still provides that new lens for those with eyes to see.

The hope and promise of Christmas is about the salvation of bodies, especially bodies that don’t always feel OK. The babe crying from the manger was a signal to a crying people, to a world dominated by the subjugation of bodies under the boot of the Empire, that God was crying, too, and had not forgotten those beloved bodies.

Poet and activist Lawrence Ferlinghetti has a wonderful, subversive poem titled “Christ Climbed Down” that I read every Christmas. The whole poem is worth pondering, but the last stanza is particularly meaningful to me:

from His bare tree

and softly stole away into

where in the darkest night

So for those anonymous young bodies out there who look in the mirror and aren’t sure if they’re OK; for all the body-shamed people out there; for those old bodies, distraught over the way time has changed them; and for every body in between: Christmas is especially for you.

If the incarnation of God in Christ makes anything plain, it’s this: God loves humanity enough to become humanity and is still known through that humanity today as Christ appears in neighbors and strangers. The craziest of second comings, indeed!

This should cause all of us who worry about bodies to reconceptualize just how we look at ourselves and others. That is a wonderful gift this, and every, Christmas. An immaculate reconception for this season.