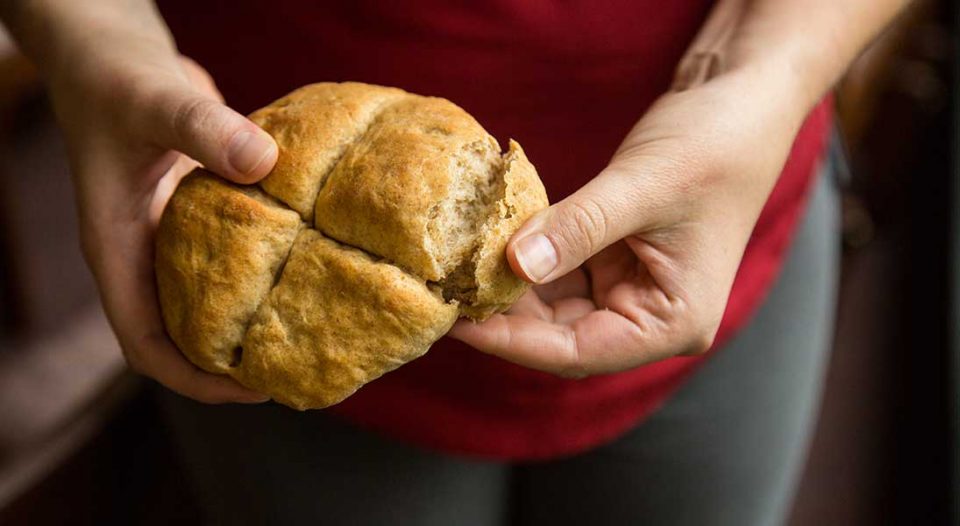 When I was a kid, we always got to the movies late because, well, Daddy was Daddy and he was always late, and it was difficult to get five children anywhere together at the same time. We always came in after the movie was about a third over so—we saw the end of the movie, then we waited in the theater while the ushers swept the floor and carried out the trash, then a new crowd came in, then we sat through the previews, then the opening of the movie, and finally the whisper came down the row, “Let’s go. This is where we came in.” And Papa Chilton and Mama Chilton and all the embarrassed little Chiltons would file out.

The first thing Jesus did was open the Bible to them and tell them about himself, explaining to them about how this Jesus they were lamenting was really the Messiah of God. “Then beginning with Moses and all the prophets, he interpreted to them the things about himself in all the scriptures” (Luke 24:27).

When they got home. they invited him in to eat with them. They still didn’t know who he was, but they remembered Jesus’ teaching about welcoming the stranger, so they compelled him to come in. They asked him to say the blessing and something wonderful happened: “When he was at the table with them, he took bread, blessed and broke it, and gave it to them. Then their eyes were opened, and they recognized him” (Luke 24:30-31).

I have participated in all sorts of communion services over the years. I took communion at Christ Church Cathedral in Oxford, England. I have also sat in the pew at a little Baptist church in the Appalachian Mountains, passing along a plate of chopped up Wonder Bread and a tray of grape juice filled glasses.

I have celebrated communion by a lake with a bunch of teenagers, in hospital rooms with dying patients, in a hotel conference room near the airport in Chicago. And as different as all those sacramental moments were, they were all connected to one important thing: Those of us who were there “knew Christ in the breaking of the bread.”

Their eyes were opened in the breaking of the bread. They knew Jesus—they knew who he was. Perhaps the men he met on the road to Emmaus were there the night of the last supper and the eerie similarity of his actions made them recognize him. Maybe something more mystical and mysterious happened. Either way, they knew him in the breaking of the bread. This action of taking bread and blessing it and breaking it opened their eyes to who Jesus was. It also let them know that he was alive; he was risen; he was present in the world to give them life and joy and hope. So it is with us. When we participate in the breaking of the bread, we are given hope, for the sacrament opens our eyes to the living Christ in our midst.

“They said to each other, ‘Were not our hearts burning within us while he was talking to us on the road, while he was opening the scriptures to us?’ That same hour they got up and returned to Jerusalem, and they found the eleven and their companions gathered together. They were saying, ‘The Lord has risen indeed, and he has appeared to Simon!’ Then they told what had happened on the road, and how he had been made known to them in the breaking of the bread” (Luke 24:32-35).