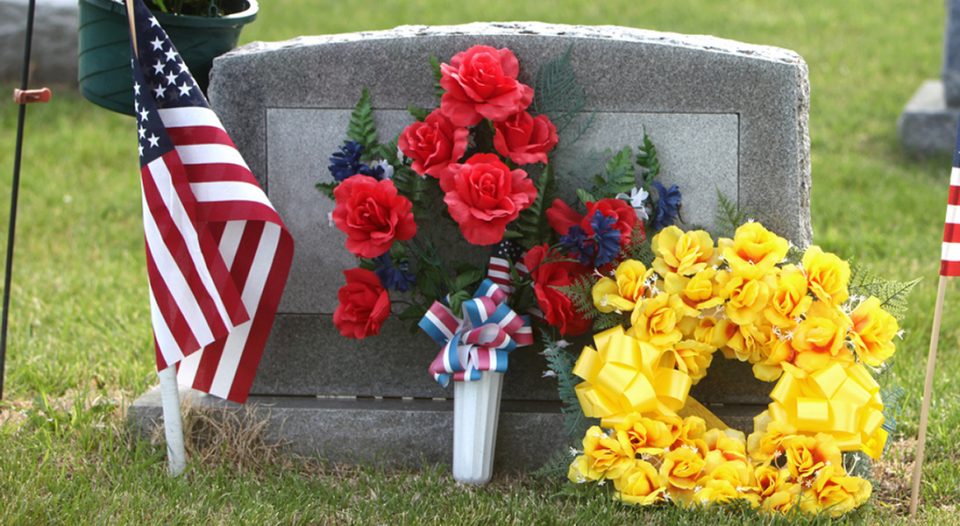 The Rev. Howard Thurman in his book Jesus and the Disinherited (New York/Abingdon-Cokesbury, 1949) tells a story of coming upon an older man planting a grove of pecan trees. The small arbors were maybe 3-feet high, and he asked the man why he didn’t plant larger, fuller trees so as to be able to eat some of the fruit before he died.

The man, in his wisdom, noted that for his whole life he’d eaten of trees he didn’t plant. Why then should he not plant trees for people to eat from long after he is gone?  “Besides,” he went on, “the man who plants because he will reap the harvest has no faith in life.”

My own sordid views and relationship with war is put aside, for just a bit, on Memorial Day because Memorial Day is not about war but about funerals. And if there is one thing that I understand, it’s burial. I have buried too many in my short pastorate, young and old.

Memorial Day is about the buried.

We miss this, of course, because culture sometimes tends to lump all of these nationally flavored days of remembrance into one-note celebrations of military and might.

Memorial Day is the day we go to those groves of graves that we’ve planted in times of war to honor those who never saw the fruit of their labors: the reluctant and the willing, the conscripted and the volunteer, the known and the unknown. We place flowers and wreaths at these graves—the wreath being an especially appropriate marker. In ancient times, it was often a sign of victory, but on the grave, it takes on a different role. The never-ending circle reminds us of the eternity of God’s “Kairos” time, to which we entrust the fallen, while the flowers that adorn it speak to the transitory nature of our own “chronos” time.

The staggering equality that death puts upon a humanity so often obsessed with status is tragic and humbling and worth taking a day to ponder—especially when death comes in times of conflict. In a way, Memorial Day could be a catalyst to learning war no more, as the prophet pleads (Isaiah 2:4). When held alongside the immense tragedy, the immense gratitude felt on this day might just be enough to attune our hearts toward faith in life and the God who gives life.

As I walk the grave groves on this Memorial Day, I’ll do so with no small measure of love for those who’ve planted with their lives a harvest that I feast on in my civic life. And I pray not-so-silently that we don’t have to plant anymore groves like this in the world.

The God whose resurrection and redemption promises continually orient me toward faith in life reminds me that I don’t glory in the death of anyone. Rather, in weekly worship I celebrate the fact that we will one day rise to meet our Savior, trampling death under our feet.

That is God’s victory, but we reap the harvest. And then it will be with wreaths upon our heads rather than on our graves.

A day to honor their sacrifice

Caring for the military