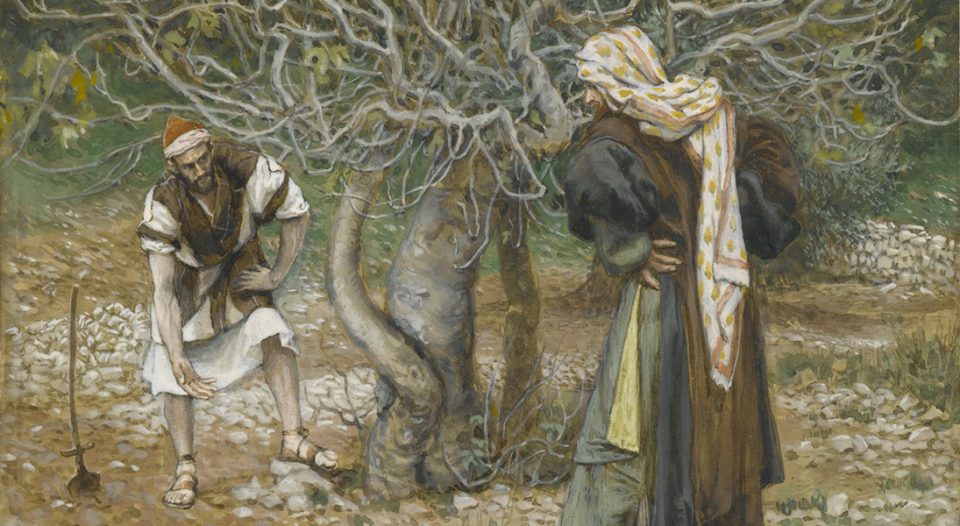 I see them standing in the emergency room, almost blocking my way—a brother, a friend, an aunt. Grieving to be sure, but their eyes tell me more: anger. “So tell us, Pastor, why did this happen? Why her of all people? Did she do something to deserve this?”

The questions vary and the faces change, but the emotion is the same. God is on trial. I listen and eventually pick one of the questions, saying, “The God I believe in doesn’t work that way. God is heartbroken and hears all your questions.” I learned in seminary what to say (and not say) in these situations.

But what if I’d taken a pastoral care course from Jesus himself? “No, no,” I might reply to people lingering at the hospital. “This didn’t happen because of anything in her past. That’s an old, outdated theology. But unless you repent, your death will resemble hers. Now good night.” I would never say that. But Jesus did once.

Of all the questions posed to pastors, the most popular centers on God’s allowance of human suffering in a world awash in woe. Jesus said some odd things, but his words in Luke 13:1-5 are among the most jarring.

The first snapshot of suffering portrays intentional malice. It’s an old story—planned havoc by a despot, a madman. Jesus senses the question: “Do you think these Galileans were worse sinners than others?” Initially, I find myself cheering as he says, “No, I tell you.” But then follows the zinger: “Unless you repent, you will all perish just as they did.” Yikes.

The second story involves a horrible accident. A tower collapsed and 18 people died. This tragedy (like tornadoes and tsunamis) cannot be pinned on a person.

Jesus asks a similar question: “Were those killed in Siloam worse sinners than others living in the city?” And I love his answer at first—“No, I tell you.” Yeah, Jesus! But he follows the comforting with the befuddling: “Unless you repent, a collapsing tower is in your own future.” Whoa.

“Why does God allow bad things to happen to good people?” An endlessly intriguing question. But for Jesus, curiously, this isn’t the main question.

There is something about the relentless flow of the tragic that can divert us from personal repentance. An internal voice smugly says, “I certainly have my share of flaws. But at least I’m not as messed up as these people in the headlines.” Compared to the sins of others, my own shortcomings don’t seem all that bad.

There was a funny kid in one of my youth groups in Virginia named David. In the early days of the internet, when dial-up was rather expensive, his brother Jonathan racked up $1,500 in phone bills communicating with a girl halfway across the country. Their dad hit the roof.

Whenever David got in trouble in the future, he’d trot out this self-defense: “Well, yeah, I’m sorry. But at least I didn’t do something as dumb as my brother!” This ploy of comparison worked quite well with his father for several years.

In Luke 13, the disciples want to talk about the misfortune of others—what it all means and why. And there is surely a time and place for that. But Jesus instead chooses to focus upon personal repentance and change—which is often more challenging (and needed) in a world of suffering than pondering why it exists in the first place.

At the conclusion of this odd teaching, Jesus tells a parable about a fig tree given more time (grace) to produce fruit—less a threat and more an honest recognition that lives shaped by the death and life of Christ and sown into a broken world matter a great deal. The collective repentance of so-called “good people” is eventually more profoundly earthshaking than a boatload of bad headlines.