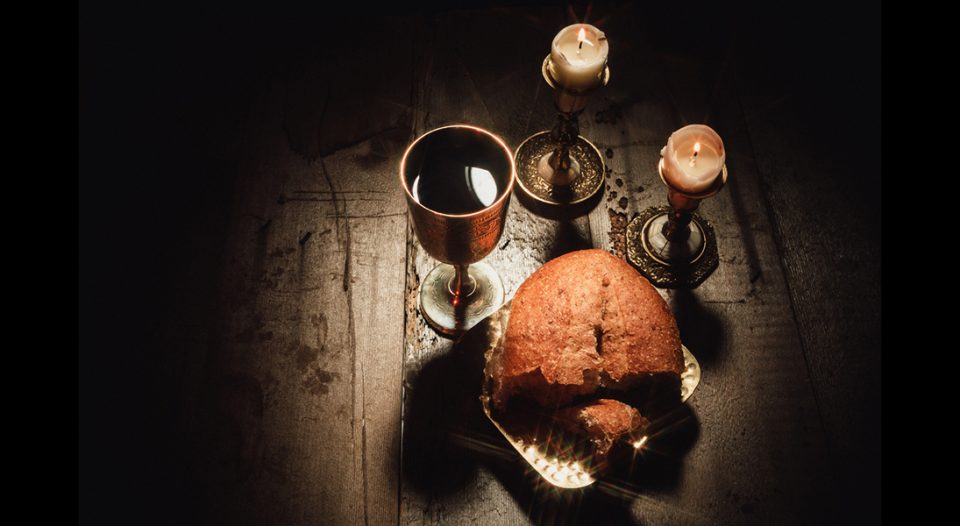 All Saints is a reminder that, as important as the future is, and as all-consuming as present problems can be, the past is important too.

When I was in about the third or fourth grade, my grandmother told me that she had ordered The Adventures of Huckleberry Finn for me. Ignorant little savage that I was, I corrected her—”You mean Huckleberry Hound don’t you?” For the uninitiated, Huckleberry Hound was a Saturday morning cartoon character. She just shook her head and gave me the book. As the novel opens, Huck is living with “the widow Douglas,” and “after supper she got out her book and learned me about Moses and the Bulrushers, and I was in a sweat to find out all about him; but by and by she let it out that Moses had been dead a considerable long time; so then I didn’t care no more about him, because I don’t take no stock in dead people.”

“I don’t take no stock in dead people.” The idea of the living reality of the past is somewhat hard for us modern folk to get our minds around, though we should not pat ourselves on the back too much. As Huck Finn demonstrates, it has long been true that folk who focus almost entirely on a “this world, day-to-day” existence have a difficult time taking account of the continuing impact of what has come before us, especially the significance of religious and spiritual events.

All Saints Sunday battles against this mindset. In some ways it began as the Christian equivalent of the ancient Greek “Altar to an Unknown God” to which Paul refers in Acts. The Greeks had altars to hundreds of gods. They were afraid of leaving one out, so they built an altar to an “Unknown God” to make sure they didn’t make some minor, obscure god mad, and thus get punished for failing to worship a god they didn’t know.

In the early days of the church, people began to remember those who had been especially devout and holy and who had died as martyrs for the faith as “saints,” people already in heaven and able to hear prayers and assist those still living. By medieval times, the church calendar was filled with saint’s days honoring all the official saints of the church. And All Saints Day was an attempt to cover their bets, like the ancient Greeks, by giving a day to “all the saints,” to make sure no one was left out.

After the Reformation, many protestant denominations continued to observe the day but changed its meaning to one of remembrance and celebration of all Christians, of all the saints—past, present and future—with whom we share communion in the universal, “catholic” church. It is also a day to remember those in the local parish who have died in the last year.

All Saints is a reminder that, as important as the future is, and as all-consuming as present problems can be, the past is important too. Novelist William Faulkner said, “The past is not dead. It is not even past.” My undergraduate New Testament professor, Bernard Boyd, University of Noth Carolina-Chapel Hill, frequently reminded us that, “Christianity and Judaism acknowledge the is-ness of the was.” In other words, we must “take some stock in dead people.”

On All Saints Day, we celebrate the “is-ness of the was.” In spirit, we are as close to the cross as the disciples. In faith, we are as connected to Jesus as were his friends. In Christ, we are as much a part of the resurrection as Mary and Martha and Peter and John. Christianity is a historic religion, rooted in a true story that happened at a particular time in a particular place involving a particularly real and human Jesus who suffered real torment and died a real death on a real cross.

But Christianity is not just history; it is not simply yesterday’s news. The exploration of holy Scripture is not only a matter of searching ancient wisdom in order to learn the secrets of the past and apply them to the problems of the present. Bible study is partially that, but it is more. Christ and the cross transcend time and place in such a way that when the Bible is read in the midst of the believers, Jesus is here speaking to us.

When we celebrate the sacrament of the altar, when we participate in the eucharistic assembly, when we receive the bread and wine as the body and blood, Christ is really present here with us, and we are really present in the upper room at the Last Supper and at the mountaintop feast where every tear is wiped away and death is swallowed up forever. We are in Old Palestine and in the New Heaven, all at one and the same time. The Christ of the past is not dead; he is not even past. He lives, and because he lives, those who have gone before us in the faith, all the saints, live also. And through Christ and in Christ, we are connected with those who died in the faith, including my grandmother who gave me the gift not only of a book but of literature that lifts the mind and heart above the now into what Faulkner called “the verities and truths of the human heart.”

We are called this day to take stock in dead people, remembering that in Christ, they are not forever dead, “the one who is seated on the throne will shelter them. They will hunger no more; the sun will not strike them, nor any scorching heat; for the Lamb at the center of the throne will be their shepherd, and he will guide them to the springs of the water of life, and God will wipe away every tear from their eyes” (Revelation 7:15b-17).