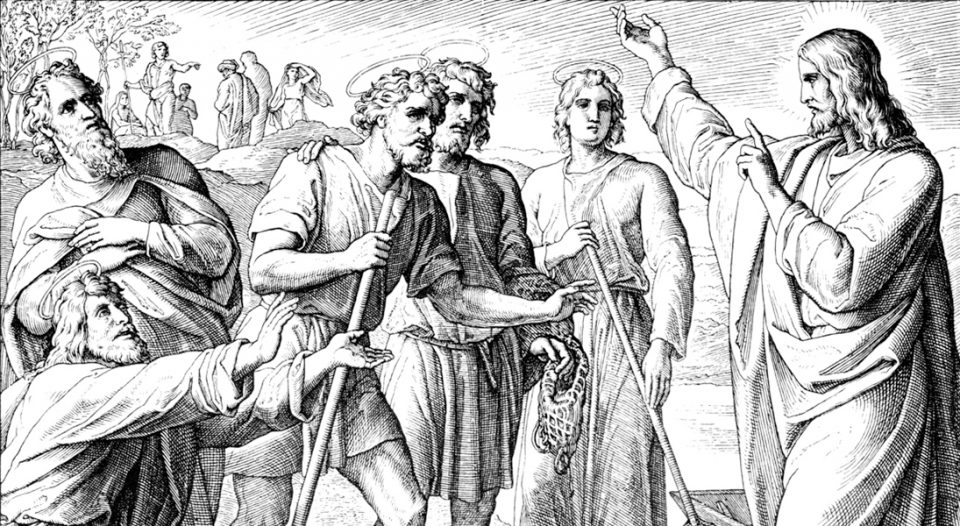 A good friend gave me a new biography of Martin Luther for Christmas. I recently read again Luther’s “call story,” about how, while a law school student, he was on his way from one place to another in the country and was trapped by a thunderstorm. Lightning threw him from his horse and Luther, gripping the ground in terror, cried out to St. Anne, “Save me and I will become a monk.” He followed through, making a sudden and unexpected transition from a star pupil on his way to a lucrative career to a poor monk, committed to a life of poverty and humility. At least, that’s how the story is traditionally told.

Our first lesson is Samuel’s dramatic call story. The boy Samuel was dedicated to God by his parents, brought as a small boy to the temple where he lived with the priest Eli. Three times he heard a voice cry out his name, “Samuel, Samuel.” Three times he went to Eli. Three times Eli said, “I did not call you.” Then Eli said, “It must be God. Next time you hear the voice, say ‘Speak, for your servant listens.’” And that’s what happened, and it was God calling, and God did give Samuel a special mission, a prophetic mission.

Our second lesson was written by Paul, who had his own dramatic call story, one that has given its name to call stories. In his “Damascus Road” experience, he, like Luther, was thrown to the ground by a flash of light. Paul’s story marked the beginning of his conversion, his believing that Jesus was the Christ, the risen Lord – and that he Paul had been called to spread the word.

Today’s Gospel lesson tells two overlapping call stories. First, Jesus found Philip and said, “Follow me.” Then Philip found Nathanael and told him, “We have found him who Moses in the law and also the prophets wrote.” Nathanael scoffs at Philip’s discovery. “Can anything good come out of Nazareth?” I’m sure Philip thought about arguing with Nathaniel, about convincing Nathanael that Jesus was indeed the Messiah—but he resisted these thoughts and instead did exactly the right thing. He invited Nathanael to “come and see,” for himself.

Somehow Philip realized that you do not argue someone into the Christian faith. All one can do is invite them to “come and see” Jesus. Nathanael is convinced by this meeting that Jesus is indeed the Messiah, the Christ. Nathanael affirms, “You are the Son of God; you are the King of Israel!”

Somehow Philip realized that you do not argue someone into the Christian faith. All one can do is invite them to “come and see” Jesus.

One of the things that intrigues me about these call stories is that, on the surface, they look like very sudden, cataclysmic shifts from one thing to another. But if one takes a deeper look, one realizes that these turns were years in the making. Samuel, Paul, Philip and Nathanael had been being prepared for these very moments for many, many years: Psalm 139:16 says, “you knit me together in my mother’s womb … . In your book were written all the days that were formed for me.” Luther was raised in a devout Christian home. He learned his ABCs at a church school and received his higher education at a university run by priests and monks. He was ready when the call came. Samuel was raised in the temple, served old Eli every day, trusted Eli to tell him the truth and was prepared to hear when the voice of God called. Paul was uniquely suited to take the gospel to the gentiles. He was raised in what is now Turkey and received both a rabbinic education and a secular Greek and Roman one.

Obviously, Nathaniel and Philip were ready to talk about what it meant for someone to be the Messiah. They had studied the Scriptures, “him who Moses in the law and also the prophets wrote.” The call came in a moment—they had been getting ready for a lifetime.

When you are a minister, people ask about your call story. I often think they expect something dramatic, like Samuel, or Paul or Luther. My story is very mundane, quite ordinary. It’s about being raised by parents who took me to church when I was 2 weeks old and never quit taking me. It’s about Sunday school teachers who put up with our antics and misbehavior and somehow led us to love Jesus and each other. It’s about going to a little mountain Presbyterian church for evening services and hearing the retired missionary tell stories about how God was changing lives in Africa and Asia and thinking that maybe God could change my life too. It’s about being invited to “come and see” what God in Christ was doing, until I realized God was doing it in me and wanted me to help do it for others.