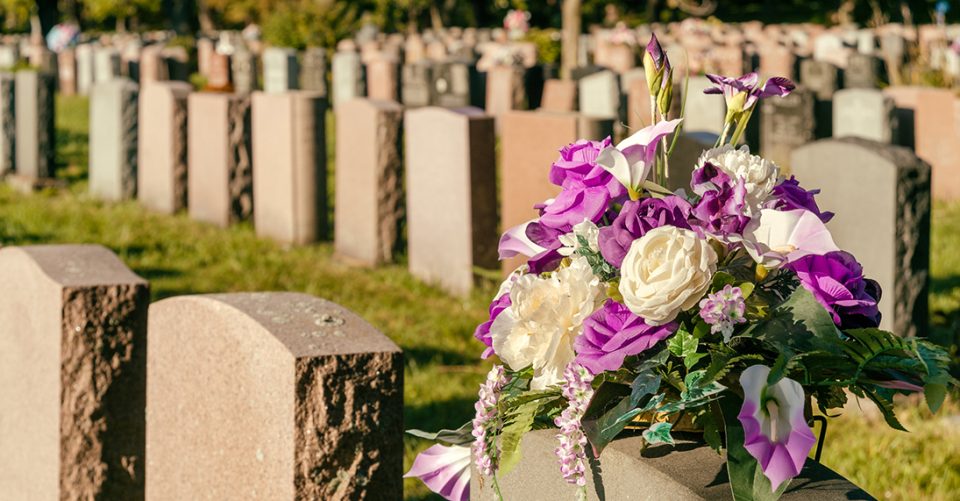 I’ve always appreciated the brassy candor from two sisters upon meeting Jesus after Lazarus’ death: “Lord, if you had been here, my brother would not have died” (John 11:21, 32). It’s not hard to imagine what they were really thinking.

“If you had gotten off your rear end, Jesus. … If you had stopped lollygagging with your pals for almost a week and beelined over here to Bethany when you first heard the news. … If you had shown up like any good family friend, my brother Lazarus would be alive right now.”

It’s quite a chastising zinger leveled at the Lord. Don’t pass it by too quickly. Jesus is indeed hopelessly late for this funeral. Lazarus was in the tomb for four days (11:17) when Jesus arrived, and it’s not like he didn’t know about the illness (11:4-6).

Maybe Jesus had a good excuse for his tardiness. Any pastor four days late for a funeral, unexcused, had better be prepared to face the music. The congregation council would hold a special meeting. Somebody might call the bishop.

Let the sisterly ire stand. Mary and Martha speak for anyone who occasionally wonders about the seeming absence of Jesus in the face of tragedy.

Death is all around us. I once took confirmation students on a hike. We rounded a turn in the path and came upon a 4-foot black snake in the middle of a meal. Half of a chipmunk was still visible in its mouth.

A friend once told me she was walking through her front yard in Virginia and out of the clear, blue sky, half of a decapitated snake dropped at her feet and almost scared her out of her shoes. She heard a hawk’s call high above. I recalled that other snake consuming the chipmunk and thought, “What goes around comes around.”

Death is indeed all around us. Still, walking into a room where death is imminent (or where it has just occurred) always seems so new, like this is my first time ever dealing with such a thing. Sherwin Nuland, a surgeon and writer, described his family’s reaction to the approaching death of his Aunt Rose: “It was like the old scenario that so often throws a shadow over the last days of people with cancer: we knew—she knew—we knew she knew—she knew we knew—and none of us would talk about it when we were all together. We kept up the charade until the end.”

Jesus may be late to his friend’s funeral, but upon arrival he walks right at death, right into the tomb. His voice is confident, even impatient. “Did I not tell you that if you believed, you would see the glory of God?” (11:40). A terse prayer in front of the tomb reveals further frustration with the crowd (11:41-42).

Lazarus comes forth. Jesus’ words here are telling: “Unbind him, and let him go.” He could just as easily have said, “Unbind them and let them go.” That is, unbind the fearful community from their great apprehension of death; free them.

Baptism powerfully mirrors this old story. We are joined to the death and resurrection of Jesus (Romans 6:3-5). This is true for the living and true for those in your local cemetery. Fill an empty tomb with water, someone once said, and you’ve got yourself a baptismal font.

Jesus won’t be jerked around by death in this old story. He doesn’t allow death to drive the action or have the last say.

Jesus can’t shield us from the excruciating last moments of those we love. He can’t protect us from death. But he can keep us from something even worse—our great and immobilizing fear of it.

Unbind us, Lord. Let us go.