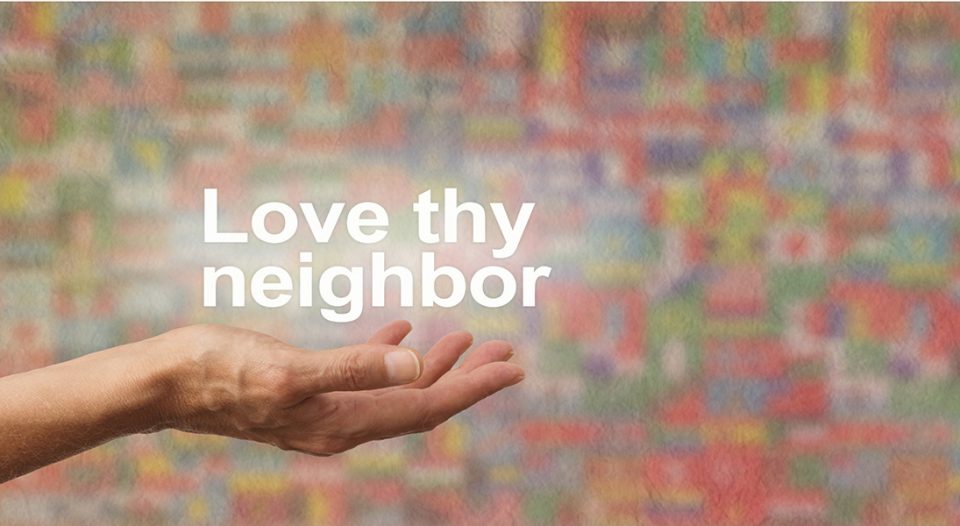 Have you ever been in a coffee shop, or even in a pew at church, and overheard a disagreement that had been going on for a while? Whether it’s about which sports team will be triumphant this year or simply about whether a finale of a favorite television show was disappointing or not, we overhear conversations all the time.

And while we think we know what the conversation is about, often there is a whole shared history of relationships, inside jokes and references, and previous disagreements long since resolved that we aren’t privy to. Far too many times I’ve jumped in to a conversation, thinking I had something of value to add, only to find that I had only heard the surface of a much longer, deeper conversation. I was out of my depth because I assumed that I heard the whole argument. On the other hand, when you know the whole context of a discussion, participating can be a blessing to everyone involved.

This week’s lectionary readings present two ongoing disagreements between Israeli and Jewish religious leaders. One is entered in folly, and the other is joined with wisdom.

Amos insists he isn’t a seer, but he nonetheless had a series of visions from God. In turn, God showed Amos locusts, fire and a plumb line that all spelled out destruction for the Northern Kingdom of Israel. Seeing and telling about these visions seems to have involved Amos in an ongoing dispute with the priestly community at Bethel. Remember, the first King Jeroboam had set up an idolatrous cultic site at Bethel to entice Israelites away from their mandated yearly pilgrimages to Jerusalem and the true temple (1 Kings 12:25-33). Bethel became a symbol for false worship and dedication to power over truth. But the priests at Bethel certainly felt differently.

About 150 years after the idols were set up at Bethel and the kingdoms of Israel and Judah had been separated for several generations, Amos, who was from Judah and knew about true worship of God, was arguing with Israeli priests at Bethel. For generations they had served God, but in a location, schedule and manner that God did not approve. Amos was a witness that God was furious about Bethel’s false worship and the social injustice practiced in the kingdom(s) (see Amos 6 and 8).

Into this argument, King Jeroboam II waded. Jeroboam greatly enlarged and enriched the Northern Kingdom by conquering enemies. His success and the prosperity it brought were seen as signs of divine approval. The king reasoned that the southern prophet should go back to Judah if he liked it so much and leave the “temple of the kingdom [of Israel]” alone (Amos 7:13). But that was contrary to God, who was calling Israel to repent and reform. Israel had grown rich, but it was full of idolatry and wealth inequality (again, see Amos 6 and 8). But Jeroboam II disregarded God’s words through the prophet and, only a couple decades after his death, his kingdom was obliterated by the famously cruel Assyrians.

The next story of an ongoing conversation comes from the Gospel of Luke. A debate in Judaism around this time, and for hundreds of years after, was the question that the sage asked Jesus: Who is my neighbor? The sage and many, if not most, Jews around the time of Jesus agreed that Leviticus 19:18—“and you shall love your neighbor as yourself”—was one of the two or three most important commandments (Luke 10:27).

The sage and many, if not most, Jews around the time of Jesus agreed that “you shall love your neighbor as yourself” was one of the two or three most important commandments.

But there was fairly widespread disagreement on who that neighbor was. A straightforward interpretation comes from the first half of the verse in question. Leviticus 19:18 says: “You shall not take vengeance, nor bear any grudges against the sons of your people, and you shall love your neighbor as yourself.” If the two halves of this verse are parallel, the “neighbor” was congruent to “sons of your people.” In a strict reading, a neighbor is only a fellow Israelite.

In the following years, even stricter readings of the passage were expounded. Opinions allowed for the exclusion of neighborliness from idolaters and Canaanites (b. Bava Kama 38a); from people who neglect the Torah and good deeds (b. Bava Metzia 59a); and, finally, hundreds of years later, from sectarians, apostates and informers (Avot DeRabbi Natan 1:16). In the insular, sectarian Qumran community, the only neighbors were other members of the reclusive society. All others, Jews or otherwise, were hated “sons of darkness” (Community Rule [1QS] 1:10-11).

Others took the opposite approach. Reasoning that only a few verses later God’s people are commanded to love the foreigner who resides among them as themselves (Leviticus 19:34), they argued that everyone was to be considered a neighbor. The word that we translate as neighbor (רֵעַ) in Leviticus 19 is the same root that is used to speak of Egyptians to be despoiled prior to the Exodus in Exodus 11:2. “Neighbor” must, then, transcend categories of race and religion.

Jesus knew there was an ongoing conversation about “who is the neighbor?” when the lawyer asked him to weigh in on the dispute. Jesus took the inclusive thinking to its furthest possible interpretation. Even the Samaritan descendants of the wicked priests at Bethel, who fought against Amos and worshiped God falsely (2 Kings 17:25-33), were neighbors to be loved as one’s own self. Jesus entered the conversation to say that nothing—not race, not tradition, not history, not hypocrisy and not even idolatry—disqualifies someone from being a neighbor, worthy of holistic love that we want for ourselves.

When we are tempted to jump into conversations, let us always be mindful that God is at work in the world, frequently in ways that we do not see and may not expect. And then let us also love our neighbors—all of our neighbors—as ourselves.