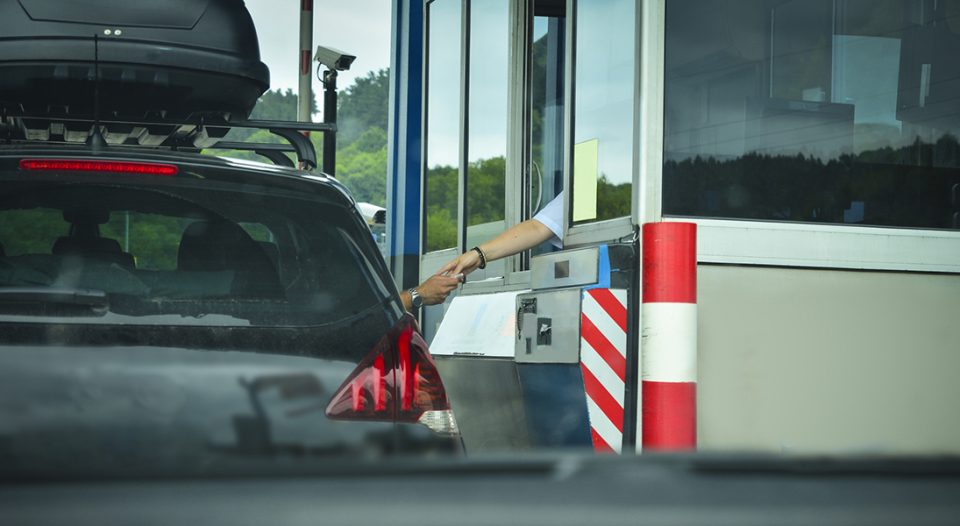 During seminary, the best summer job I had was collecting tolls on a bridge across the Mississippi River. Not quite the call of Matthew at the tax booth (Matthew 9:9), but close.

On evenings and weekends, I preached and made house calls for a congregation whose pastor had just retired. My day job gave me an opportunity to practice toll-booth evangelism. My mostly Dutch Reformed coworkers were tolerant and bemused, sometimes asking where I was going with the sermon that week.

We had three kinds of bridge patrons: the polite, the grouchy and the few who tried to run past the booth—for whom we flipped an alarm switch so the police would greet them on the other side. (Electronic toll collection didn’t exist yet.)

The mass of humanity that streamed across the mighty river was diverse. One plumber, a regular, would wipe his sweaty brow and with a big grin say, “Do you love my Jesus?” With Lutheran evangelical passion, I mumbled, “Yeah, sure.” I’d like to say I offered this terse response because I was observing professional “boundaries.” I wasn’t. I was petrified … until he became a regular.

Evangelism is a many and varied happening prompted by the Spirit.

The easy part of toll-booth evangelism was that the world came to me, so I could be passive. This was not so when I began an internship a year later. My supervisor gave me a list of 100 people that June and told me to report back to him by Labor Day on the results of visiting with each of them. The only security I had was hiding behind my clerical collar. All I can say is that the experience was a baptism by fire and that I lived to tell the story.

Recently, a dear friend and mentor of mine died. In his final days in the hospital, he kept saying, “When I get back on my feet, I want to go out and do some more visits.” His ministry values were those of personal presence; he practiced shoe-leather witnessing and loved nothing more than “pressing the flesh.” At staff meetings, he would hand out index cards for follow-up visits he insisted we make. He was not impressed with the view that this was an “old-church” paradigm. His funeral was packed not with Facebook friends but those of flesh and blood.

Evangelism is a many and varied happening prompted by the Spirit. From the relatively safe confines of scheduled hospital and pastoral visits to the wild west of cold calling to the virtual clerical collar of social media, all involve the hidden struggle of facing our vulnerability. Because it is a public happening, even at the toll booth, witnessing to Jesus is always about getting over yourself.

John Berntsen
John Berntsen is an author and a retired pastor of the Southeastern Pennsylvania Synod. He resides with his family in Bucks County, Pa.

Report from a retired pastor

Can evangelism be redeemed?

A hands-on approach to evangelism