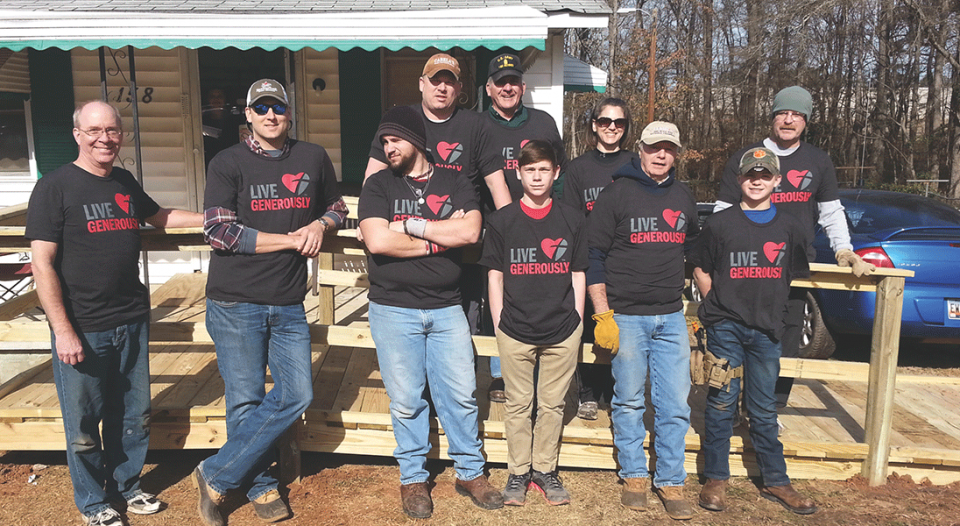 In 2008, members of Good Shepherd Lutheran in Columbia, S.C., built their first wheelchair ramp as a project during a congregation-wide service day.

Member Mike Weaver was part of that first building team. “Feedback from the family that received the ramp was very favorable, and a couple social workers at Good Shepherd asked if we could help their patients,” he said.

Since the project wasn’t yet a ministry of Good Shepherd, there wasn’t money set aside to create another ramp. But between generous donations from some members and matching funds from Thrivent Financial, Weaver said the team was able to pull together funds to build one.

And the requests kept coming.

“The generosity of the members … gave us life,” Weaver said, adding that a $2,000 gift designated for ramps given after a parishioner’s death propelled the ministry forward. Three years ago, the ramp project became an official part of the congregation’s budget.

Each ramp requires seven or eight volunteers, said Weaver, who is a frequent volunteer and ramp “point man.” Among the ministry’s 26 regular volunteers, who range in age from 14 to 80, is a retired drill sergeant, a building code expert and an Eagle Scout.

“We are like a small family within the congregational family,” Weaver said. Some, like him, say they enjoy woodworking and building. Others participate after looking for new ways to serve.

The ministry provides an opportunity for parishioners to connect and build relationships with their neighbors in the community.

During one of the first builds, a woman showed her gratitude by giving the volunteers homemade sandwiches and water. Weaver said her son has quadriplegia and hadn’t been outside in about two years. “When we were finished, the woman raced out of the house with huge tears of joy, shouting, ‘Thank you, Jesus. Thank you, Jesus,’ while pushing the wheelchair with her son down the new ramp,” he said. “The boy in the wheelchair had a huge smile on his face.”

The volunteers celebrated their 100th ramp build in May, and Weaver said the team has no plans of slowing down, with two new ramps in the works. “We will keep building as long as the funds and volunteers don’t run out,” he said.

So far, both have only grown.

God revealed through people with disabilities