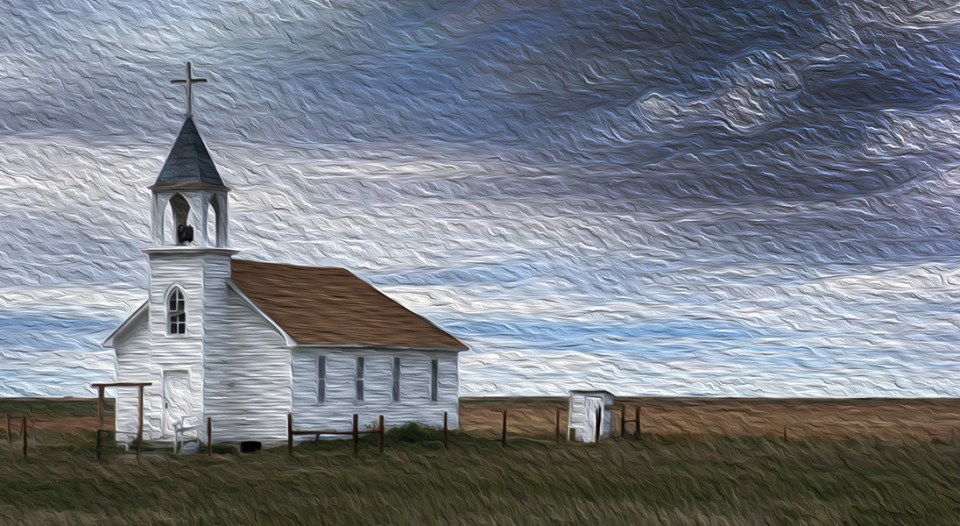 Squatting stubbornly just outside downtown Le Mars, Iowa, is a wide brick building that used to be the high school but now serves as the Plymouth County Historical Museum. The building houses tractors, old cars, even a small single-engine airplane. But the second-floor hall is a graveyard of organs and pianos, and a room right off the hall contains pulpits, pews and stained-glass windows—remnants of churches long closed.

The ELCA has lost 12% of its congregations from 2000 to 2013, according to ELCA Research and Evaluation—part of a slow downward trend that is acutely felt in rural areas, where church is not just something to do on Sunday but a center of the community, the building for fundraisers and funerals, weddings and baby showers. The older buildings are often beautiful markers of a time lost: the glowing oak pews, the sparkling stained glass. There is so much to mourn when a church is closed.

This loss is due, in part, to the continuing move from rural to urban life in the U.S.—fewer than 2% of Americans are farmers, according to the American Farm Bureau Federation. With the increased mechanization and corporatization of farms, neighbors become more far-flung. The cheap cost of gas means people can more easily commute to work in the city or find their way back home. As the miles between neighbors grow, so, too, does the social space that separates them.

The very centers of who we are as people are being shuttered, their remnants displayed in museums.

But there are other demographic trends at work too—fewer people are attending churches. In 2014, a Pew Research Center study found that Americans who attend church weekly fell to 35%, from 39% in 2007.

These are small shifts, but in an area of the country that has seen the atrophy of schools and jobs, their impact is deeply felt.

While researching my book God Land: A Story of Faith, Loss, and Renewal in Middle America (Indiana University Press, 2019), I visited many small churches, hoping to discover just what it means that, as our congregations are changing, our lives are changing. The very centers of who we are as people are being shuttered, their remnants displayed in museums.

So many congregations are doing that deeply Midwestern thing: making it work. Pastors are bi-vocational, and many of them oversee more than one congregation. Some congregations in rural commuter towns offer before- and after-school care for children. Others open their doors to 4-H groups, community meetings and so much more. Size isn’t an indicator of congregational vitality—but as rural populations decline, keeping members becomes hard and losses run deep.

“Christ had to die. If other things need to die, we need to let them.”

Once, outside of Thurman, Iowa, I was observing a particularly beautiful church that now stands shuttered and unused. I told the pastor with me how sad I was that the church was going away. She smiled and said how much it cost to heat and air-condition the building. She also told me the price of a new boiler and lamented the building’s limited accessibility for people with disabilities. “Sometimes the thing you want to hold onto is the biggest burden,” she said. “These beautiful spaces are an albatross.”

I told my own pastor—Ritva Williams of St. Stephen’s Lutheran Church in Cedar Rapids, Iowa—about the loss I’ve seen. I told her what the other pastor had said about the beautiful, burdensome buildings. Williams has also seen these losses firsthand. But she doesn’t seem worried. “The whole point of our faith is that we believe in resurrection,” she told me. “Christ had to die. If other things need to die, we need to let them. What will fill their place will be wonderful.”

Lyz Lenz
Lyz Lenz is a contributing writer for the Columbia Journalism Review. Her writing has appeared in the New York Times, the Washington Post, the Guardian and many more. Her book God Land was released this year. She is a member of St. Stephen Lutheran Church in Cedar Rapids, Iowa.

Growing the flock in rural communities