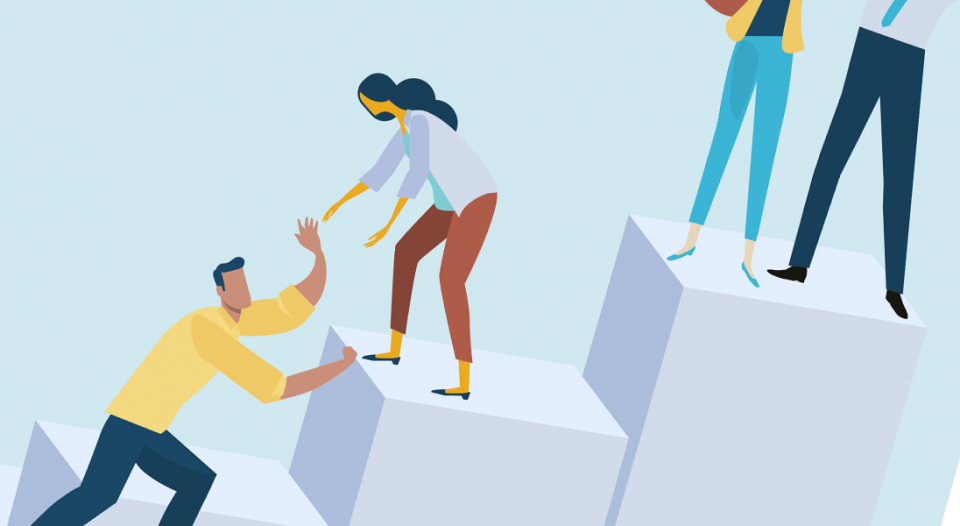 Responding to a leadership crisis in Corinth, the apostle Paul wrote: “Think of us in this way, as servants of Christ and stewards of God’s mysteries” (1 Corinthians 4:1). A particular kind of stewardship is the work of administration.
Administrators manage resources, and the primary resource in any group is people. In her book Lean In (Knopf, 2013), Sheryl Sandberg, chief operating officer of Facebook, tells the story of Harvard Business School shaping a new communal definition of leadership: “Leadership is about making others better as a result of your presence and making sure that impact lasts in your absence.”

Have you had teachers, coaches, pastors or bosses who fulfilled that definition of leadership? Perhaps your work was better because of them. And, even after they were no longer part of your daily life, the value they added, the lessons they taught and the habits they modeled continued to make a difference. (One is reminded of Jesus’ parable of the talents, in which the two stewards take talents entrusted to them and double their value.)

Administrators also steward information. The word “transparency” is everywhere in literature on management and leadership; the word “spin” is everywhere in our expectations of our leaders. Early on in one of my first jobs, I watched as someone in leadership said one thing in a morning meeting and the opposite thing in an afternoon meeting of different people. Is there a faster way to destroy trust?

“Leadership is about making others better as a result of your presence and making sure that impact lasts in your absence.”

Author and consultant Jim Collins, in his book Good to Great (HarperBusiness, 2001), refers to this discipline as the capacity to “confront the brutal facts.” We might think of Jesus predicting his own Passion throughout the last half of his ministry and the negative example of the disciples responding over and over as if they had not heard him. The disciples were so intent on telling themselves a different story that unwelcome realities—brutal facts—were lost on them, even when these were spoken by Jesus.

Paul wrote to the Corinthians that they should consider him and his co-workers “stewards of God’s mysteries.” Among the deepest mysteries of God that Christian administrators steward is the news of Christ’s death and resurrection. I sometimes remind students, “Our guy died.” Even when Paul is calling us “more than conquerors,” it is in the context of saying, “We are accounted as sheep to be slaughtered” (Romans 8:35-39).

The cross proclaims that God, in Christ, has preceded us in death and thus is with us through the worst of what happens to us and to our institutions. God is with us even when what is most beloved is dying. Administrators are called to remember this news, trust it and entrust it to others when we are all afraid. Our guy died. It’s not terribly surprising that we and what we hold dear will die too.

Administrators remember also that God, in Christ, “knows the way out of the grave,” as the late Christian author Rachel Held Evans told the 2017 Rostered Ministers Gathering. This is perhaps the deepest mystery: Christ is risen, displaying his wounds, offering peace to those he meets, breaking bread with would-be strangers and saying things to his followers such as, “I am with you always” (Matthew 28:20); “You will be my witnesses” (Acts 1:8); and “Feed my sheep” (John 21:17). To be a church administrator is to steward this story and all who live and move and have their being within it.