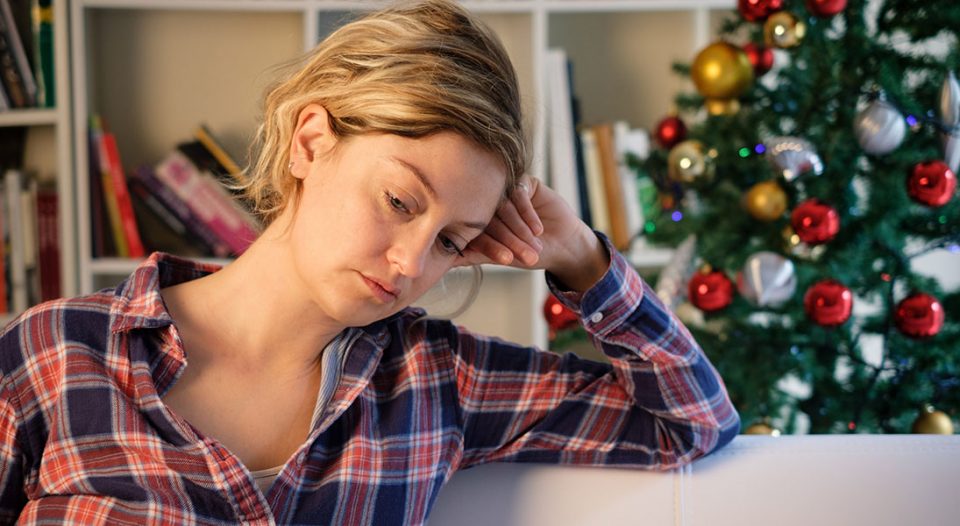 With all the celebration, family time and joy, it’s easy to forget that Advent and Christmas are difficult seasons for many people. Those who have lost loved ones feel their absence acutely during these times. The truth is that sometimes—despite how hard we pray and how much God desires peace, wholeness and joy in the world—we are let down, disappointed and hurt. We don’t have to pretend that this isn’t the case. Jesus was familiar with disappointment, feeling let down (and letting down others) and the loss of family.

After John was arrested by Herod, he sent his disciples to ask if Jesus was the coming one or if they should expect someone else (Matthew 11:3). Jesus understood that they were really asking if he was going to free John and all others who were unjustly imprisoned. Freeing people from prison was an important part of a messiah’s duty, after all.

Jesus sent back this message: “Go and tell John what you hear and see: the blind receive their sight, the lame walk, the lepers are cleansed, the deaf hear, the dead are raised, and the poor have good news brought to them. And blessed is anyone who takes no offense at me” (Matthew 11:4-6). Why would anyone take offense at Jesus healing people and announcing good news to the poor? What caused offense to John’s disciples—and probably to John also—is what Jesus very pointedly did not say.

Jesus referenced several well-known passages from the book of Isaiah, which, as we have seen these past several weeks, was hugely important during the Second Temple period as people looked for a messiah to free them from Roman and Edomite oppression. Jesus’ description of what John’s disciples saw and heard call to mind the following passages, among others.

“I am the Lord, I have called you in righteousness, I have taken you by the hand and kept you; I have given you as a covenant to the people, a light to the nations, to open the eyes that are blind, to bring out the prisoners from the dungeon, from the prison those who sit in darkness” (Isaiah 42:6-7).

“Say to those who are of a fearful heart, ‘Be strong, do not fear! Here is your God. He will come with vengeance, with terrible recompense. He will come and save you.’ Then the eyes of the blind shall be opened, and the ears of the deaf unstopped; then the lame shall leap like a deer, and the tongue of the speechless sing …” (Isaiah 35:4-6).

In introducing and framing his ministry, Jesus cited the prophet Isaiah, saying:

“The spirit of the Lord God is upon me, because the Lord has anointed me; he has sent me to bring good news to the oppressed, to bind up the brokenhearted, to proclaim liberty to the captives, and release to the prisoners; to proclaim the year of the Lord’s favor, and the day of vengeance of our God; to comfort all who mourn …” (Isaiah 61:1-2; compare to Luke 4:18-19).

In all of these passages, the actions Jesus referenced himself doing—giving sight to the blind, hearing to the deaf, preaching good news to the poor—are alongside the releasing of prisoners and God exercising divine retribution to save. But Jesus does not mention those portions of the well-known verses to John’s disciples. He is, in effect, telling his kinsman that, yes, Jesus is the messiah who was to come, but that he won’t free John, or anyone else, from earthly prisons. Certainly, the book of Acts is full of Paul and Peter being released from prisons. But, as yet, Jesus lets down his kinsman, who was murdered shortly thereafter by Herod.

There are those who mourn during what should be a joyous season. We don’t need to pretend that this is not the case. The good news is that the Christ child’s birth was not the end of history, but a new beginning.

What do we do with this? On the one hand, it shouldn’t be too surprising that sometimes we don’t get the miracle or divine intervention that we pray for. Bad things happen to good people, and people die tragically and before their time. But, on the other hand, the truth that we prepare ourselves for during Advent is that Jesus has come into this world, and he will come again. The words of Jesus’ brother, James, head of the Jerusalem church, remind us what we celebrate this season: “Be patient, therefore, beloved, until the coming of the Lord. The farmer waits for the precious crop from the earth, being patient with it until it receives the early and the late rains. You also must be patient. Strengthen your hearts, for the coming of the Lord is near” (James 5:7-8).

All is not right, right now. There are those who mourn during what should be a joyous season. We don’t need to pretend that this is not the case. The good news is that the Christ child’s birth was not the end of history, but a new beginning. God is in the ongoing process of redeeming and reconciling the universe to Godself and, one day, not only will the blind see, the deaf hear and the poor have good news proclaimed to them, but God will set all the prisoners free and give light to those who sit in darkness. Amen! Come, Lord, quickly!