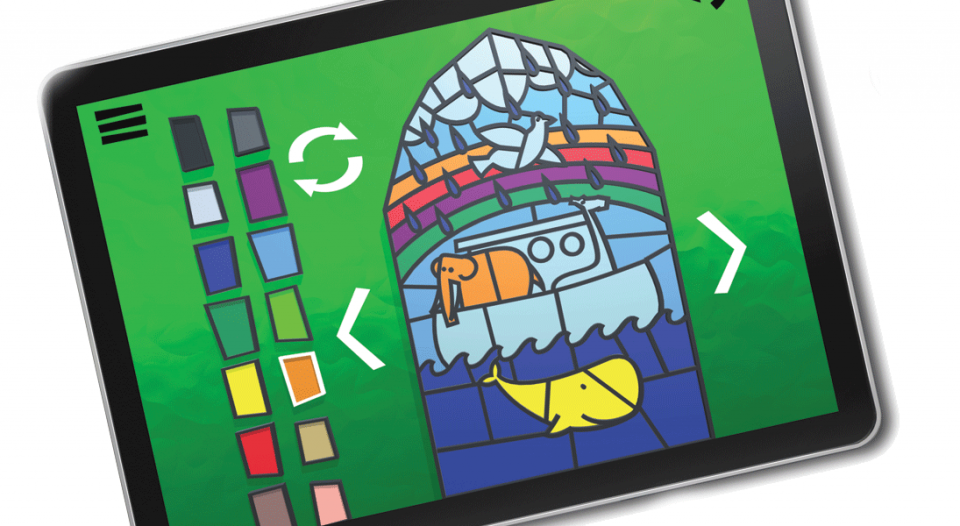 The Metropolitan New York Synod’s Children’s App was designed to engage and educate kids in the welcoming love of God.

But through a free mobile application, the synod is delivering a message through interactive play that the ELCA is a church of inclusivity and diversity. The Metropolitan New York Synod Children’s App, which was launched in November and took about a year to create, is wordless, which makes it open to anyone, regardless of age or language.

The app’s games center on a wedding service and preparing the couple and the congregation hosting the service for the big event.

Roberto Lara, the synod’s assistant to the bishop for communications and development, worked with the app’s designers and developers on its creation. He said they wanted to show the welcoming aspects of the ELCA through this key display of love.

“We knew that we didn’t want to just have a straight couple because we embrace and celebrate diversity in our church,” Lara said. “So we wanted to give the kids the option of choosing the ethnicity and gender of the couple getting married.”

To generate and develop ideas for app activities, the synod put out a call for Sunday school teachers.

The app includes artistic components such as a coloring activity with a variety of stained-glass windows and a music game with a keyboard. In addition, there’s a memory-matching game that showcases various cultures and a spot-the-differences biblical illustrations quiz.

Other activities in the app include a Bible that opens with a click, revealing six stories told through a series of images. From the Old Testament there’s the creation story, Noah and the ark, and the story of Moses. The New Testament is represented by Jesus’ birth, baptism and resurrection.

To generate and develop ideas for app activities, the synod put out a call for Sunday school teachers; about a dozen educators volunteered. The ideas continue to be updated based on feedback.

“I’m already receiving really great ideas,” Lara said. “One of our pastors was very happy with the kids being able to select the ethnicity and gender of the couple getting married. But she was kind of upset that you cannot select the gender of the pastor that is actually performing the wedding. So for sure that is something that will be added.”

For Paul T. Egensteiner, synod bishop, the app is a modern method of a timeless goal: evangelism.

“I don’t want to be trite, but that was definitely the force behind this,” he said. “How we reach kids—not just our kids, but kids in our communities, who need to be engaged on their own level.”

One child who has been engaged by the app is 10-year-old Matthew Grainson, whose parents, David and Sarajean, respectively serve as pastor and deacon of Holy Trinity Lutheran Church, Rockville Centre.

“I think it is a good thing for kids to learn the stories of God,” Matthew said. “It would be good to send it to churches, and if, for summer school, they don’t have a plan, they could just let the kids play the game.”

He enjoys the wedding aspect of the app, including the message it sends: “They’re trying to tell kids that anybody can marry anybody. A boy can marry a boy or a girl and girl, and it’s fine whoever you marry.”

Parents might be concerned that the app still amounts to screen time for children, yet David argued it’s important to accept some of today’s realities.

“Screen time is just part of kids’ lives, and it’s part of their daily routine,” he said. “I think parents would be appreciative of something that is educational and faith-based, as opposed to them just watching memes or random stuff on YouTube or something like that. It’s at least something that parents can have a sense of peace from, that what they’re getting from this is a good thing.”

Matthew is glad the synod continues to update the app, and he has a few suggestions, including adding more to the find-the-differences game and making the atmosphere of the app’s cityscape location change with the seasons.

David believes the app is a way to “meet people where they are”—even if it’s a virtual locale.

For Lara, embracing the app and other new technology is crucial to the future health of the church. “Our annual membership rates are going down. This is not just in the Lutheran church, it’s across all denominations,” he said. “All of these new technologies, all these new devices, all these new ways to connect and communicate, they offer opportunities for us. And instead of seeing those as just communication channels, we need to see them as evangelism strategies waiting for us to use them to reach out to new generations.”

New ways to proclaim the gospel

My take: The ethics of a digital world