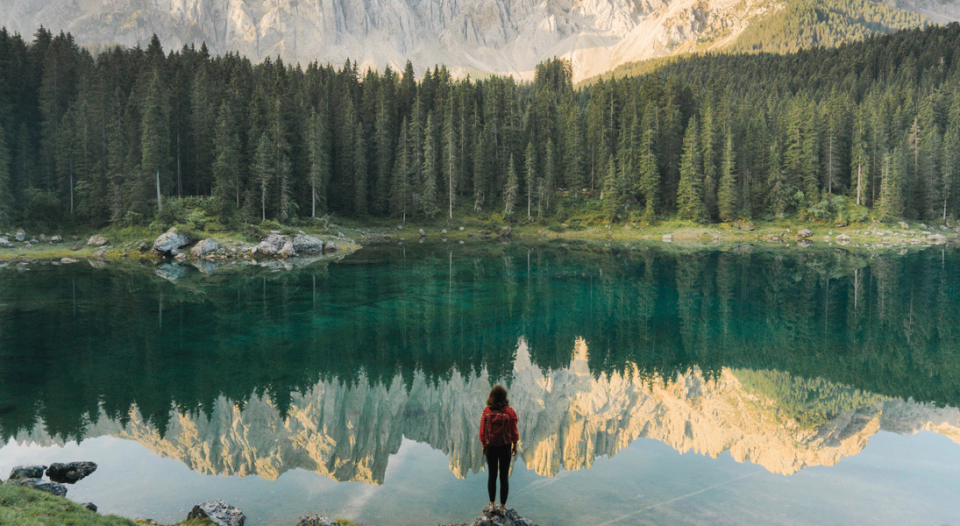 As we journey into Lent, preparing to commemorate Jesus’ death and resurrection, our lectionary readings invite us to consider his humanity.

We learn how Jesus suffered temptation (Hebrews 2:18), desperation (Luke 22:42-44) and grief (John 11:33). These stories remind us that, through Jesus, God accompanies us through life’s trials and uncertainties. But even before the incarnation, God walked alongside God’s people.

One of my favorite stories of God accompanying us comes from Genesis. God created and then placed the human in the garden (2:15). I grew up hearing that humans were created in the Garden of Eden. I now believe that the person who would be divided into Adam and Eve was created somewhere else and taken into the garden by God. And God went into that garden to walk with them in the cooling part of the evening (3:8).

Even after Adam and Eve were expelled from the garden, God continued pursuing God’s people. In Genesis 12, God commanded Abram to leave his home and family for a new land. God must have accompanied Abram in some sense to confirm when he had arrived. This was the beginning of the great adventure of faith—God’s people choosing to go with God.

Just as God called people in the past into unfamiliar places, today God calls us to release the familiar and journey into the unknown.

As the Israelites escaped slavery in Egypt, God promised to be with them in the wilderness. When they were thirsty, God commanded Moses to strike a rock, which provided water (Exodus 17:6). That rock was the same one on which God stood in the sight of Moses and the elders of Israel (17:5-6). This rock traveled with them through the wilderness and provided water for them on multiple occasions (Numbers 20).

The notion that God had journeyed with God’s people was so strong that Paul identified the thirst-quenching rock as Jesus himself (1 Corinthians 10:4)!

Just as God called people in the past into unfamiliar places, today God calls us to release the familiar and journey into the unknown. The exceedingly good news is that God continues to accompany God’s people.

Listen. God is calling us into our neighborhoods, our cities and the world to spread the good news and to love our neighbors. Go with God!

‘If God calls us, we are coming’