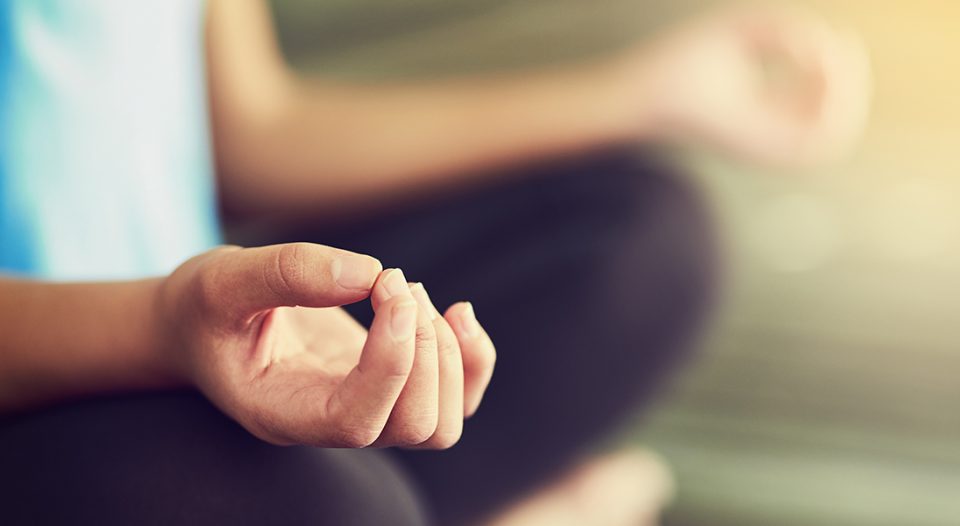 By nature, I’m not a still person. My brain clicks on moments before I’m fully awake, making plans, forming judgments and coming up with ideas. It continues to do so all day until, just before I turn off the lights, I finally shut down. As you may have guessed, the biblical instruction “Be still, and know that I am God” (Psalm 46:10) is one of the most difficult for me to follow. Be still? How? There’s so much to do.

On March 12, I decided to start physically distancing myself because of the coronavirus. I’m not especially high-risk, but I wanted to protect my mother, who is quite healthy but in her 70s. I’m able to work at home since the University of Pittsburgh, where I teach, has switched to online-only classes. Well-aware of my privilege, I was a little too excited about the amount of writing, cleaning, cooking and crafting I was going to get done. And for a few days, I was so productive! Then I woke up in the middle of the night on Saturday, feverish and in pain.

Over the next day, I learned that one of my teeth was badly cracked. It required a root canal but was so infected that a course of antibiotics would be needed first. What I had initially seen as a staycation had become a self-quarantine to fight for my health. For the next few days, I slept in 14-hour stretches, ate little beyond soup, and watched my fever fluctuate based on how long it had been since I’d taken an antibiotic. I didn’t cross anything off my to-do list. Whether I liked it or not, I was still.

Yet, I didn’t learn my lesson, even as I began to feel better. With a root canal finally scheduled for Monday morning, I awoke that day full of plans. “Will I be able to chew anything immediately?” I thought. “Probably not. Fine, so I’ll need to plan a dinner that ….” Then the phone rang. I learned that, due to an “overabundance of caution,” nearly every dentist in Pennsylvania had been shut down, another result of the coronavirus and the shelter-in-place order.

“Despair” seems overdramatic, but that’s what I felt. Having the surgery canceled was already cruel, but it was even worse to learn that no one knew when it could be rescheduled. One dentist advised me to prepare for months of waiting, unable to chew, in pain. I didn’t accept what I was told and demanded a return to health. I refused to acknowledge that, even as I was truly suffering, I was still better off than thousands of people. I ranted, yelled and sobbed. In short, I was not still.

I was home, and the only thing left to do was be still. To know that there was God. So, finally, I was.

Finally, I began to calm down, realizing that I had tasks that needed to be done. I found a kind dentist who tried to explain what was happening and promised to be a resource for me in the days ahead. I began figuring out how to eat more nutritiously in case I really did have months of soft foods ahead. I sent texts and messages to people who cared. I updated my Facebook account and scrolled through the expressions of horror and sympathy.

Eventually, though, there was nothing more to do. Everyone who needed to know, knew. All medical provisions I could make were stocked. I’d even gone to the grocery store with my pitiful shopping list (“soup, ice cream, soft cheese???”). I was home, and the only thing left to do was be still. To know that there was God. So, finally, I was.

I suppose the usual turn this devotion should take would be to chastise myself for not turning to God, for not being still, earlier. And yes, I certainly went through anguish in order to arrive at a place of stillness. But I don’t think God is a bird who waits for calm before it lands. God was with me when I was self-satisfied and when I was wailing, as well as when I was calm.

It’s not God who turns away, ever. Whether I am—or we are—frantic with pain, angry with fear or, finally, 12 days later, sore from the operation and finally still, God was with me, with us. God is the stillness. God is there.

Shannon Reed
Shannon Reed is a professor and freelance writer. The daughter and granddaughter of ELCA clergy, she is a member of Zion Lutheran Church in Pittsburgh.

Be still and know that I am God

God’s love is with us — amid great challenges

Shaping the church for the COVID-19 generation

My take: The church is not closed