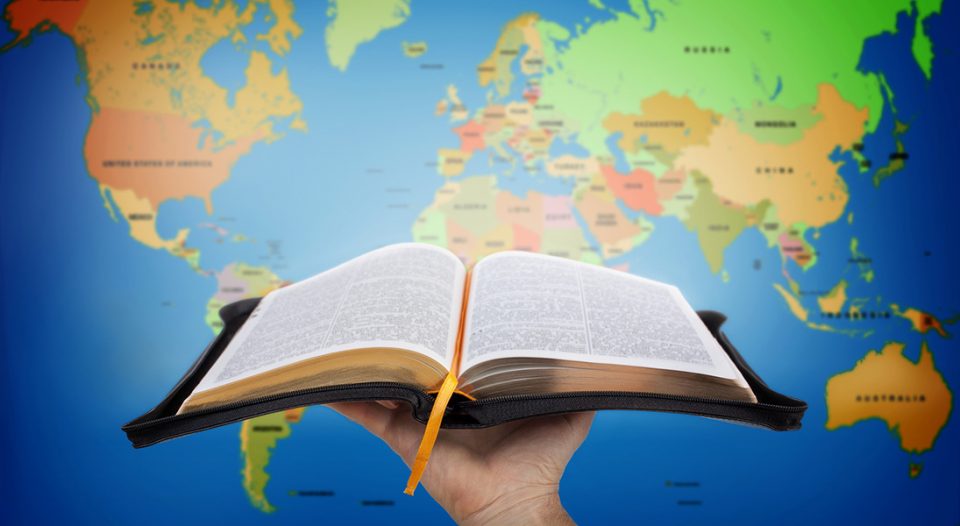 Matthew is my favorite Gospel. I’m excited for this long season after Pentecost, in which we will dig into this book. I love how it focuses on Jesus’ teaching ministry. In a world unsettled by massive changes (like first-century Judea and Galilee under Roman rule and domination, respectively), Jesus commanded his followers to love each other, commit themselves to nonviolent resistance of injustice, and embrace the world-changing humility of small things such as mustard seeds and leaven.

In our own challenging and frightful times (though who knows what the world will be like when you read this!), Matthew reminds us that Jesus calls his followers to not accept what German theologian Dietrich Bonhoeffer called “cheap grace,” which doesn’t demand anything of a believer. Instead, his followers are to do the difficult work of taking up our crosses (Matthew 16:24) by dying to self and living for God and for our neighbors. Jesus calls out as an authoritative master teacher, one who has trod the path already and calls for his disciples to follow him.

At the very end of this Gospel, Jesus wanted to be sure that his disciples would hold to what he had been instilling in them during their earthly discipleship period. He ordered them to go and make disciples of all nations, baptizing them in the “name of the Father and of the Son and of the Holy Spirit,” and teaching them to obey all that Jesus had commanded them (28:19-20). I heard “the Great Commission” many times while I was growing up in church. But the version I heard emphasized the going to all nations to help them believe, and then baptizing in the trinitarian formula. The bit about making disciples was left out. The work of being and making disciples is, according to Jesus, teaching people to obey all of his commandments.

He ordered them to go and make disciples of all nations, baptizing them in the “name of the Father and of the Son and of the Holy Spirit,” and teaching them to obey all that Jesus had commanded them.

If people wanted to join them, the potential disciples were to be baptized in the name of the Father, Son and Spirit. Until well after Jesus’ resurrection, if gentiles (“all nations”) were baptized by disciples of a rabbi, that would mark an essential part of a conversion into Judaism. But that doesn’t seem to be what Jesus had in mind here (but I certainly understand Peter’s confusion in Acts 10). Instead, Jesus was inaugurating a new sort of conversion ceremony by which gentiles would be welcomed and claimed by the God of Israel, through the work of Jesus and by the Spirit’s power.

But on what authority did Jesus institute this new understanding of a baptized community? Jesus told his disciples that all authority in heaven and earth had been given to him (Matthew 28:18). The writers of the early church looked to Psalm 8 as a key support of his claim. Peter (1 Peter 3:22), Paul (1 Corinthians 15:27) and the author of Hebrews (2:9) read Psalm 8 and applied the following passage to Jesus:

What are human beings that you are mindful of them,
mortals that you care for them?
Yet you have made them a little lower than God,
and crowned them with glory and honor.
You have given them dominion over the works of your hands;
you have put all things under their feet … (4-6).

The author of Hebrews argues that in the incarnation, Jesus was made to be a bit lower than angels, but upon his resurrection and accession, he returned to his rightful place of authority with God the Father.

It’s from this exalted place that Jesus is still—mysteriously but powerfully—with us. Jesus assured his disciples that he would be with them until the end of the age (Matthew 28:20). In doing so, he echoed God’s promise to be with God’s people, not just as a presence—though certainly that would be enough—but as an advocate, protector and savior (Genesis 26:24 and 28:15, Isaiah 41:10, Jeremiah 1:8 and 42:11).

When Jesus tells us to go and make disciples, baptizing in the name of the Father, Son and Spirit, and instructing us to instruct others in all his commandments, he does so as one with authority (Matthew 7:29) and as one who promises to be with us and take care of us.

I’m very much looking forward to the next several months of reading back through Matthew and reviewing how Jesus taught and how he lived, and why he instructs us to do likewise.