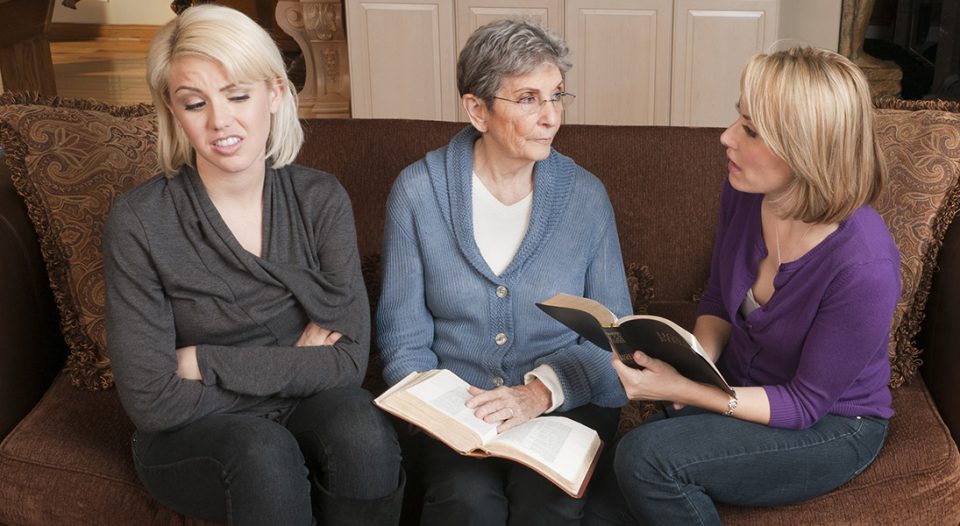 When I was growing up, I was into reading comic books and playing computer games. In other words, I was a nerd. Thirty years ago, my interests weren’t as socially acceptable as they are today—which reflects a beautiful reality that we’ve come into. I was mocked ceaselessly. I tried to be interested in sports and cars, but I just wasn’t. Eventually, I grew up and became more comfortable in my own skin. I stopped trying to be interested in other things and just focused on living as who God created me to be. This week’s lectionary readings center on folks experiencing criticism for being true to what God has entrusted to them.

Jeremiah is often called the weeping prophet because he deeply regretted having to give such bleak prophesies to Judah. In thinking back to his early prophetic career as a young man, Jeremiah used troubling language as he remembered God “seducing” him into his role and overpowering his objections. When Jeremiah began prophesying, he became a laughingstock (Jeremiah 20:7). But he couldn’t seem to quiet the divine voice rising up within him like a fire in his bones (20:9). The prophet proclaimed “violence and destruction” and “terror is all around!” (20:8, 10). This caused the people who couldn’t bring themselves to see the truth that Jeremiah proclaimed (idolatry, callousness toward the oppressed and a refusal to follow God’s commands had led to the downfall of their society) to attack God’s messenger.

Just before the pericope opens, Jeremiah prophesied that Judah would be smashed because the people had worshiped other gods through disgusting child sacrifice. A priest named Pashhur (I read the name as “prosperity everywhere” coming from from פשׁח, abundance, and סחור, to travel around) locked Jeremiah in the stocks just outside the temple compound for a day and night because he dared to give this grave prophesy. This treatment at the hands of a clergyperson, who was more devoted to preaching a message of national triumph than serving God, elicited Jeremiah’s prayer that we read this week.

When Jeremiah was finally released, he offered a prophesy against Pashhur that was a play on the meaning of the priest’s name. Jeremiah said God didn’t name the apostatizing priest Pashhur/prosperity everywhere, but Magor M’sibib/terror all around. In other words, Jeremiah was mocked for his message of God’s judgment on a sick society, but those who proclaimed prosperity for a society that was rotten to the core would find themselves in terror when they could no longer blind themselves to the truth.

Jesus is saying that we need to be prepared for even our families to question our judgment for really following Jesus.

The psalmist identifies deeply with Jeremiah’s suffering for daring to proclaim God’s evaluation of the world. The leader of Israel’s songs and prayers proclaims to God: “It is for your sake I have borne reproach” (Psalm 69:7). Even the psalmist’s family and siblings have turned away from him on account of his faithfulness to God’s call. Yet, the psalmist proclaims that zeal for God’s house consumes him (69:9).

Jesus also faced mocking and ridicule (and eventually his own murder) for daring to speak and embody the message that God had entrusted to him. Jesus tried to prepare his followers for the persecution that they would face by saying the disciple is like the teacher. Jesus made a pun by saying that, if they call the master of the house Beelzebul (a derogatory renaming of a Philistine god of Ekron as “master of the high house” to “the lord of dung” in Aramaic), how much more the members of his household (Matthew 10:25)?  Jesus warned those who follow him that if people say he is literally the lord of feces, they will say that about his disciples—and worse.

In this context of being mocked and mistreated for being faithful to God’s mission, Jesus warns them in advance to prioritize God over even family members. Jesus quotes Micah 7:6 to say that family members will try to dissuade people from authentically following God. As is nearly always the case when Jesus quotes the Hebrew Bible, the reader is meant to call to mind the next few words after he stopped quoting:

Friends, times are tough, conspiracy theories are floating around, and people want to force other folks to go back to work so they aren’t inconvenienced. The good news is that the kingdom of God is at hand. When we pray, as Jesus taught us, “your kingdom come, your will be done on earth as in heaven,” that is a prayer God loves to answer. We need not be shy or scared about living into who God has called us to be. When we proclaim that loving God necessitates loving our neighbor as we love ourselves, there are some people who will mock us for that sentiment. Yet, we are called to be Christ to one another, and to withstand reproach.