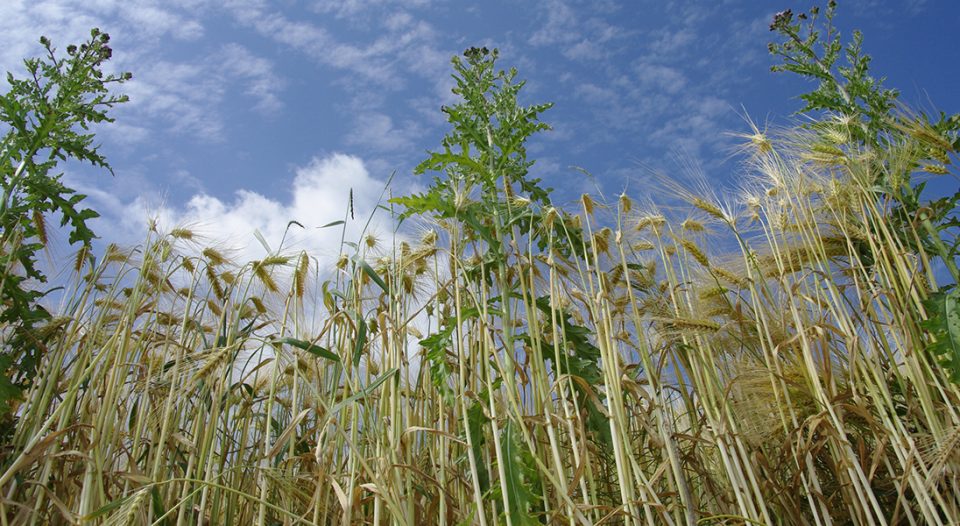 One of the many reasons that I like the Gospel of Matthew so much is that it is full of clear and consistent themes. As a master teacher, Jesus finds many ways to teach essentially the same lesson in different contexts. By doing so, he purposefully created a web of meanings and a system of symbols that all point to one conclusion: Jesus’ followers will be known by their fruitful love. Of course, we know that we can bear no good fruit on our own. But when we are graciously connected by God to Jesus, we are expected to produce good fruit for God and our neighbors (John 15:1-5).

In interpreting the parable of the wheat and the weeds, it’s necessary to reflect on what the symbols stand for. Helpfully, Jesus explains the parable in verses 36-43. The master (Jesus) sows good seed (humans who follow God) in the field (earth). An enemy (the Satan) sows bad seed (humans who follow the evil one). Servants (angels) ask the master if he wants them to uproot the weeds. The master says no, because in uprooting the weeds they may uproot the good wheat as well. Instead, they should wait until the final harvest, when the weeds—as well as the causes of sin (41)—will be thrown into the fire.

I’ve heard this passage preached to say that we aren’t to try to differentiate or separate Christians from non-Christians. But, of course, that isn’t the role of humans in this parable. Humans aren’t the servants or reapers. Instead, we are either wheat or weeds. It’s not up to us to separate or not. The role of the human/plants in this parable is to grow and produce grain. But what kind of grain is produced?

Good wheat seed will produce grain that can be milled to provide that most basic of human foods: bread. The weeds that the enemy sows are specifically chosen to provide dangerous results. The Greek word we translate as “weeds” or “tares” ζιζάνια (zizania) is probably a loan word from Hebrew זונין (zunin). This word specifies that the enemy has sown the bearded tare. When young, bearded tare looks almost exactly like wheat, but when it starts to produce its seed, it creates a black grain that hosts a toxic fungus. Instead of nourishing grain, the enemy sows seeds that grow to produce lethal fruit.

It’s important to note that even the angels, depicted as the master’s servants here, only realize that something is amiss when the plants start to produce their grain (Matthew 13:26-27). The wheat is recognized as good fruit; the tares’ toxic fruit is recognized as well. This insistence on knowing a person by the fruit that she produces is one of Jesus’ constant themes. Even before telling this parable of the wheat and weeds, Jesus has already taught twice that we will recognize the kind of tree/person by the fruits that he produces (Matthew 7:16-20, 12:33). Also in the Gospel of John, Jesus’ followers producing good fruit is a key concern (15:8, 16). Being aware of the kind of fruit that we are producing—whether it is nutritious or toxic for others—is the key focus of this passage.

Amid the growth of deadly fruit, the master’s patience is remarkable. I think telling his servants to wait until harvesttime to separate the wheat from the tares has two motivations. Jesus states the first motivation explicitly—prematurely removing the weeds might damage the wheat that produces good grain (Matthew 13:29). The second motivation, I think, has to do with the preaching and hearing of the parable itself. Jesus lived, preached, healed, died and was resurrected publicly in order to make God’s love known and manifest. One of the hopeful implications of a delayed harvest is that God graciously gives humans time to repent and produce better fruit. Just like in the parable of the fig tree (Luke 13:6-9) and the song of the vineyard (Isaiah 5:1-7), in the parable of the wheat and weeds, Jesus is patient and does everything possible to coax good fruit of love, justice and righteousness out of God’s people.

We know that God is patient, kind and loving. We also know that Jesus’ followers are expected to produce good—not toxic—fruit in our world, as a natural outcome of being connected to the true vine of Jesus. The parable of the wheat and weeds reminds us that we do not and cannot do anything to save ourselves. But at the same time, Jesus, who has already saved us and called us God’s children, expects us to produce good fruit through our words and deeds to help sustain our world.

Lectionary blog: Face like flint, tongue of a teacher