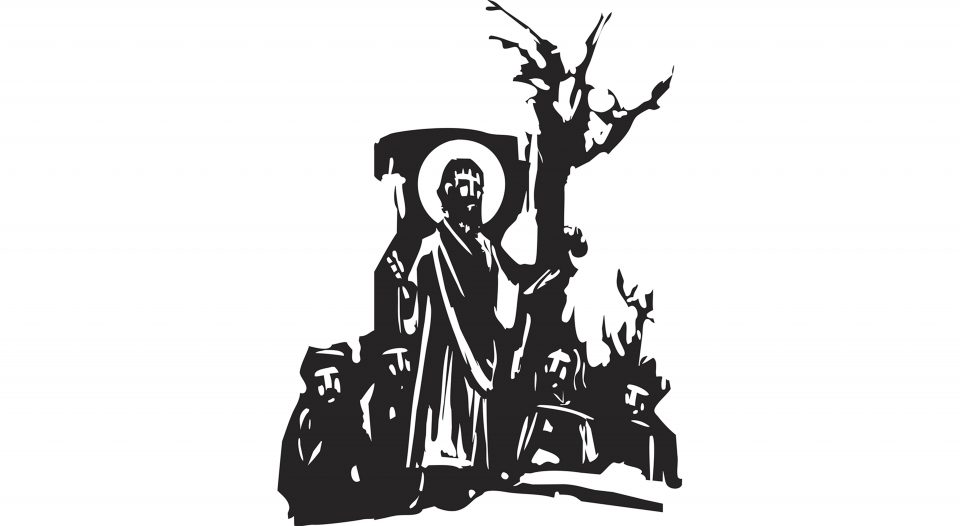 At first glance, this week’s passages could not be more different in terms of God and Jesus’ publicity. The Isaiah passage asks again and again: “Do you not know? Have you not seen? Has it not been told to you from the beginning? Have you not understood since the founding of the earth? Have you not heard? (Isaiah 40:21, 28). Readers of Isaiah are challenged about why they have not understood what God has done.

This week’s reading from Mark, however, furthers the idea of the Messianic secret. The secrecy in this passage is similar to last week’s Gospel lesson where Jesus drove out an unclean spirit in the synagogue at Capernaum. In Mark 1:29-34, we learn that Jesus drove out demons at the door of Peter’s mother-in-law’s house but would not let them speak “because they knew who he was” (34). In this Gospel lesson, Jesus tried to keep who he is a secret, at least at first.

A few weeks ago, we read Luke’s account of the witnesses of Hannah and Simeon as they proclaimed Jesus in the temple. Those stories from Jesus’ childhood aren’t part of Mark’s witness. Jesus’ status as the messiah was a secret, but only from humans. At his baptism, God identified the beloved Son. Although the demons who were being driven out knew who Jesus was, he didn’t want them to tell. Why? I think Jesus wanted to keep people focused on his mission rather than on his titles.

Not only would Jesus not let the demons testify to the people that he was the messiah, but he also refused to stay in one place and become a popular miracle worker. Jesus said explicitly that preaching was the reason that he came.

When we look back at the Isaiah passage, God’s work is described in three main categories. God creates and stretches out the heavens (22, 26 and 28). God acts against princes and rulers of this world and brings them to nothing (23, 24 and 25). And, finally, God strengthens the weary and increases the power of the weak (29-31). These signs should be manifest to anyone observing the world, according to Isaiah’s thinking. No matter how arrogant or prideful, the tyrant grasp on power crumbles. The poor and weak somehow have the strength to carry on, even in the midst of systemic oppression. Most tellingly, for Isaiah, the created world continues to exist. This is all due to the active intervention of God.

The work of Jesus in Mark is not as grandiose, initially. After gaining notoriety around Capernaum, such that everyone was looking for him (37), Jesus suggested going somewhere else—to the nearby villages—so that he could preach (38). The first disciples must have been perplexed at this. Healing and driving out demons were bringing tremendous crowds and fame to Jesus. Isn’t this a successful ministry: fame and growing numbers of people attending? Not only would Jesus not let the demons testify to the people that he was the messiah, but he also refused to stay in one place and become a popular miracle worker. Jesus said explicitly that preaching was the reason that he came (Mark 1:38).

Ask most Christians “Why Jesus?” and you will receive many different answers, but probably most will focus on his salvific work on the cross. But in the Gospel of Mark, Jesus plainly stated that his reason for coming was to preach. Being too famous, or letting people know who he was too early in his ministry, would have distracted from what he actually came to do: proclaim how the kingdom of God is at hand.

In the days before Covid-19 (and hopefully after!), when a band released a new album and went on tour to promote it, most fans just wanted to hear the old classics that made the group famous. Jesus was wary that he would become famous for working miracles or even being the promised messiah, and that no one would be interested in hearing his reinterpretation of the law and his new teachings. So he shunned the spotlight and didn’t proclaim who he was at first, at least according to Mark. I wonder if, today, our Christology and soteriology prevent us sometimes from really hearing and taking seriously what Jesus said.

To be sure, Jesus didn’t refuse to heal people or perform miracles. He did that wherever he went. But Jesus kept his focus on the real reason that he came: teaching about the kingdom of heaven that was breaking into the world in a radically new way. The challenge for us, then, is to take Jesus at his word—that the reason he came was to teach. Scripture is a rich library, and there are many different perspectives on Jesus’ life. This multivocal witness is a treasure, and we do well to embrace it. So let us, this year at least, sit with Mark’s Gospel and consider Jesus’ words in the red letters as the reason for his coming.

Lectionary blog: Is God on vacation?