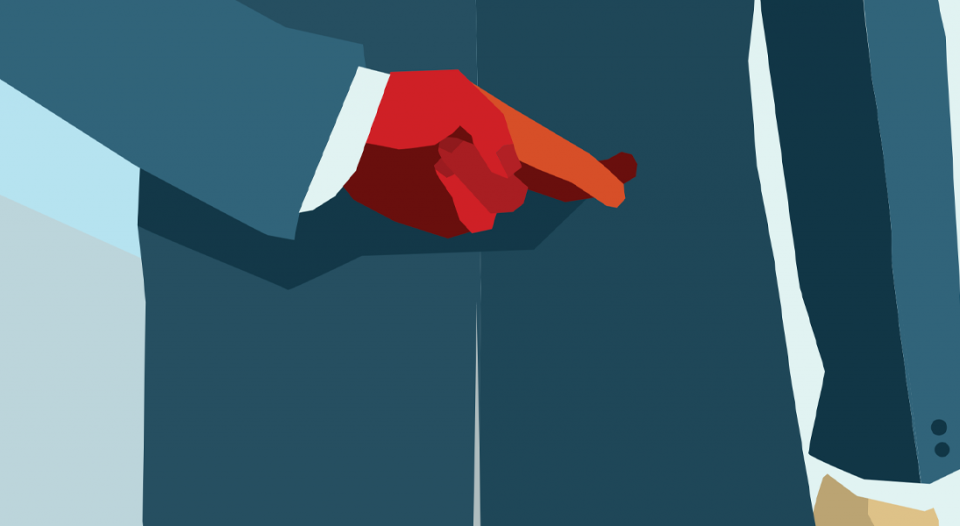 In the title tale of Karen Russell’s wry collection of short stories, Orange World (Knopf, 2019), a fearful mother, worried about her baby, strikes a deal with the devil, who usually appears as a nocturnal fox stalking the neighborhood.

“I can help you,” the voice offers.

“That’s the wrong question. What would you like me to do?”

When I arrived on campus for seminary in fall 1981, certain I’d be kicked out during the first semester for all the doubts I secretly harbored, it was popular for future pastors in the classes above us “juniors” to sidle up and mischievously ask: “Do you believe in the devil?”

Lutherans and many other Protestants have found it increasingly difficult to believe in organized spiritual evil in the world. Denominational magazine surveys consistently reveal a much higher percentage of respondents who believe in the existence of God compared to God’s biblical nemesis.

“The repertoire of evil has never been richer,” writes Andrew Delbanco in The Death of Satan: How Americans Have Lost the Sense of Evil (Farrar Straus & Giroux, 1995). “Yet never have our responses been so weak. We have no language for connecting our inner lives with the horrors that pass before our eyes in the outer world.”

The malevolent force usually known as “Satan” also goes by a variety of other names—Beelzebul (literally, “Lord of the flies”) and Lucifer. The latter name is especially curious as it means “one who bears light.”

Evil in the Bible is normally not the creepy, projectile-vomiting, head-spinning entity depicted in a spate of popular exorcism movies. I don’t completely discount occurrences of demonic possession. Esteemed psychologist M. Scott Peck wrote about attending an exorcism that left him shaken in People of the Lie (Simon & Schuster, 1983).

Denominational magazine surveys consistently reveal a much higher percentage of respondents who believe in the existence of God compared to God’s biblical nemesis.

Demons, “unclean spirits,” appear with some frequency in the pages of the New Testament. They first appear in Mark’s Gospel, not in some out-of-the-way shady locale where “bad” people hang out but instead in a religious setting among Sabbath worshipers (Mark 1:21-28). Ponder that. Personified evil first raises its ugly head in Jesus’ public ministry among the devout.

Even so, after three decades of experiencing a variety of pastoral oddities, I confess that blatant demon possession is not among them. Our church secretary, Amy, used to field occasional phone calls from concerned residents of our city wondering if we offered scheduled exorcism services. “I can’t recall the last one,” she once deftly replied.

Malicious forces, in my experience, are usually a lot more subtle—indeed, they often masquerade as light, undercover, offering things that, at first glance, don’t look all that bad.

After all, Jesus wasn’t tempted in the wilderness by things that looked patently evil. He was tempted by three things that looked pretty darn good—to be relevant, sensational and powerful. He refuses all three shiny and devilish offerings by quoting Scripture, specifically Deuteronomy. Russian novelist Fyodor Dostoevsky (1821-1881) once made a remarkable claim about this story: “If all the copies of the Bible were destroyed and only this [temptation] narrative was left, it would be enough to save us.”

The devil can also quote the Bible (Luke 4:9-11) or maybe hold the big black tome aloft in a city square, feigning truth and confidence in a magical book that rarely gets opened by many who call it “holy.”

In John’s Gospel, the author trots out a title for the devil that is used only once in the Bible: “the father of lies” (8:44). John is obsessed with “truth” in his Gospel and uses that word (or “true”) a whopping 43 times.

In many baptismal liturgies, candidates for the sacrament are still asked a very old question that stretches back to the early centuries of the church: “Do you renounce all the forces of evil, the devil and all his empty promises?”

My son, then 7, was angry at me before church one Sunday morning. When I asked this question to the baptismal group with the children of the church also gathered around the font, he looked me straight in the eyes and thundered, “No!” It brought down the house.

Long ago, with baptisms at the Great Easter Vigil, this ancient question was accompanied by an actual liturgical spitting toward the western darkness (the devil) before being plunged, sans clothing, into the waters of a new life, embracing the sun (Son) rising in the east. Baptismal renunciation of evil forces was once a much more protracted process, often encompassing several weeks of scrutiny.

The Christian love of truth is rapidly vanishing in America as many hold their noses (or embrace with gusto) and vote for political leaders who chronically lie.

I appreciate Stringfellow’s shout-out to our Lutheran spiritual forebear, Martin. While translating the New Testament into the common language of the German people in the 16th century, Luther once famously threw an inkwell at the devil who was trying to divert the poor guy from his holy task. The stain on the wall at Wartburg Castle supposedly still exists.