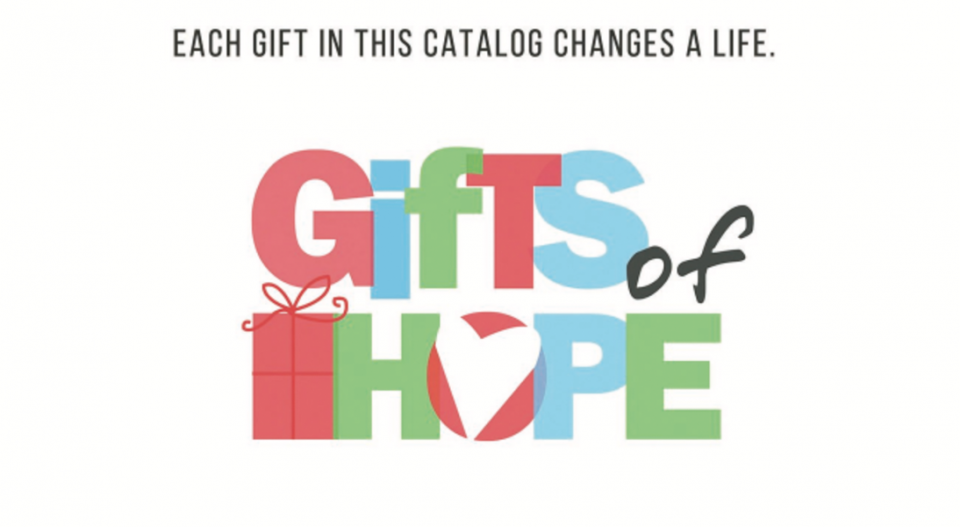 A Nebraska congregation’s annual holiday market turned hope into action more than ever in 2020, ending a year of uncertainty and transition with a triumphant exclamation point thanks to some flexibility and creativity.

Despite a global pandemic and the unrelated departure of all three of its rostered ministers to new calls, First Lutheran Church in Lincoln generated a record $16,650 in sales and donations last year through its Gifts of Hope market—all of which funds the service agencies that are the market’s partners.

“The decision to move this year’s market into an online catalog meant that the limitations of time and distance were erased,” said Barbara Johnson Frank, part of the Gifts of Hope leadership team. “Shoppers from Nebraska, California, Pennsylvania, Montana, Washington, Minnesota, Illinois and Ireland browsed our interactive digital catalog starting just after Thanksgiving and then entered the virtual market on Dec. 5 and 6.

“From the comfort of their kitchens or living rooms, they were able to select gifts that offer hope to people locally, regionally and around the globe.”

In April 2020, Sunni Richardson, First’s deacon, was called to a newly created position as director of leadership development with the Nebraska Synod. Subsequently, Dan Warnes retired as one of the congregation’s pastors and became a hospice chaplain. Then Justin Eller, another pastor, received a call to become assistant to the bishop of the Southeastern Synod, focusing on Latino ministry strategy while serving as associate pastor of two merging congregations.

“Typically, Sunni convened the Gifts of Hope planning group and often ended up being the point person, but the intent was always that the market be lay-led,” Frank said. “We were grateful that when Steve Griffith came on board as our transition pastor, he became an enthusiastic supporter of Gifts of Hope. The unexpected need to alter a First Lutheran tradition actually ended up bringing fresh opportunities and growth. It reminded us that God always richly blesses us with life-giving hope.”

Kathleen Simley, First’s communications director, described the latest version of the market as “a bustling place in cyberspace” operating under the theme “gifts that give twice”—once when recipients open them and again when the proceeds help improve the lives of the partners’ clients for the better.

Richardson was still at First when it was time to assemble the Gifts of Hope planning team for its first meeting of 2020—an in-person gathering in March, just before COVID-19 exploded nationwide.

In addition to Frank and Simley, the team included First members Annette Watts, Judy Batterman, Kay Rockwell, Mary Rogge and Nancy Hoppner. By midsummer, the group recognized that the market, which had produced a then-record $14,000 in 2019, couldn’t be held as usual.

So Simley began researching catalog software, and the planning group, buoyed by the possibilities of a digital marketplace, considered local, regional and global nonprofit partners that might collect donations or sell their wares through the site.

The other four are community-based, headquartered in Lincoln or Omaha: Matt Talbot Kitchen & Outreach, focused on those experiencing homelessness; the Center for Legal Immigration Assistance; CEDARS, a home for children whose families are in crisis; and Gotta Be Me Inc., which promotes inclusion of people with disabilities.

“Online, Gifts of Hope positioned the giver and recipient smack-dab in the middle of stories that need to be told.”

The interactive Gifts of Hope catalog offered an eclectic mix of shopping and donating possibilities, among them sanitation supplies and personal protective gear for health and safety workers; holiday gifts, clothing and infant formula for children in foster care; soap, laundry supplies and bed rolls for those without homes; and gifts for loved ones, including shopping bags, hot pads and wool earrings.

Shopping and donating began at 8 a.m. on Dec. 5 and continued busily through 10 p.m. the next day.

Gifts of Hope originated in a 2008 holiday market at First that raised $1,500 for a school in Uganda. Later, fair-trade products were added to the mix. Proceeds supported a church fund for families in need and supply kits for foster and adoptive parents. The current partnership model has been in place since 2014.

“Online, Gifts of Hope positioned the giver and recipient smack-dab in the middle of stories that need to be told,” Frank said. “Offering Gifts of Hope through our homegrown, interactive digital catalog offered opportunities for learning and family conversations, allowing time for people to find themselves in the stories. Maybe in the future we’ll offer [a combined] in-person/virtual hybrid marketplace.

“For now, my dream is that Gifts of Hope will spark interest in creating everyday connections with the people and groups the catalog represented.”