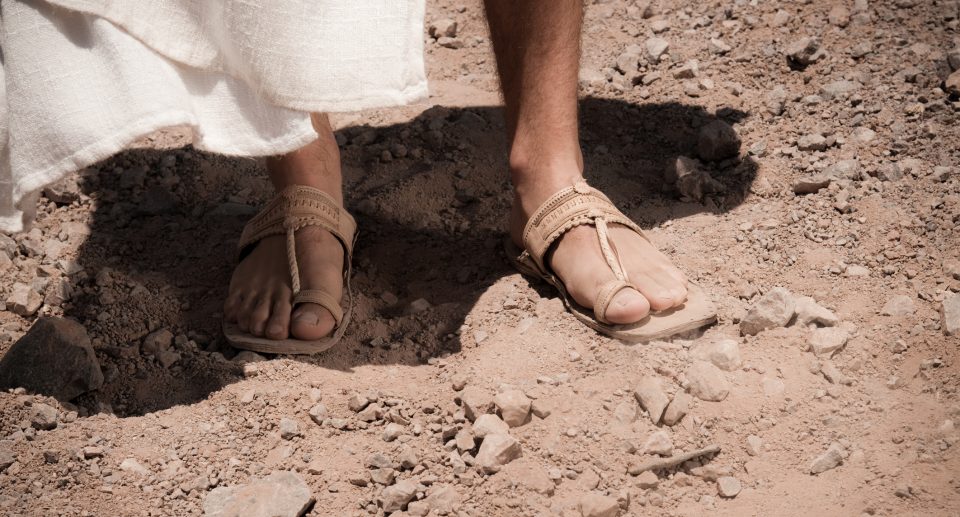 This week, both the Hebrew Bible passage and the Gospel lesson point to God’s concern for justice and healing in the whole world, not just for people from certain countries.

In a sampling from the book of Proverbs, the lectionary reminds us about God’s concern for everyone. We are told:

Those who are generous will be blessed, for they share their bread with the poor (22:9).

Do not rob the poor because they are poor, or crush the afflicted at the gate; for the Lord pleads their cause and despoils of life those who despoil them (22:22-23).

Jesus put these principles into action during his trips outside of traditionally Jewish territories.

After his difficult sayings cost him many disciples, Jesus left the vicinity of Galilee and headed north to pagan territory. There he encountered a Syrophoenician woman whose daughter was plagued by demon possession.

True to Mark’s presentation of Jesus as one seeking solitude, he entered a house and tried to keep it a secret—but he was discovered (7:24). The woman begged for help with her daughter, but Jesus said it wasn’t right to take the children’s bread and throw it to the dogs. First the children should eat all that they want. Here Jesus was again referring to himself as the bread of life and said that he had come first to offer himself to the children of Israel.

The woman correctly deduced the difficult meaning of Jesus’ saying and responded: Even the dogs under the table eat the children’s crumbs. In both of their statements, Jesus was the bread, the children were the Jews and the dogs were those outside of Judaism. The woman, in effect, was saying, “Look around you, Jesus! There are no ‘children’ clamoring to eat your bread. You’re not in Galilee or Judea. You fled. You think of yourself as bread, but what you really are is just a crumb that the children have happily let fall from the table. I may be a dog, but I’m hungry for you and willing to do whatever it takes for you to heal my daughter!”

Her answer clearly delighted Jesus. He specifically cites the woman’s response as his reason for healing her daughter (29). Jesus had made the journey to the region of Tyre and had hoped to be left alone. But he met a woman who bested him in trading barbs, and he healed her daughter because of her witty dressing down.

Jesus was intentional about sharing the bread of life with foreigners and walked to where he knew he would encounter them.

After this, Jesus left the region and headed south. He crossed Galilee and kept going until he entered the Decapolis. This region was an outpost of Greco-Roman culture that was surrounded by Semitic-language-speaking Nabatean Arabs, Arameans, Galileans, Samaritans and Judeans. Jesus couldn’t have picked a more obviously pagan location (except for Tyre, where he was coming from). Even here, people begged him to heal a man who was deaf and mostly mute.

Jesus again sought privacy (33) and then healed the man. He did so by physical touching, including spitting, and deeply sighing an Aramaic command: Affatha. Mark’s Gospel is certain to record the detail that it wasn’t Greek, but Semitic-language commands that Jesus used to heal the man. Once again, Jesus put ethno-linguistic distance between himself and the beneficiary of his holy power. But the man doesn’t seem to have minded. The crowd even testified: “He has done everything well!”

Christians are frequently disappointed by Jesus’ actions in this pericope. That’s OK! It’s good to have an emotional reaction to Scripture and let it challenge us. Sometimes we, maybe especially Lutherans, like to skip straight to Peter and Paul and neglect much of the rest of Scripture. Jesus, like his Father, is partial to Israel. God is also partial to the poor (James 2:5) and chose them first. But does that mean God doesn’t love or desire the salvation of the rich? By no means!

Jesus was intentional about sharing the bread of life with foreigners and walked to where he knew he would encounter them. We can’t miss that it was Jesus who went to foreign lands and shared God’s healing power with non-Jews. Jesus’ mission was never to be ethnically limited, but it does have a starting place in a specific people. Salvation is from the Jews (John 4:22). Yet the bread of life was and is to be shared with everyone.