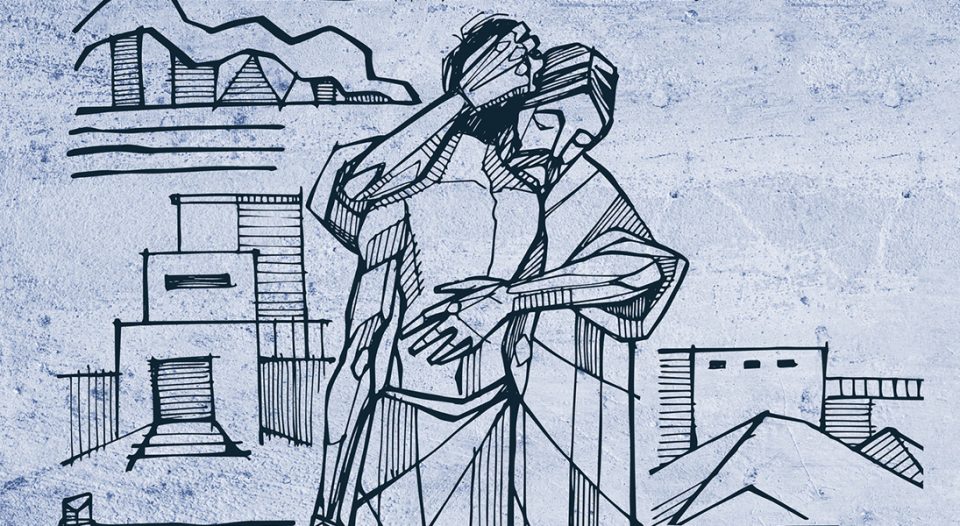 When the study group I was leading turned to the passage about the wasteful son, the welcoming father and the reluctant older child, someone said: “Oh no, it’s ‘dump on the older son Sunday,’ again.” He was right. When you hear this passage preached, how often is the wastefulness and profound disrespect of the younger son excused while the brother’s hurt is turned into blame? And what of the father? Is he a good example of God’s love, or something else? To understand this passage, we must read it in context.

Luke 15 has three parables in a row that deal with lost things. The point of all of them is that, while humans can lose things and be happy when they find them, God and the angels don’t “lose” people and, accordingly, rejoice even more than humans when the lost are found.

The first two parables are well-known. A man had 100 sheep and lost one of them, so he left the 99 and searched for the one until he found it. When he got home, he threw a party for his neighbors to celebrate finding the lost sheep. Jesus says there is more rejoicing in heaven over one penitent than in 99 people who don’t need to repent (if such a thing were possible). In the second story, a woman lost a coin and swept and cleaned until she found it. When she found it, she, too, has a party to celebrate the recovery of her lost thing. Jesus says that, in the same way, there is great joy over one sinner who repents.

Then the story of the wasteful son is told as a third example. But, as is often the case in these tale types, this story has a little bit of a surprise or an altered detail. Think of Goldilocks and the three bears: “Someone has been sleeping in Papa Bear’s bed. Someone has been sleeping in Mama Bear’s bed. Someone has been sleeping in Baby Bear’s bed—and she’s still there!” In the example of the wasteful son, a child isn’t lost but sent away. When the son asks for his share of the inheritance, the father gives it to him without protest or warning. This isn’t a case of an accidentally lost coin or a sheep that wandered away without the shepherd noticing. The father gives the lad the means to leave and doesn’t appear to try to stop him.

You know how the story goes. The son wastes his money. Finding that he can’t support himself without his father’s wealth, he returns home, seeking only to be a hired hand. While the lad was yet a long way off, the father, presumably regretting his earlier decision to fund his child’s departure, sees his son and runs to embrace him. The father orders many servants to bring a new wardrobe and jewelry for his returned son, to kill the fattened calf and to prepare a party to welcome him home.

While the father sends servants here and there to celebrate his younger son’s homecoming, he doesn’t dispatch any of them to tell his older son. Upon hearing the party music, the older son summons a nearby servant to ask what is going on. He learns that his father is throwing an extravagant party but didn’t invite him. So he refuses to join the celebration, wounded by his father’s lack of inclusion or thoughtfulness. This father has not just lost one son, but two, because of his carelessness.

While the lad was yet a long way off, the father, presumably regretting his earlier decision to fund his child’s departure, sees his son and runs to embrace him.

We need to be clear: these passages aren’t saying that God is like a shepherd who loses a sheep, a woman who loses a coin or a man who doesn’t care for his sons very well. Instead, the point of these parables is that the celebration in heaven is a wilder party when someone returns to their heavenly parent, who would never willingly let anyone go and would never forget to invite someone to the party.

Jesus made a similar argument a few chapters earlier in Luke, saying that no parent gives a child a snake when they ask for a fish or a scorpion when they ask for an egg. So if human parents, who aren’t perfect, know how to give good gifts to their children, how much more does God desire to give God’s abiding presence to those who ask (Luke 11:11-13)? If humans who lose things, even if they are complicit in the loss, celebrate when they recover their lost thing, how much more does God celebrate the return of a lost soul?

I think healthy interpretations of this parable must resist too-closely identifying the human father with God. What we are meant to understand is that, when we see imperfect, human examples of joy, repentance and restoration, we are meant to be encouraged to know that no parties will ever be wilder—or more inclusive—than those in God’s presence who celebrate any and every child of God coming home.