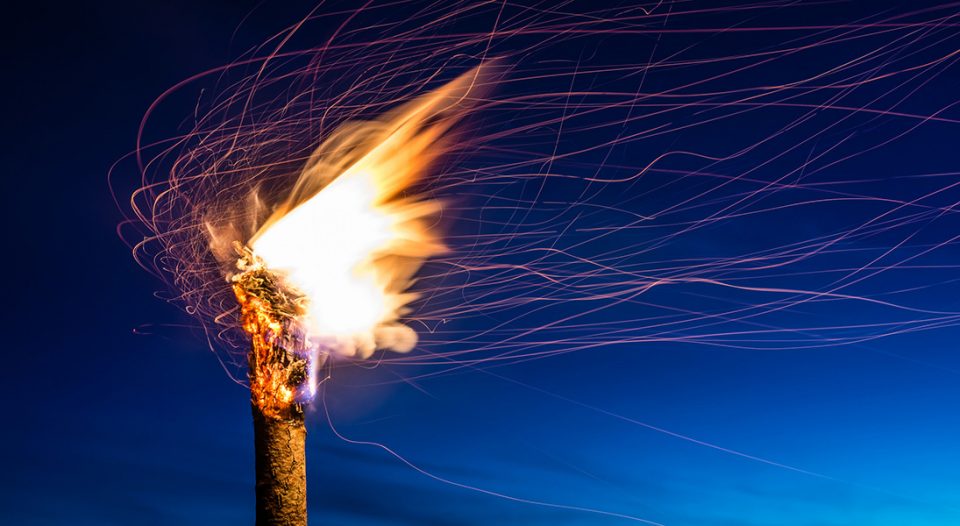 Genesis 15 is one of my favorite passages to teach because it helps remind us of the importance of reading Scripture through other cultural lenses. Here in the heart of Genesis, God displays phenomenal grace, patience and justice, while at the same time, contextualizing God’s promises in terms humans can understand

Although Abram and Sarai were old, they still wanted children. When Abram was told that God would be his shield and great reward, he argued that it didn’t mean anything because he had no descendants. Then God made the fabulous promise to an old man that he would have biological children and grandchildren who would eventually number more than the observable stars. God would also give Abram the land on which he was wandering about. To seal this covenant, God gave a sign and prophesy.

Let’s turn to the prophesy first. This section (Genesis 15:13-16) isn’t part of this week’s lectionary readings, but it’s too important to be left out. Here God described the Israelite’s sojourn in Egypt and how Abram’s descendants would be abused, mistreated and eventually enslaved. But then God promised that the nation that oppressed the Israelites would be judged, and that Abram’s descendants would receive reparations for the slavery and genocide committed against them (14). Please note, even before the Exodus, God had planned that the Israelites, when they were emancipated, would receive reparations as they departed Egypt (Exodus 3:21-22), which is exactly what happened (Exodus 12:35-36). God insists that those who benefit from forced labor owe reparations to the people they have oppressed.

But God also promised that Abram would die in peace, long before these events, and that his descendants would return to the land that he and Sarai were traveling across. God’s justice is crucial to notice here. The Israelites wouldn’t be allowed to return to the land until the Amorites’ wickedness was fulfilled (Genesis 15:16). God wasn’t willing to displace the Amorites before they had done sins worthy of expulsion. The Israelites remembered that God would only tolerate so much evil in the Holy Land before tossing out the inhabitants, whoever they may be—Israelites included (Deuteronomy 28:62-63; Leviticus 18:28).

God symbolically walks the blood path twice, first as a smoking firepot and then as a flaming torch.

As a sign of this covenant, God told Abram to bring a cow, a sheep, a goat and two birds. God gave no other instructions, but Abram knew what to do. This wasn’t a sacrifice. The animals weren’t burnt to be symbolically eaten by God, nor did any humans share the meal. Instead, Abram did the incredibly difficult work of cutting the mammals in half longways, from their head to their tail, and placing them across from each other. The blood that accumulated between the carcasses was a powerful symbol of oath-making (Genesis 15:10). This ritual was well-known in the ancient world, but few readers today know of it. The two parties of a covenant or treaty would take turns walking between the animal parts, getting as much blood and gore on their sandals, legs and garments as possible. The bloody garments were set aside as a reminder of the oath they had made that day.

And what had they promised by walking between dead animals? “If I fail to live up to what I am promising, you may kill me and splash my blood on the ground, just as we are splashing in animal blood today.” See Jeremiah 34:18-20, which discusses the consequences of breaking this kind of covenant.

God wanted Abram to see how completely God was committed to the covenant. But a covenant takes two partners. This wasn’t a royal grant or gift, but a covenant ritual. God promised descendants and land—and was willing to walk the so-called “blood path” to commit to this promise.

What was Abram’s responsibility in this covenant? Scholars differ on this understanding, but I think Genesis 17:1-2 makes the most sense in the context: “I am God Almighty; walk before me, and be blameless. I will make my covenant between me and you, and will make you exceedingly numerous.” If Abram failed to be blameless, God would be within rights to strike him down at any time after he walked between the animal parts.

Here is where the covenant ceremony becomes especially interesting. God doesn’t let Abram walk between the animal parts to incur the consequences of failing to live blamelessly. Instead, God symbolically walks the blood path twice, first as a smoking firepot and then as a flaming torch (Genesis 15:17). If God failed to deliver descendants for Abram or bring them to the Land, God would take the punishment. If Abram, or his descendants, failed to live blameless lives, God would also bear the consequences of their behaviors. The good news, here in Genesis 15, is that God promises to rescue people from the consequences of their/our sin and to pour out God’s blood when we fail to live blamelessly. God walks in our place, to save us.