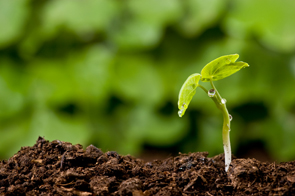 “For our sake he was crucified under Pontius Pilate; he suffered death and was buried.”

Every week Christians around the world recite these words of the Nicene Creed.

Jesus really died. Subjected to a torturous death in a public execution, his lifeless body was removed from the cross, hurriedly wrapped in a linen shroud and then placed in a rock tomb, sealed with a stone.

The witnesses to this event are named in the Gospel accounts. The death of Jesus is no bit of deception.

Easter people do more than admit that death is real. We confront it.

Through the centuries since that first Good Friday, depictions of the crucifixion have been a major focus of devotion for Jesus’ followers. A cross bearing the dead body of Jesus is, for many, the central image of Christianity.

For the reality of this world is that death is most often ugly, tortured and evil. It strikes capriciously, ripping apart families and communities.

It can, with seeming indifference, deliver its verdict both slowly and painfully, or so swiftly that survivors are left reeling in shock and disbelief.

In too many places it is employed by those who hire it for their own ends: to silence opponents and terrify the helpless.

The last enemy is death. And death must never be underestimated in its ability to humiliate, deform and dehumanize those in its grip.

Easter people living in this world

Followers of Jesus Christ do not deny any of that about death. Being an Easter people is not about making light of the reality of the world.

Jesus entered fully into the Good Friday state of this cosmos with all its raw violence and depraved sinfulness.

He embraced being fully human, including that fate that stalks and claims all life in this Good Friday world.

It is only when death claims Jesus as its ultimate victim that the great shocking surprise occurrs: Jesus claims death, and death’s finality is defeated on that battlefield of the cross.

In this Good Friday world of death and destruction, we claim the death of Jesus as our place of refuge.

With the writer of Colossians, we declare that we have already died, and our life is hidden in Christ. Death is real, with all its painful potentiality, but the victory of Jesus Christ is more real yet.

Hidden in Christ, we dare to live in defiance of what death may yet do to us. Death is not the end; instead, the end is the beginning with the one who bears the marks of his death on his risen, living body.

Easter people gather weekly to worship in prisons, such as the South Dakota State Penitentiary in Sioux Falls.

Christians from outside the prison gather with the members of St. Dysmas Prison Congregation (inside the walls) in response to Jesus’ words in Matthew 25:36, “I was in prison and you visited me.”

Some say that this kind of ministry is a frill, or at best is an engagement in wishful thinking, given the high rate of recidivism for those released from prison.

But those who have been there say that being with these prison inmates for this time of prayer and devotion in the prison chapel is what real Easter life is all about, that it has changed their lives and understanding of the presence of the risen Christ in the midst of those serving prison sentences.

Or it looks like any one of the hundreds of small congregations scattered across the land, many in small towns and sparsely populated rural areas of this country, in which people meet to pray, teach, respond to needs locally and across the globe, and celebrate the risen life of a Savior who lived and died and rose nearly 2,000 years ago in a land far away from theirs.

Their size and struggle to remain open and financially viable doesn’t begin to explain the hope and joy present in their gatherings.

They know their ministry and existence is in response to the call extended to them to serve one another, without having any idea if their congregation will last past their own lifetimes.

Such things are in God’s hands, and for now it is enough that the risen Lord is in their midst, celebrating with them the gift of life that is their blessing now.

It happens over and over. Easter people live on borrowed time, refusing to “be practical” in the face of overwhelming odds.

Even when failure and total defeat is certain, those whose lives are hidden with Christ in God know that what is done in Jesus’ name never is wasted.

In God’s time, old wrongs can be set right; destroyed cities can be rebuilt, oppressed peoples can be set free and the poor can be filled with good things.

When one has been set free by God in Jesus Christ from the fear of death, then there is nothing that any tyrant can threaten that will undo the hope that Easter brings.

In a Good Friday world, Easter people proclaim the truth: Claimed by the Crucified One, our life begins in the grave.

Erma Wolf is an ordained pastor seeking a call to an ELCA parish. She is also part of the adjunct faculty for the Institute of Lutheran Theology.

Lectionary blog: “And then .…”