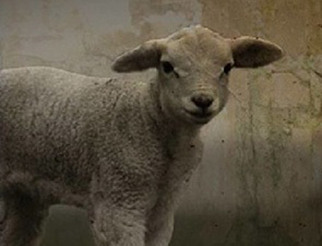 The other night we had to explain to our 9-year-old daughter what the Holocaust was.

Not because she is learning about it in school, but because it is part of our family story. It is part of her story.

I”m a Lutheran pastor. My wife is Jewish. Her ancestors come from Poland. My wife’s grandmother, we call her Bubbie Helen, was just a teenager when World War II erupted. She lived with her mother, Ella, an accomplished portrait photographer, who owned her own studio in Warsaw, and cared for her sick mother. Her father, Eser, was a traveling encyclopedia salesman. When the war broke out he was in the United States and he sent them letters urging them to leave Poland before the Nazis invaded. Helen’s mother refused to leave her sick mother.

But Helen did leave. At 16 years old, she set out from Poland. Her father sent her letters leading her to the next safe house. They led her across Siberia, to China, to Japan, where she was on the last U.S. refugee ship to California before Japan bombed Pearl Harbor. She arrived in California speaking only Yiddish and with no money. She was taken in by two professors at Cal Berkeley who taught her English. She believed her father was in New York City. His last name was Goldberg. And they called every variation of that name in the New York City phone book until they found him. It took two years until they were reunited.

Later they learned that the rest of Helen’s family died at Auschwitz. My wife’s small family is all that remains.

Now my daughter knows the horrible tragedy of the Holocaust, but also that she comes from a line of strong women, like her great-grandmother Helen, her grandmother, her aunt, and her mom. She knows more now about the evil human beings can perpetrate against one another. She also knows more about strength and courage and living in hope. It is a lesson that our younger three children will also learn in time.

This is part of the beauty and the tension we experience as an interfaith family. We have two beautiful traditions, with rich spiritual practices, that do much good in the world. At the same time, we share a tragic history, in which the Lutheran theology to which I”ve dedicated my life in ministry was twisted in order to justify killing my wife’s ancestors. I am constantly aware of it, especially when I preach and teach, and at times I find it difficult to reconcile.

Pesach and the Paschal Feast

This time of year brings both this beauty and the tension in sharp relief for us. We love celebrating Passover with family and friends. We hear again, “Why is this night different from all other nights?” and each year the kids remember a little more of the story about the night the Israelites survived the tenth and final plague (the Passover), gained release from Egypt, and began their Exodus. We pray, talk and sing; the kids love searching for the Afikomen.

And we eat the same food made with the same recipes that Bubbie Helen, who died 15 years ago, used to make.

In close proximity, sometimes within the very same week, we also wave palms on Palm Sunday and celebrate the Easter resurrection with great joy. The kids wear their Easter best. We hunt for Easter eggs, have lunch with friends, and then I fall asleep on their couch.

We enjoy each observance immensely.

A hard time at Holy Week

At the same time, Holy Week is a challenging week for us because it has historically been the cause and occasion for great violence, especially against Jewish people.

Christians have, until relatively recently, blamed Jews for the death of Jesus; the passion readings, for centuries, incited people to leave their churches on Good Friday and commit terrible acts of violence against Jewish people. Fortunately, that has changed. Scholars have helped us see that culpability lies with the Romans: The cross was their means of execution, and they held the ultimate power over the occupied Jews.

Even so, the language of blame persists, especially in Matthew’s Gospel, which I find piercing and difficult to read aloud. Matthew, with its condemnations of the Jews, with the words “let his blood be on our children” put right into their very own mouths, makes me shiver.  Because now those are my children too.

It is a haunting legacy that affects us still, which is one reason why I won”t pray the Bidding Prayer for Jews on Good Friday.

On the flip side, we also feel quite acutely the tendency toward Christian supersessionism, which has led to the unfortunate corollary that Jewish people are blind and that Judaism is an incomplete religion, a tradition that has also had disastrous results.

Given our family and its story, we are very sensitive to the images and language we use. We say “Hebrew Bible” or “Hebrew Scriptures” rather than “Old Testament.” When I preach on the Hebrew Scriptures, I say, “Christians interpret this passage in this way …” It is important to speak with caution, not only for the sake of history, but because of the increasing number of interfaith families that fill our congregations.

We celebrate Passover and Easter on their own terms, as their own distinct observances. We treat each religion as complete in-and-of itself. We don”t practice Christian Seders. We do not try to Judaize Christian practice, nor do we Christianize Jewish practice. We seek to preserve the integrity of each.

Living in the beauty and the tension

One of my favorite things about our family is that our kids, who are 9, 7 and 4, (and are baptized) always have to be reminded. “Now, who in our family is Jewish? OK, who are Christian?” They are growing up with an awareness and appreciation of other practices and traditions that I never had.

They will inevitably learn the beauty and the tension of being an interfaith family. Our hope is that they will navigate a religiously and culturally diverse world with openness, understanding, and appreciation of other traditions and will be willing to defend those who suffer for their faith.

Have a blessed Passover and Easter.

Keith Anderson
Keith Anderson is the pastor of Upper Dublin Lutheran Church, an ELCA congregation in Ambler, Pa., and is co-author with Elizabeth Drescher of “Click2Save: The Digital Ministry Bible,” a hands-on guide to social media for ministry. Find a link to Keith Anderson’s blog Pastor Keith Anderson at Lutheran Blogs.