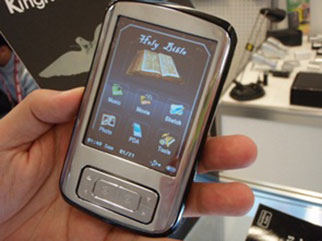 In the recent research report, “The State of the Bible,” the Barna Group found that 69 percent of Americans believe the Bible provides answers on how to live a meaningful life. Although 79 percent believe they are knowledgeable about the Bible over 50 percent were unable to correctly identify the first five books.

Other findings from the report are:

Whenever he is approached by someone who wants to begin reading the Bible, he suggests that they read the scriptures in the following order:

Read the stories in Genesis, Exodus, Joshua, Judges, 1 and 2 Samuel, 1 and 2 Kings, Matthew, Mark, Luke, John and Acts. Once the reader gets a good feel for the events in these books, they can begin to wade through some of the other writings: the Epistles, the Prophets, the Psalms and Proverbs. Leave the legal and visionary stuff for last: Revelation, Leviticus, Numbers, Deuteronomy and Ecclesiastes.

To dig deeper into the scriptures you can find resources and suggestions on the Book of Faith Initiative’s website.

Open the scripture and join the conversation.

Is America facing a “post-Christian” future?