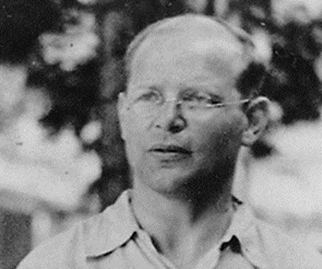 Originally posted April 9, 2013, at A Pastor in the Parish. Republished with permission of the author.

I cannot help it. I get a little bent out of shape every April 9. Dietrich Bonhoeffer quotes get passed around on the date of his death, which is great, because there are a lot of really powerful quotes from Bonhoeffer. In fact, just this morning I retweeted and included in a weekly update email his quote, “God does not give us everything we want, but he does fulfill all his promises.” In a culture that sees God as a great wish-granter, Bonhoeffer speaks about God’s greater reality, to provide what has been promised, not what we think we want.

However, it is common to attribute to Bonhoeffer the status of martyr. Across ecumenical lines Bonhoeffer is frequently called a martyr. A number of his biographies, including the recent Metaxas bio, use “martyr” in the title. The prevalence of the title does make me realize I am in the minority opinion here, but I do not believe Bonhoeffer is a martyr. Both the “Lutheran Book of Worship” and “Evangelical Lutheran Worship” omit “martyr” from their attribution, the former calling Bonhoeffer “teacher,” the latter “theologian.” But many others use “martyr.”

Throughout Christian history there are in fact martyrs, people who have been killed because they simply are Christian, or because being Christian prohibited them from worshiping other gods. The early church is rife with martyrs. Every once in a while, even now, there are people who are killed for their faith. But Bonhoeffer is not one those.

As I read Bonhoeffer’s story, I understand that he was killed because he got wrapped up in a plot to assassinate Hitler. When he was arrested, it was not because he was a Christian. He was arrested because the plot failed and the authorities treated him the way any government would have treated an insurgent.

Do not get me wrong. I respect Bonhoeffer’s theological acumen, routinely referencing them. One year when the lectionary led us through the Sermon on the Mount, I used Bonhoeffer’s section of “The Cost of Discipleship” that walked through this passage of Scripture. But his response to Hitler is more of despair than faith, it seems. Bonhoeffer knew the plot was wrong, but he decided he would rather be wrong than do nothing. The reality was, of course, that he was not “doing nothing.” He had been living out his call as a pastor and a theologian in the church by participating in the Confessing Church movement when the German church became corrupted and controlled by Nazi ideals. He helped raise other faithful clergy in the secret seminary that was the seedbed out of which “Life Together” came. But rather than keep up with those activities, he got wrapped up in the assassination plot. The strength of the Christian witness is that some who seem to be passively resisting with means such as prayer, fasting, and right worship, are not passive at all. They need not be on the front lines meeting deadly force with force. I am no pacifist. There are some who are called to fight and oppose aggression with aggression. There are, however, others also called to provide another response that is just as powerful.

I am not one to speculate much about how I would respond in such a time. Thankfully, I did not live during that time and did not need to make that decision. Nor do I damn Bonhoeffer for his decision to participate in the plot. In my view he might have made a bad choice, and it does not take away from his work as pastor, theologian and teacher of the church. As I said, I realize I am in the minority. I am willing to be considered wrong. Maybe the term has shifted in meaning. But I worry that we so badly desire to hold someone up as a martyr, that we risk confusing the heart of what it means to be a martyr.

Find a link to Brian Bennett’s blog, A Pastor in the Parish, at Lutheran Blogs.