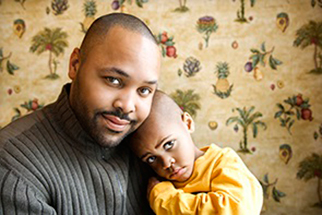 I am still filled with a number of emotions days after the George Zimmerman verdict.

I have been struggling with the words of Jesus, “Love your enemies,” as they relate to this miscarriage of justice and so many miscarriages of justice when I think about how the criminal justice system has meted out longer sentences for young African American males than White males who are charged with the same crimes. I wrote in another venue that this was a murder case and yet the subtext was race.

The truth of the matter is that Trayvon should still be alive. His only crime was that he was a young African American male. There was no good reason and no real justification for George Zimmerman to follow him and yet Mr. Zimmerman’s defense team sought to turn Trayvon into the bad guy.

Trayvon Martin was a 17-year-old young Black male but he represents a great many young Black males who are stopped each day driving in communities where people believe they do not belong.

Last evening our youngest son Skyped. He is a well-educated African American young man who has a very good position at a Big Ten university. The conversation eventually got around to Trayvon. At some point he said, “Mom and Dad, that could have been me.” It was a comment that sent a chill through me because I know that he spoke a truth, a possibility that we think about as African American parents. It is why after each time that we talk with our youngest son in particular, because he is single, his mother will end the conversation with, “be careful.” There is a historical awareness of how too many African Americans have been falsely accused and killed simply because of the color of their skin that is underneath and behind that small piece of advice. That is both the ache and the worry that we carry as African American parents.

Our son went on to say, “People might listen to my iPod and hear some of my music and might conclude that I am a thug. My physical appearance — he is 6’-1” — could be intimidating to some people.” You see this is both the sadness and the tragedy. Before my son could open his mouth, before you can learn of his education or his profession, someone could have made a judgment about him based solely on the color of his skin, or the type of clothing he is wearing or the kind of music he may be listening to or that may be resting on his iPod.

I heard a White citizen comment about the Zimmerman trial — that it was political. He was displeased with President Obama who, shortly after Trayvon was murdered, said that Trayvon could have been his son. Yes, this was a political case. Every time a Black man is killed by a White man in this country it is political and it has racial overtones given the role that race has played in America. It has shaped and governed the relationship especially between African Americans and Whites historically and even now for good or ill.

I am chagrined when I hear White people who say to Blacks that what happened to Trayvon was not about race and that we should get over this and move on. This sentiment coming from people who have never been owned, who have never had their fathers, grandfathers, great-grandfathers or uncles lynched or their mothers and grandmothers and sisters raped at will. All of our sons grew up around White people, lived in diverse communities and went to schools where there was a large presence of Whites as well as those of ethnic groups.

They are comfortable with having a wide variety of friends and yet our youngest would also tell us of a time when he was followed by a police officer as he was driving to a friend’s house on the east side of Milwaukee (an affluent and primarily White neighborhood). He was followed not because the car was filled with a group of teens who looked like they were out for a joy ride. He was the only one in the car. He was followed not because he had broken any law. He was driving below the speed limit. There was nothing mechanically or physically wrong with the car. The car was making no loud noise. He was followed only because the policeman assumed that he did not belong in that neighborhood. He had no business there. This is the nagging ugliness that is ever present for every African American but particularly for African American males. It is why we worry as African American parents.

Trayvon belonged in that neighborhood. It was his father’s neighborhood — he was there with his father. When he went to that store, his father probably thought nothing of it. He certainly did not anticipate getting a call or a visit from the police telling him that his son had been killed.

Trayvon did not have to die. He was a teenager armed with a bag of Skittles and a cellphone being followed and reacting to what he perceived to be a threat. Our youngest son, well-educated, a professional, an entrepreneur, well-traveled told us that he was not sure how he would have reacted if he were in Trayvon’s shoes.

Please don’t tell me to get over this unless and until you are willing to own up to how privilege continues to give some people a decided advantage in this country in every aspect.

Don’t tell me to get over this until my sons and every son of color can move freely in this nation without fear that they are going to be falsely judged, labeled, followed by police and even physically harmed or killed based upon assumptions that live in and are encoded in our institutions that teach that anyone who wears black or brown skin is suspect.

I would hope that this case would be the spring board for deep and honest conversations around race and how race continues to be the dynamic that fuels the mistrust that governs and colors the relationship between White people and Black people in this country.

We’ve got a faith and some resources in the church to help us do this. Faith and resources put us in a rather unique position to lead such a conversation. But we must stop pretending that we live in a post-racial world; we don’t.

We can’t sugarcoat this issue. People are in pain. A young man is dead. The shooter is free. Many see an injustice in that. So, back to Jesus’ words because as troubled as I am by this case, as I move from grief to anger I know that I cannot stay in that place. This nation cannot stay in that place. I hear the words of Jesus, “Love your enemy” and I know the only way that I or any of us can do that is to learn how to see the humanity of all of us. It makes repentance possible. It makes justice and reconciliation possible. But none of this will happen automatically.