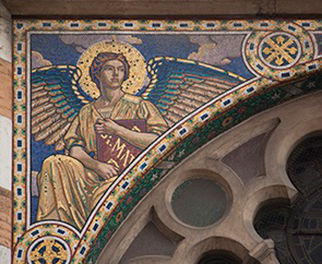 A mosaic of the symbol of Matthew on the façade of St. Paul’s in Rome.

In the church calendar we remember Matthew, apostle and evangelist on Sept. 21. Here are 12 things about Matthew that you may not know.

Spiritual practices & resources   Gospel of Matthew, Seeds for the Parish

Lectionary blog: No need to figure it all out