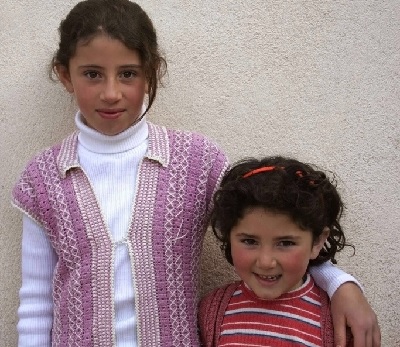 “It was either this or be murdered.” Javier was one of nearly 100 kids in the cafeteria of the transitional facility I visited this week. I moved from table to table asking questions. What’s your name? How old are you? Where are you from? What brought you here? How have you been treated? Where are your parents?

So what’s going on with this surge in unaccompanied minors? Our group convened on the border to learn. We met with border patrol, an attorney, the children themselves, staff, social workers, pastors and others to understand the situation.

Violence in Central America is on the rise. Poverty leads to desperate measures. Honduras has the highest murder rate in the world. Jennifer K. Harbury, an attorney, explained the situation. She is a first generation Jew, the daughter of a man who came to the U.S. to rebuild a shattered life. Fortunately, her father’s boat was not turned away like the S.S. St. Louis, when European Jews were seeking asylum in the U.S. After the Holocaust, the U.S. promised never again will we turn away asylum seekers.

Harbury housed a refugee from Honduras. At 13, the gangs told this refugee he had to join or be murdered. He refused and they beat him nearly to death. A year later they came back again with the same demand. After refusing, they ran him over with a car. His mother gave him $30 and told him to go north.

Hitchhiking on trains he made it to Mexico, where he was kidnapped and held for ransom. Escaping, he crossed the river and was picked up by U.S. Border Patrol. He was treated poorly in a harsh detention facility until the local sheriff stepped in. In time he was settled with a foster family, but after a month he was picked up by immigration. Harbury met him through a glass window in jail, fighting to bring him home.

Look into their eyes. These are not cartels smuggling drugs across the border. These are children seeking asylum. They have been battered and mistreated. Who, with a heart, could deny them due process under the law and protection? When a 10-year-old shows up at the border seeking safety, at the very least the child needs the representation of a lawyer who knows the law.

The gospels tell us that Jesus was once a refugee. He and his family crossed the border into Egypt fleeing for their lives under the threat of violence by Herod. Jesus welcomed children into his arms when the disciples wanted to turn them away. He said, “Whatsoever you do to the least of these, you do unto me.” And, “When I was a stranger you welcomed me.” He told stories like the parable of the good Samaritan, in which a victim is shown kindness by a stranger and neglected by those who should be caregivers.

As it turns out, kindness to strangers is a frequently recurring theme in the Hebrew Bible and in the New Testament. Antiquity bounds with stories of visitations by divine visitors, who come just to test our hearts. In these stories of both Jewish and pagan background, mortals are judged on how they treat these divine visitors disguised as poor, ordinary strangers. Fear teaches us to see everyone as an enemy. Love teaches us to embrace strangers, even enemies.

The Christian community has a special calling to welcome strangers and care for the poor. I saw the church in action on this visit. Catholic Charities rocks. Their transitional facility at Sacred Heart Catholic Church in McAllen, Texas, was impressive. Pastor Chad Mason and the folks at Calvary Baptist Church in McAllen are knocking it out of the park. The Lutheran Social Services transitional facility and foster-care program we visited was outstanding. People down here seem to understand the problem better than the mainstream media.

I blanche every time I hear someone call these children “illegals.” What is illegal about following a process laid down by law, specifically intended to protect the most vulnerable young people imaginable? They have been processed; they are known to the authorities; they need the law to act as intended. The Trafficking Victims Protection Reauthorization act of 2008, signed into law by President George W. Bush, directs the U.S. to protect unaccompanied minors and give them due process and sanctuary.

For unaccompanied minors, the journey looks like this. First there is the trip from Central America to the border. When I talked with these kids one-on-one, I asked how long the trip took. I heard stories that ranged from one week to 2½ months. Some were mistreated on this trip and some were not.

Once they present themselves, border patrol has 72 hours to process them. If possible, they are repatriated. If not, border patrol gets them into a U.S. Office of Refugee Resettlement transitional facility, like the one we visited, operated by Lutheran Social Services. I asked about 20 different kids how long they were in border patrol custody. Answers ranged from two days to two weeks.

This recent surge has overtaxed transitional facilities, creating overflows, delays and the establishment of new shelters whose conditions undermine the progress that has been made in serving children in recent years.

Many transitional facilities offer group homes or short-term foster care for some of the youth in their care; other programs operate exclusively using this model. Many children are able to be released from these transitional arrangements to the care of family members here in the United States. Some, who have no other family to take care of them, need long-term foster care – a loving home to live in until their legal cases are completed or they reach adulthood. The qualifications for foster parents differ slightly by location, depending on the other support and services available, the particular programs offered and state laws.

There is some need for licensed foster parents who speak Spanish fluently and live close to a  transitional facility, but many others are also needed. Lutheran Immigration and Refugee Service is currently operating a national foster-care referral hotline, helping connect close to 100 generous families every day to programs around the country who are seeking loving placements for the children and youth they serve.

I’ve heard some people suggest that these children are running drugs. Border Patrol agents told us this is not the case. Drugs are being run by Mexican cartels, not from children seeking asylum from Central America.

Is there room in the inn? I believe so. Our current system for handling child refugees at the border is actually pretty good. It’s just over-taxed with the recent influx. The challenge now is this recent surge, caused by an escalation of violence and poverty in Central America. If Congress appropriates additional funds for this, the problem can be managed.

If you as an individual, and/or your congregation would like to respond, here are some possibilities.