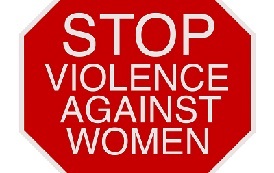 Right from the start, let’s be clear that it is never an option for a man to hit a woman. The National Football League got that message late and, because it was more concerned with protecting a superstar athlete rather than doing what was right and moral, it did further violence to a woman who had already suffered from the physical violence inflicted on her by her fiancé.

If the NFL had a zero-tolerance policy regarding domestic violence, Ray Rice would have been suspended immediately. But the issue is larger than the NFL and its superstar athletes. This is a societal issue. We likely all know someone who lives with this nightmare. Domestic violence happens across ethnicity, income, political and religious affiliation. As I was researching this topic, I came across these disturbing stats that should give all of us pause:

This latest case brought back memories of a babysitter we once had. She was a family friend. She was smart, ambitious and someone with dreams. She had her sights set on becoming a medical doctor. After completing college, she went on to graduate school.

We would hear from her pretty regularly through that time in graduate school. Then quite suddenly, all correspondence stopped. The next time we heard from her was when she had been given safe passage back to her parents by a shelter to which she had managed to escape. When we saw her, she told us a horrible story of violence that had been inflicted upon her for four years while she was married to a man she had met in church.

As we listened to each sordid detail, my wife and I knew as well as her parents that it was a miracle that she escaped with her life. The abuse began verbally, belittling her and her family. Telling her that she was ugly and fat, none of which was true. But he said it so much that she began to believe it. And then came the punches that grew in intensity.

As my wife and I sat listening, I could feel myself getting angry. This man I was convinced would have killed her had a neighbor not heard her bloodcurdling screams one morning. When her husband had left the house, the neighbor broke down the door and called the police. I remember asking her why she stayed. And she said to us, “Because the Bible says no divorce.” But I reminded her that the Bible also counsels, “Husbands love your wives as Christ loves the church.”

Her answer revealed to me just how much bad religion there is out there, and how many women are imprisoned by bad religion. They stay in unhealthy relationships because of the bad religion and the fear of losing financial security. They also fear doing something that might make the man explode in anger again because they believe they are responsible for the rage that lives  inside him.

If any woman is in a relationship and she is afraid of her partner, there is something fundamentally wrong with the relationship. If fear is present, there is no love.

In the 30 years that I served in active ministry, I saw and counseled a number of abusers. A few were corporate executives; some were leaders in their congregations; a few were clergy, and many of them were ordinary and non-descript family members and friends. They were good people, good and decent for the most part, but they were abusers and they needed help to get to a place of healing and health. Any man who blames the woman for his violence toward her is lying – chiefly, lying to himself. The problem is his, and he needs to address it.

I hear men who use, or more accurately misuse, Scripture to set themselves over women as if women are their property. Women are not property. They do not belong to men. God intended men and women to be partners. Paul in Ephesians 5 underscores a mutuality that exists between wife and husband.

Finally, domestic violence is a part of a larger narrative of violence that we have become accustomed to and are willing to accept in order to satisfy our appetite for entertainment. We pay NFL athletes to do violence to their opponents, and for some of these individuals the anger and aggression that fuels their play and that may allow them to excel in what they do on the field becomes a liability in their personal lives, particularly in their relationships with women.

I am glad that we are having this very public discussion about domestic violence. I hope that it will empower women who find themselves in these abusive relationships to get out before it is too late. I hope that it will serve as an opportunity for fathers to begin a conversation with their sons about how to honor and respect women and to teach them that being a man is never about hitting a woman.

Ken Wheeler is a retired pastor. He most recently served at Cross Lutheran Church, an ELCA congregation in Milwaukee. He was also an assistant to the bishop of the Greater Milwaukee Synod of the ELCA for 18 years.

How the church can respond to domestic violence

More than a game