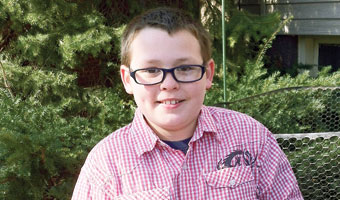 Sunday school leaders at Irving Park Lutheran Church, Chicago, used a “Hunger Hunt” to raise awareness of and money for ELCA World Hunger last year. They will likely do something similar this year.

After an intergenerational effort that lasted throughout Lent, they gathered outside on Sunday, April 6, for the hunt. The sun showed up, offering relief from a long, hard winter that hosted the polar vortex.

Five Sunday school classes walked throughout the church’s neighborhood looking for farm animals. Earlier the kids had collected pledges for the number of animals they could find. At various members’ homes they encountered posters of bees, goats, pigs, fish and oxen, as well as a stuffed lamb or cow. When they came to the pastor’s house, they interacted with a brood of hens, thanks to a family who raises them in the backyard. A high school student was at each house, passing out stickers and telling about the animals and how they combat  hunger. 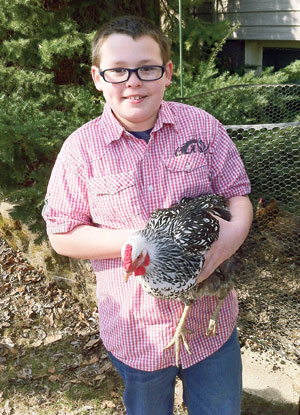 The children also made posters that decorated the fellowship room where the Lenten soup suppers were held, urging generous freewill offerings to fight world hunger. One Sunday they also made their way through the congregation with coffee cans, collecting a noisy offering. Families contributed coin boxes they had filled during Lent.

Confirmation students updated the congregation via temple talks, teaching about the plight of the hungry and feasible solutions. The congregation’s Women of the ELCA group, which traditionally hosts a Palm Sunday bake sale, donated its proceeds to the children’s efforts.

By the way the children looked when they put their offering envelopes in the collection basket, adults could tell that the kids knew they were living out the church’s mission to care for others, said Darcie Wadycki, Sunday school coordinator.

Through all their efforts, they raised $3,000 to purchase farm animals for families through ELCA World Hunger.

When the time came, the kids made some hard decisions on how to use the money — three oxen at $1,000 a piece or 150 chicks at $20 a piece or some other assortment of animals? In the end, they bought an ox and plow, one cow, 13 chicks, eight goats, two sheep, two pigs, one fish kit and six bee collections.

What the kids did is fairly typical for Irving Park. They’ve also raised money to build a house in South Africa, for a clean water initiative and to fight malaria.