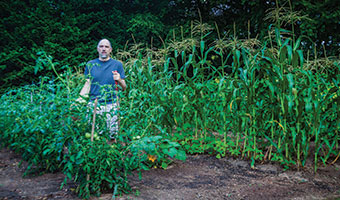 Richard Beavers One bite of a simple strawberry grown in his garden reminded Scott Seeke that God will provide.

Last week, at the end of a rough day, I did what I often do when stressed. I went outside, sat down and picked a strawberry from my garden. I twirled the tiny red fruit in my fingers, examining this miracle God had grown right outside my window. Then I popped it in my mouth. As it exploded with sweet flavor, I knew we were going to be OK.

My first garden was born out of desperation. When I became a mission developer in 2006, I knew it was a risk. My salary was barely enough to pay our bills. As long as nothing major broke, we could scrape by.

Then the air conditioner died. It was early summer in Georgia, and we had a 6-month-old and a 3-year-old. Spending a summer without air conditioning was inconceivable so we had a new unit installed.

Wondering how we were going to pay for it, I felt like I was on the edge of a cliff.

I started looking for ways to save money and thought a garden might help our bottom line.

Throughout my childhood in upstate New York, my parents had planted a large garden. For some reason they quit gardening during my teen years, but I still remembered the basics. I went to Home Depot to see how expensive a garden would be and ended up buying a bag of soil and seeds for two kinds of tomatoes, green peppers and lettuce. The bill was $8.

At home I read the back of the packets and found out that it was probably too late in the season to grow lettuce. But the other three packets would probably grow, so I filled containers with dirt, poked holes in the soil and dropped a seed in each one. 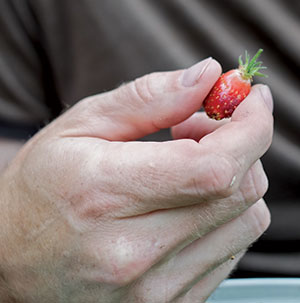 Since I was going through the effort of planting other seeds, I decided to give one lettuce a try. It was so small. They all were. How could any of them grow into anything we could actually eat? And that poor lettuce? Forget it.

I watered the seeds every morning. Days went by and nothing happened. A week passed and doubt crept in. Was this going to work? I was already cranky with God about our finances and became even crankier as my garden failed to sprout. But there was nothing I could do. I couldn’t make the dollars stretch any further and I couldn’t make a seed grow. My family was hanging on by a thread and I could only watch and wait. It was maddening.

Maybe we would make it

It was such a joyful surprise to see that first seedling. It was so tiny, so small, so magnificent. I couldn’t believe it.

Over the next several days, all the seeds sprouted. They were so small and frail that I wondered how they would ever survive outside. After transplanting them, I watered the seedlings and they all fell over. Maybe I had killed them, but they sprang back up. I thought, “This might work after all. Maybe, just maybe, we would make it.” 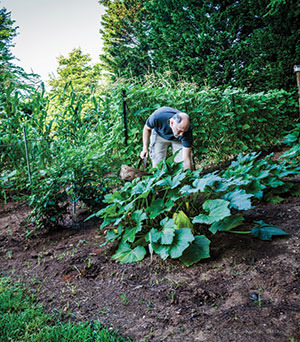 Over the next several weeks the seedlings grew faster and faster. I watched them turn into little plants, and then big plants, all right outside my window, all without me doing a thing. As they grew, I gained a sense of peace. It was impossible to worry about our future when food was growing right outside without me so much as lifting a finger.

I kept waiting for that little lettuce plant to die, but it didn’t. Instead it got taller — and wider — and the leaves grew thicker and darker. It shouldn’t have sprouted, and once it did it shouldn’t have grown. But it did. That lettuce was a miracle growing right before my eyes. The whole garden was.

I’ll never forget that first salad. I treated that lettuce as carefully as I treat the elements during communion: I snipped it, washed it and set it on our plates, still not believing that it was real. Taking my first bite, I wondered if this might be another of life’s cruel tricks, like our air conditioner dying at exactly the wrong time. It wasn’t. The lettuce tasted exactly like lettuce, but better — and it wasn’t just the flavor. I could taste and see that God would take care of us.

Every year since then I’ve planted a garden. I no longer do it for the money it saves. It’s a spiritual discipline. Having a garden reminds me that it is God, not me, who provides for my family. When I forget, all I have to do is go outside, pick something and eat it. I can taste and see that God will provide.

Scott Seeke
Scott Seeke is pastor of Holy Cross Lutheran Church, Livonia, Mich. He is also a writer best known for the film Get Low and the follow-up book Uncle Bush’s Live Funeral. You can find him on Twitter, Facebook and at scottseeke.com.

Lectionary blog: Waiting can be hard

Lectionary blog: The miracle of hearing