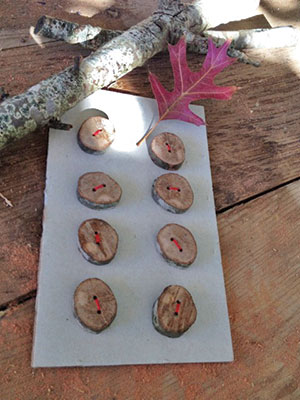 In Tom Taylor’s house growing up, the Christmas tree went up the day after Thanksgiving and came down only when it was so dry the needles fell off.

As a kid, it was exciting to have the colorful lights and festivities continue for months, but now as pastor of St. John Lutheran Church, Lindenhurst, N.Y., Taylor emphasizes the importance of a simpler, more religious and less secular focus on Christmas. He advises that people celebrate the 12 days of Christmas and attend an Epiphany service, which exemplifies the true meaning of the season. 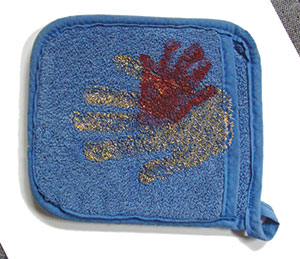 “We try to simplify the concept so people can focus more on the religious aspects rather than the secular,” he said.Instead of starting Christmas preparations right after Thanksgiving, he said, “acknowledge the Advent season and what it means. If you put up a tree early, for example, don’t decorate it until Christmas Eve. The secular world thinks that the Christmas season ends on Dec. 26. It doesn’t.”

Taylor and his family aren’t the only ones trying to be more mindful of Christmas as the hectic consumerism of the season — evident in stores right after Halloween — overwhelms. People are seeking ways to spend less on gifts, eat fewer fattening cookies and, in general, “de-stress” Christmas.

Iversen has embraced the concept of simple living and sustainability for more than 40 years, since first working with Alternatives for Simple Living, the precursor to Simple Living Works!

“Our mission is to equip people of faith to challenge consumerism, live justly and celebrate responsibly [year-round]. These three come together especially at Christmastime,” Iversen said.

Simple living also helps us meet God’s call to care for creation. The ELCA’s social statement “Caring for Creation: Vision, Hope and Justice” (www.elca.org/socialstatements) defines this as a call “to pursue justice for creation through active participation, solidarity, sufficiency and sustainability, and states the commitments of the ELCA for pursuing wholeness for creation,” Iversen said. Using an artificial tree or assuring that a real one is properly recycled cares for the planet.

“Everything is connected,” he added. “As we in America overspend and overconsume, it has a negative impact on others, especially in developing countries.” 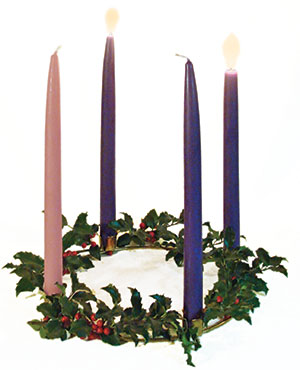 Each Sunday during Advent another Advent wreath candle is lit in preparation for Christmas. The practice reminds people to slow down in anticipation of Christ’s coming.

Giving handmade gifts and food that is consumable or a present that has special meaning is another way to simplify the holiday and continue to care for each other.

Kim Winchell, a diaconal minister at Our Saviour Lutheran Church, Saginaw, Mich., likes to give gifts of her nature photography, such as note cards that showcase her photos. People who live simply, she said, are often more mindful and notice the little things.

Perhaps the best reason for simplifying Christmas comes from Gertrud Mueller Nelson, a Calfornia-based Roman Catholic writer, illustrator and expert on Advent theology. How did she get to be an Advent expert?

“By loving it,” she said. Her mother, Therese Mueller, a writer and lecturer, is credited with bringing the tradition of the Advent wreath to the U.S. from her native Germany in the late 1930s. 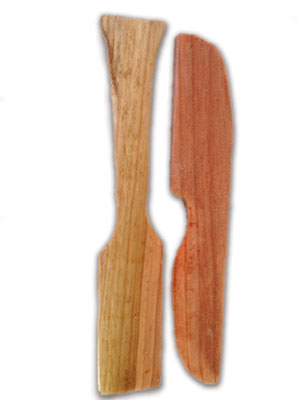 The four-candle wreath found in churches and homes, signifying the light of Advent and anticipation of the Savior, is also a simple symbol of slowing down, she said. The wreath is reminiscent of a wheel, which reminds people to take a wheel off and slow down during Advent. “The thing to remember,” she said, “is that it’s not a particularly Christian symbol but, in essence, it’s a wheel — a wheel removed.”

Nelson said the ancients also used a wheel removed, not in the religious sense, but to light their homes through the endless darkness of winter. “They brought in the hay and the animals, and winter had come; the days getting shorter, darkness ascending,” she said. “They brought a wheel off their cart in and lighted it with a torch week after week until the solstice came.” They waited and watched for spring.

“We, in turn, understand that symbols aren’t just cute things,” she added, “but that the Advent wreath is a sign that we take a wheel off and we look for the light.

“As a culture we’re bad at waiting.  We’re used to instant gratification. We hate to wait in line; we hate to wait for paint to dry or for an elevator to come. We find more reasons to be furious and antsy while we wait. We need to find the places where waiting is good — waiting for something wonderful.”

Tips for a more meaningful Christmas

Plan ahead. Instead of going on autopilot the day after Thanksgiving, hold a family meeting to decide what the group really wants to do and who’s going to do what. A budget/planner is available here.

Avoid debt. Refuse to be pressured by advertising to overspend.

Avoid stress. Give to yourself. Don’t assume that things have to be the same way they’ve always been.

Draw names rather than everyone giving something to everyone else in your giving circle. Set a ceiling for each recipient. Give children one thing they really want, rather than many gifts.

Give alternative gifts. Give 25 percent of what you spent last year to people in need.

Make changes slowly but persistently. Don’t try to change everything and everybody all at once. The resistance will make you feel defeated and lonely.Source: Simple Living Works!