The new year provides an opportunity to look into the future as well as consider the past.

For 21 years, Richard Bansemer crafted the crossword puzzle that appeared in The Lutheran. When he started with the January 1995 issue, the magazine noted wryly that “when he’s not creating crosswords, Richard Bansemer is bishop of the ELCA Virginia Synod.” He retired from that day job in 1999 but continued cranking out the puzzles through last month. Untold thousands were challenged as well as entertained by his work, to which the magazine staff gives heartfelt thanks to this good servant of the church. Filling his spot starting this month (page 47) is Andrea Pohlmann Kulik, manager of editorial services at the magazine. 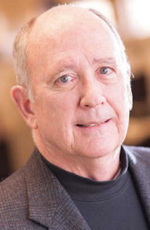 The news from 2015 carrying over into 2016 is lead columnist Peter A. Marty agreeing to continue writing for The Lutheran for an additional six months. Marty took over the position in July 2010. He will conclude his “A lexicon of faith” column with the June issue, ending a six-year run of extraordinary columns. It has been a privilege for this magazine to publish his work.

We’ve also settled in on our cover stories for this year, starting this month with cleaning out the congregational closet for the new year and moving in new directions (page 16). That will be followed in February with reports from congregations where multiculturalism and diversity are thriving and in March with readers sharing stories of how they were — or weren’t — welcomed at church.

Then comes April, an appreciation for the gift of water; May, a celebration of faith and its connections in our workplaces; June, religion as a way to have sustained happiness throughout life; July, a look at the global Lutheran community; August, community organizing as mission; September, coverage of the 2016 Churchwide Assembly to be held Aug. 8-13 in New Orleans; October, civil discourse during election campaigns; November, an examination of hunger as a result of inequality and not scarcity; December, worship in nontraditional ways and/or places. And for good measure, the January 2017 issue will lead with an acknowledgment of the 500th anniversary of the Reformation and a look at whether the ELCA is still a reforming church.

Bells are ringing, we are waiting

God’s vision for a healthy masculinity