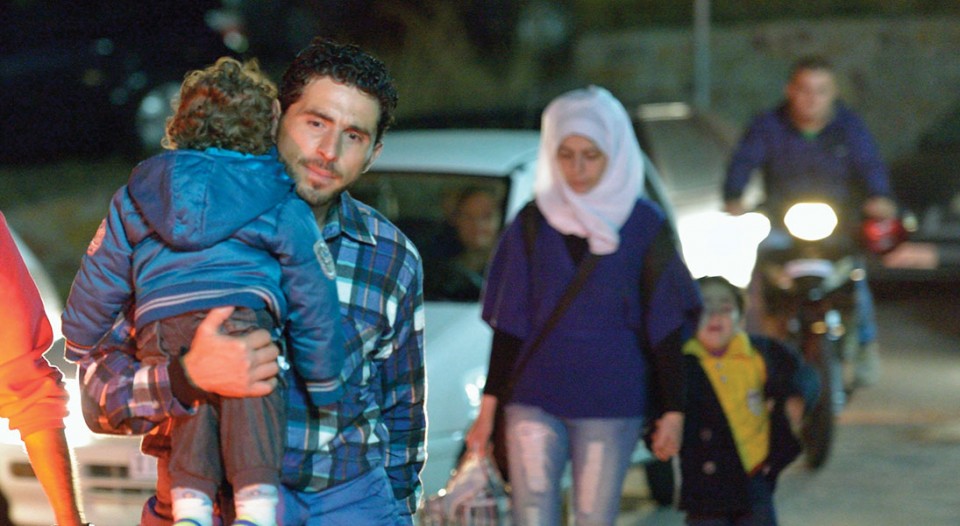 A Syrian refugee family walks through the streets of the Greek island of Chios in order to take a ferry to Athens. They came to the island by crossing the Aegean Sea in a small boat from Turkey. They were then registered and provided with food and shelter in a reception center built with support from International Orthodox Christian Charities, a member of the ACT Alliance. They then plan to take a ferry to Athens and then on toward western Europe. Hundreds of thousands of refugees and migrants have passed through Greece in 2015. The ACT Alliance has provided critical support for refugee and migrant families here and in other places along the journey.

It’s always the familiar stories that are difficult to hear. This Epiphany we again try to hear in Matthew’s Gospel how wise men from the East notice a star signaling the birth of a new king. We try to hear how a fearful king named Herod intercepts these men on their quest so that he, too, might honor this child — or so he says.

The men from the East do indeed find Jesus right where the heavens say he will be. They offer their expensive gifts to him, but with an eerie foreshadowing they’re warned in a dream to return by another road.

The events of recent months have been a brutal reminder for many of us that we live in violent times. When you hear the text from Matthew, listen closely: it’s not just a paranoid Herod who is afraid. All of Jerusalem is in fear. In recent months whole cities have been united in fear of violence.

What can we say about an Epiphany for such violent times?

The good news, of course, is that God draws most near in such times. The star above Bethlehem announced not only a new king, but a new kind of king — one who begins his reign not in violence but in the vulnerability of infancy. Jesus is an altogether different kind of king than Herod — and different from the rulers and wannabe rulers of today.

Martin Luther wrote often about how God works through two kingdoms: the kingdom of earth and the kingdom of heaven. Among other things, his writings remind us that God’s idea of power is very different from ours.

Perhaps even better news is that during Epiphany we remember that God is not just with us but that God in Jesus Christ becomes one of us. Jesus comes to share in the pain and fear such violence brings to so many lives. Maybe this Epiphany it’s enough to take responsibility for how this story is our story. How will we respond to the violent times in which we live?

When rulers and wannabe rulers insist on violent ways, O God … show us to another road.

When we see signs of our coming kingdom, O God …may we choose costly generosity over fear.

And when this story repeats itself over and over, O God … give us the wisdom to seek vulnerability over violence.

Or, in other words, be near to us again, here and now.