Francis Spufford, a teacher and writer, lives in the United Kingdom. He’s among the 6 percent of citizens there who still worship regularly on Sundays. The Church of England may trot out clergy and bishops for royal coronations, but the overwhelming majority across the pond largely ignores the church.

In Spufford’s book Unapologetic (HarperOne 2014), he mentions his daughter: “Sometime over the next year or so, she will discover that her parents are weird. We’re weird because we go to church.” ‘

How weird are they? To contrast, in the United States the equivalent figure of regular Sunday churchgoers is 26 percent of the population. 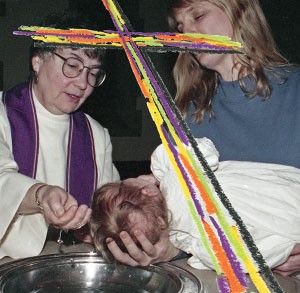 But here’s what I find doubly interesting from Spufford’s book: “Some surveys, tellingly, reveal that a further 16 percent of Americans claim to be regular churchgoers. From the British perspective this second statistic is even more startling and alien than the first one. The idea of people pretending to be regular churchgoers because it will make them look virtuous — or respectable, or serious, or community-minded — is completely bizarre to us. Here in Britain, it is more likely that people would deny they went to church even if they actually did, on the grounds of embarrassment.”

We are living in challenging times for the church.

I once had lunch with an employee of the American Bible Society. He told me of the society’s ministry and its translation work in many countries. Our conversation turned toward Europe and England, in particular. He had just toured many of the beautiful Gothic churches dotting the countryside, which were largely empty on Sundays. He said, “You know, Frank, this reality in Europe is coming your way in America. Not as quickly, but it’s coming.”

What are we to do about such realities? If the current trends continue, what will our congregations look like in 25, 50 or 100 years?

Look closely at 1 John 3:16 sometime. Two 3:16s probably come to mind. We tend to recall the more famous one from John’s Gospel: “For God so loved the world that he gave his only Son.”

But 1 John 3:16 suggests that if this amazing gift really soaks in, our lives in return will resemble his: “We know love by this, that he laid down his life for us — and we ought to lay down our lives for one another.”

This echoes a phrase that says a Christian is a person who should be prepared to look good on wood — someone who’s willing to love in the shape of a cross.

Recently I was home for lunch during three waves of rain and hail. I stood at the kitchen window and watched a hummingbird nonchalantly sip nectar as ice chunks fell from the sky. Somehow he dodged all of them. I expected the little guy to hightail it for cover, but no — it was a serene scene of nourishment in a context that could clock the bird’s brains out at any second.

I was envious of such peace and security, and I concluded that the hummingbird’s behavior involved more than simple survival. It had everything to do with sacrifice — for family, even for a species. It was some built-in inclination to love.

We live in a land that has kidnapped what love might look like: love is a many-splendored thing; love is never having to say you’re sorry. Ask most people to draw a picture of love and many will produce a Valentine heart with an arrow through the center. But for Christians, love is concentrated in the gift of the cross.

We are dunked into the sacrificial life of Christ at baptism and are marked with the cross of Christ forever. Martin Luther signed his body with the cross before his feet hit the floor in the morning and again at night before dropping off to sleep, bracketing the day. This was a reminder of his core identity in baptism — a reminder that the shape of our lives is meant to look like a cross, love poured out for others.

“A life laid down” was a core message in the early Christian church. John’s community was definitely in the minority — a small band of people trying to remain faithful to Jesus. Perhaps the dwindling percentages of Christians in Europe and North America can learn something here. Maybe others will be drawn to Jesus, not through threatening pamphlets or door-to-door sound bites but instead when they actually see a different sort of love in his people — love that resembles a cross.

Rodney Clapp is a writer and Episcopalian living in the Chicago area. He tells a story of his home church and a renovation project that required new sanctuary carpet.

The new carpet in Clapp’s church was beautiful, but there was a problem: it held a rather wicked static electricity charge that packed quite a jolt. This was especially true when coming forward for communion to sip from the metal chalice. Shoes built up a charge on the carpet and taking a sip of wine was enough to knock you on your duff.

Maybe the metaphor here works for any celebration of communion in our congregations — we come forward for peace and tranquility, green pastures and the status quo, but Christ chooses instead to knock our socks off with the radical forgiveness offered in his body and blood.

He laid his life down for us. In the strength of this meal, we go and do likewise.

A life laid down
What is the nature of living, dynamic faith? Is it merely intellectual agreement with a prescribed set of belief statements? Scripture tells us that faith goes deeper when our belief in God’s love becomes infused with who we are and is expressed in self-giving, sacrificial love. Could this be the witness that our 21st century church needs?
Download Now