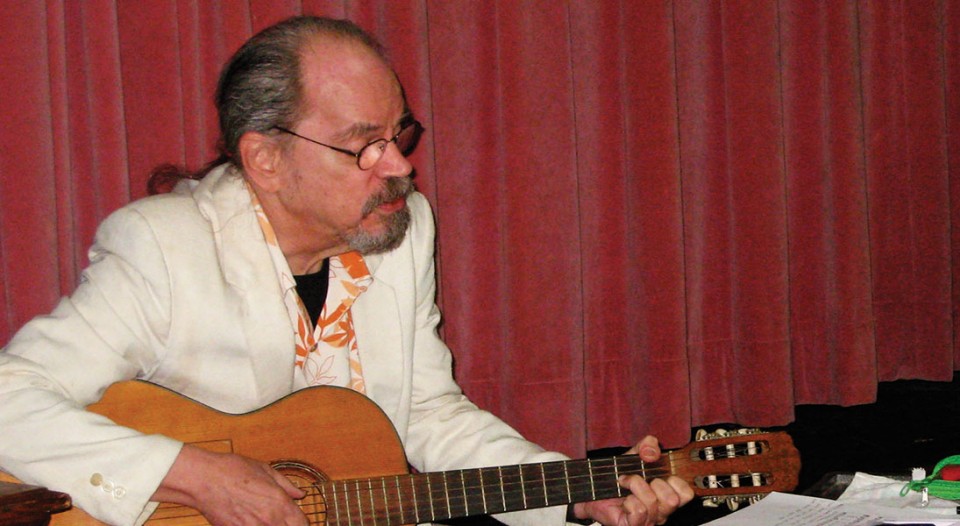 The café (www.cafekairos.org), founded in 1998 at Washington Square Methodist Church in Greenwich Village, was called Peace and Justice Coffee House. Founder Robin Small-McCarthy wanted it to be a “podium for parishioners to express their ideas about injustice and social change,” said current organizer and host Alan Baxter.

St. John opened its doors to the café when Washington Square Church closed. An array of artists steps through those doors and up to the microphone, but many of them are poets. Baxter and Small-McCarthy often read from their published poetry.

Because of its emphasis on poetry, April is an important month for the café — it is, after all, National Poetry Month.

Marion Palm, poet-in-residence for St. Jacobi Lutheran Church, Brooklyn, and fellow Lutheran and musician Lennart Vretholm were featured artists last April. Vretholm set a sonnet of Shakespeare to music that he composed and has performed locally. He also accompanied Palm on the violin as she recited “Secrets,” a poem she’s read on radio, television and in local high schools.

Baxter said the venue is open to everyone, regardless of beliefs, race or sexual orientation. “Anyone who attends has a chance to perform,” he said. “We strive for the egalitarian spirit that is vital to the Christian experience.”

Artists read a poem, sing a song, play a musical instrument or act out a dramatic scene. Some original plays that have been performed at Kairos went on to small theaters off-Broadway, he said. It was also one of the first clubs to show visual poems (the form or arrangement of the text or its images are an important part of the poem itself).

Other Kairos featured performers have included Roman Catholic activist Daniel Berrigan and jazz composer Paul Knopf, who is a veteran performer for the popular and long-standing jazz mass at St. Peter Lutheran Church in Manhattan.

“If you’re in the Manhattan neighborhood of Christopher Street and Seventh Avenue on the third Sunday afternoon of the month, look up and you’ll see the church towers of St. John’s,” Baxter said. “Then come join Kairos and read your material.”