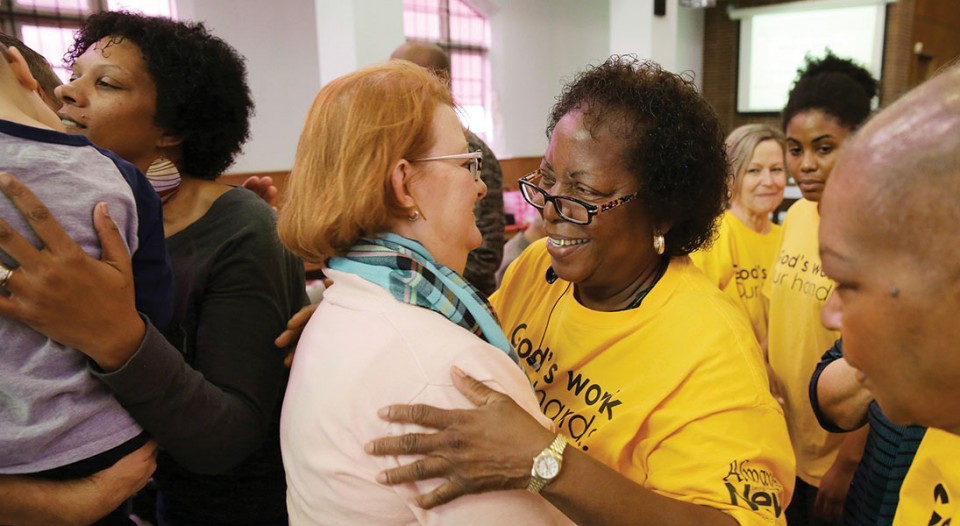 In 1990 people of color comprised 2 percent of the ELCA’s total membership. Since then a perennial goal has been to increase members of color to at least 10 percent. In 2016 the ELCA has yet to reach the goal’s halfway mark.

“In a lot of ways we’ve been wrestling with a notion of multicultural as defined by the dominant culture,” he said. “The concept of  ‘multicultural’ breaks down when it does not take a look at the depth of relationship and call for real equity — when it becomes a question of power and authority and who has it.”

One strategy has been to start congregations. In 2001, Patricia Tunches Muran was called to develop a congregation to serve the Hispanic population in Santa Maria, Calif.

Unsure of which segment of the large, diverse population to target, the pastor prayed for guidance. Two families from southern Mexico reached out. They were of Mayan-Indian descent from Oaxaca, and their native language is Mextico. Some also speak Spanish, especially the men, and the children typically speak English  too.

Although a predominantly white congregation provides space for the Spanish-language congregation, Muran said Santa Cruz members appreciate the separation. The congregations join for some activities and fellowship, including vacation Bible school and youth programs.“

[Santa Cruz members] can relate to each other because they know the common challenges here [in the U.S.],” Muran said. “They know their mother language and that this is a place where they are accepted and welcomed.”

“In many cases, the ethnic congregations are in poor communities,” she said. “They get money to keep the mission going for the first few years. They can get the mission church started, but the money goes away too soon.”

Santa Cruz wouldn’t survive without financial assistance — Muran did the math. Members are agricultural workers and make as much as $25,000 in good years. If all tithed 10 percent, it wouldn’t fund basic expenses.

“The reality is that it doesn’t matter that you’re expecting these congregations to support themselves after a few years,” Muran said. “Yet they need Jesus just as much as you or I need Jesus.”