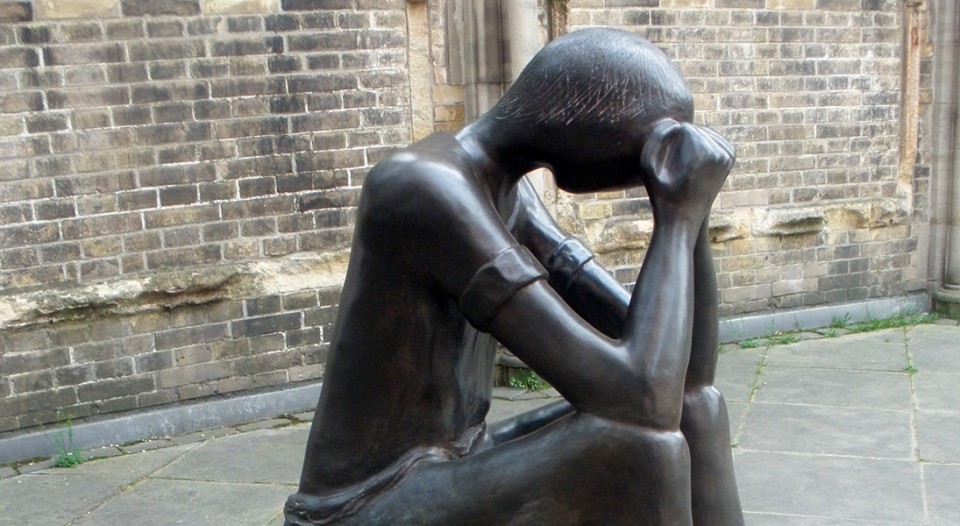 You ask me why I smile
when you tell me you intend
in the coming national elections
to hold your nose
and vote for the lesser of two evils.
There are more than two evils out there,
is one reason I smile.

On this long, and increasingly strange, road toward Nov. 8 (Election Day), our Lutheran tradition has some sound words to offer in the midst of all the white noise, all the chatter.

In a time when many question the role of government in our lives, Luther’s writings offer a vision for the power of government. In 1523, drawing on a sermon the Duke of Saxony had himself heard and enjoyed the year before, Luther set out to write “Temporal Authority: To What Extent It Should Be Obeyed.” In this writing Luther places governing among the other vocations Christians are called to – similar to marriage or to one’s trade. He writes:

There must be those who arrest, prosecute, execute, and destroy the wicked, and who protect, acquit, defend and save the good. Therefore, when they perform their duties, not with the intention of seeking their own ends but only of helping the law and the governing authority function to coerce the wicked, there is no peril in that; they may use their office like anybody else would use his trade, as a means of livelihood. For, as has been said, love of neighbor is not concerned about its own; it considers not how great or humble, but how profitable and needed the works are for neighbor or community.

You must know that since the beginning of the world a wise prince is a mighty rare bird, and an upright prince even rarer. They are generally the biggest fools or the worst scoundrels on earth; therefore one must constantly expect the worst from them and look for little good … .”

I’m with you Brother Martin.

But with Luther’s insistence on the legitimate role of government and yet his blunt realism concerning those who govern, what are we left to do – especially those of us who are called to the vocation of citizen, a calling that demands we participate?

Perhaps this election year, we might turn to another Lutheran: Dietrich Bonhoeffer. In 1932, at a women’s retreat, Bonhoeffer offered an extended reflection on prayer in the midst of difficult political times. We must learn anew to pray “Thy kingdom come!” Bonhoeffer says.

Tucked there in the middle of the Lord’s Prayer, it is easy to miss the radical invitation of that prayer, “Thy kingdom come!” For Bonhoeffer this little line holds the key to a middle way forward between private spirituality and idealistic misgivings. He writes:

“Thy kingdom come” – this is not the prayer of the pious soul of the individual who wants to flee the world, nor is it the prayer of the utopian and the fanatic, the stubborn world reformer. Rather, this is the prayer only of the church-community of children of the Earth, who do not set themselves apart, who have no special proposals for reforming the world to offer, who are no better than the world, but who persevere together in the midst of the world, in its depths, in the daily life and subjugation of the world. They persevere because they are in their own curious way, true to this existence, and they steadfastly fix their gaze on that most unique place in the world where they witness, in amazement, the overcoming of the curse, the most profound yes of God to the world. Here, in the midst of the dying, torn, and thirsty world, something becomes evident to those who can believe, believe in the resurrection of Jesus Christ.

And I’m with you too Brother Dietrich.

In the coming weeks as the news cycle spins even more quickly, as the rhetoric gets louder (and likely more selfish), may we remember the wisdom of our Lutheran inheritance: government is a vocation – a “place of responsibility” as Bonhoeffer would say and a chance to love and serve our neighbors. And may we also embrace our own vocations as citizens, faithfully praying “Thy kingdom!”