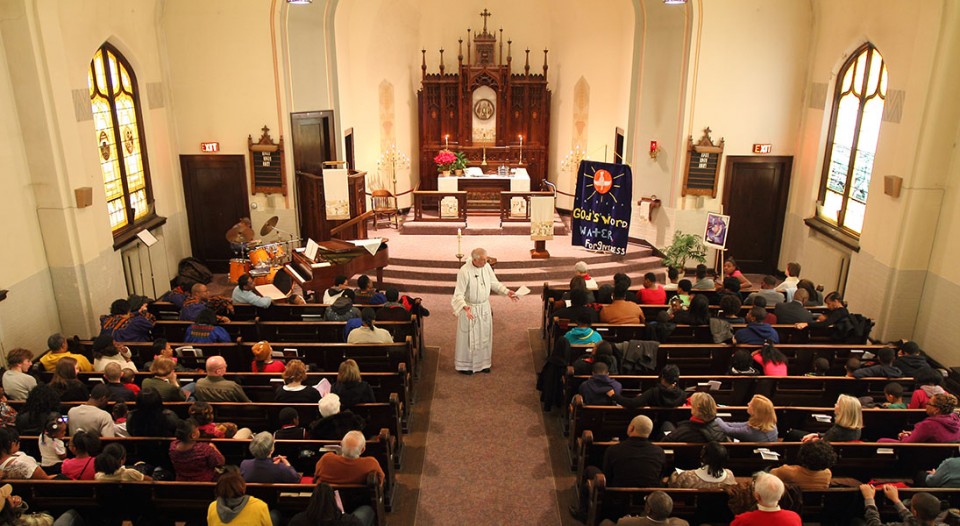 Now that we’re in the season of Lent, I’ve been thinking more about repentance – a word that doesn’t have the best connotation in our culture. We tend to think of repentance in punitive terms, as something a person needs to do to make it up to someone they’ve wronged.

When I was growing up, I learned about repentance through “The Brief Order for Confession and Forgiveness.” Every week we recited those words until I had them memorized. As I got older I began to understand that this was an opportunity to examine my life and change direction. Some weeks it was more successful than others, but it always ended in receiving forgiveness.

More recently we’ve gotten away from using “The Brief Order for Confession and Forgiveness” every week. Confessing your sin is not necessarily the first thing people who have been alienated from the church want to do when they return.

Confession has certainly been used over the years in unhealthy and punitive ways, but it does have its benefits. Admitting that we aren’t perfect allows us to acknowledge a truth that we all know but try to avoid. “The Brief Order for Confession and Forgiveness” can also be a welcoming practice, if framed the right way. When we admit as a worshiping community that we “have sinned in thought, word, and deed,” we are admitting right up front that this is not an assembly of perfect people. Unfortunately, we often don’t frame it in those terms or live it out.

I actually believe that it might be time to go back to using “The Brief Order for Confession and Forgiveness” more regularly. I say that because I know from our students that they face incredible pressure to manage others’ perceptions of them but have few places where they can really be who they are without feeling completely exposed. As one student said to me recently, “Almost everything you see on Facebook or Instagram is happy and positive. It’s what we want people to see about us.”

This is a generation that has had it drilled into their heads that everything you put on the Internet is permanent. That’s not a bad message because sharing all of your vulnerabilities and mistakes on Facebook isn’t healthy either. The problem is that deep down we know what other people see online, and in-person isn’t who we truly are.

I don’t think it’s any surprise that two of the most popular apps of the last few years, Snapchat and Yik Yak, are social media platforms that are more private. We need to be able to give voice to the shadow self that lurks under the surface.

Unfortunately, there isn’t an app that allows people to give voice to their brokenness in front of others without being completely vulnerable. And there certainly isn’t one that confers forgiveness.

The church has a practice that does this, but the question is whether we can really live out its radical nature.

My take: Waiting for the light