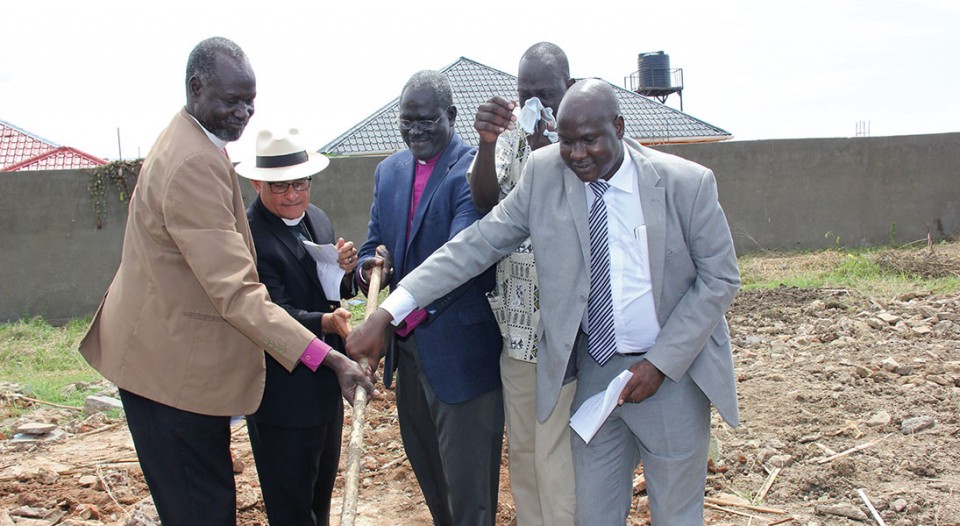 Situated in eastern Africa is the newest country in the world. But newest isn’t the only way to describe South Sudan — it’s also one of the most volatile.

After decades of civil war and unrest, South Sudan gained its independence from Sudan nearly five years ago. But two years later internal conflict broke out among the country’s two major tribes. 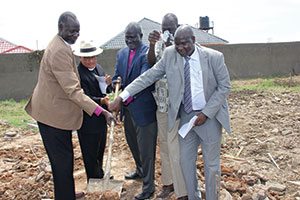 According to the U.N. High Commissioner for Refugees, an estimated 1.5 million South Sudanese are internally displaced and many more have fled to neighboring countries due to poverty, food insecurity, a lack of education and health care, and extreme violence against civilians. While the government struggles with the situation, many have turned to the church to be a healer and peacemaker.

“With all of this suffering, we still see God has a promise for us,” said Hilary Garang Deng, bishop of the Malakal Diocese of the Episcopal Church of South Sudan and Sudan. “He gave us a mission to testify about the great God who created the world.”

Part of this mission includes establishing the Evangelical Lutheran Church Africa Mission in South Sudan. With the assistance of local partners, including ELCA congregations that are Sudanese, the Episcopal Church of South Sudan and Sudan, and the South Sudan Council of Churches, the ELCA is seeking more than $1.2 million to enable this work.

Last November the partners broke ground on a Lutheran center and clinic in Juba, the nation’s capital. The center is situated near Juba’s Hai Referendum area, which lacks basic health and education services, making it difficult for people who are displaced to improve their lives, said Rafael Malpica Padilla, executive director for ELCA Global Mission.

“It is precisely in that community that we are planting a center to provide these opportunities,” he said. “This center will be a place of encounter for a community that has experienced the horrors of war; a place of hope for the next generation of leaders; an instrument through which we will touch people’s lives; and where the good news of the gospel will be proclaimed.”

The center will offer courses, including English language lessons and computer training. This will be the first formal education for many South Sudanese adults. “Most of them were in the war and couldn’t get an education,” said Mawien Ariik, an ELCA pastor who coordinates outreach for the new church. “This time is about catching up so they can learn, they can operate a computer and they will know how to write their names. This time is hope for them — we are giving them what they couldn’t get when they were young.” 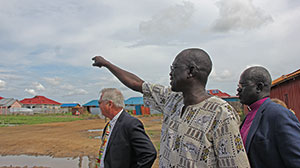 ANDREW STEELE/ELCA
Ariik shows Mark Jacobson (left), an ELCA missionary, and Atem the future site of the Lutheran center and clinic. The center is situated in an area that lacks basic health and education services.

A call for unity

Joining Ariik at the church’s frontlines is Wal Reat, an ELCA pastor serving in refugee camps in South Sudan and its bordering countries. Both are South Sudanese natives who sought asylum in the U.S. during the war and eventually became ELCA pastors. What’s more, they come from feuding tribes. Together they hope to grow the Lutheran church and bring healing to their country.

“The church is calling for the unity of the tribes in South Sudan to be one in Christ, but it is tough for those who are really wounded to convince them to accept others,” Ariik said. “The message that the church is conveying is that they are all children of God and we are supposed to remain as one. It is not bad to have different tribes, but to love others as one body of Christ — it is a big challenge for us to convey that.”

While the new church is gaining momentum, it has a long road ahead. Continued violence has delayed plans to build a second Lutheran center in a city near the Ethiopian border. Ariik and Reat cite tribalism as the church’s biggest challenge.

“The South Sudanese are happy now that there is a church being built in Juba,” Reat said. “Juba is our center; all tribes are in Juba. We don’t have peace right now, but peace will come. This tribalism will go away. All of the people will come together.”

Hope is a common thread connecting and motivating these leaders in South Sudan. Amid conflict, violence and poverty, they are growing the Lutheran church, spreading the message of God’s love and bringing hope for a peaceful future.

“[In the U.S.] there’s a season when … the trees lose their leaves, but it doesn’t mean that they’re dead,” Ariik said. “For those who believe our congregations are dying, they are not dying; they may come back to grow again, so there should be a hope for that. Like in Africa now — the Lutheran church is growing here.”


Matzke is marketing manager for Always Being Made New: The Campaign for the ELCA.