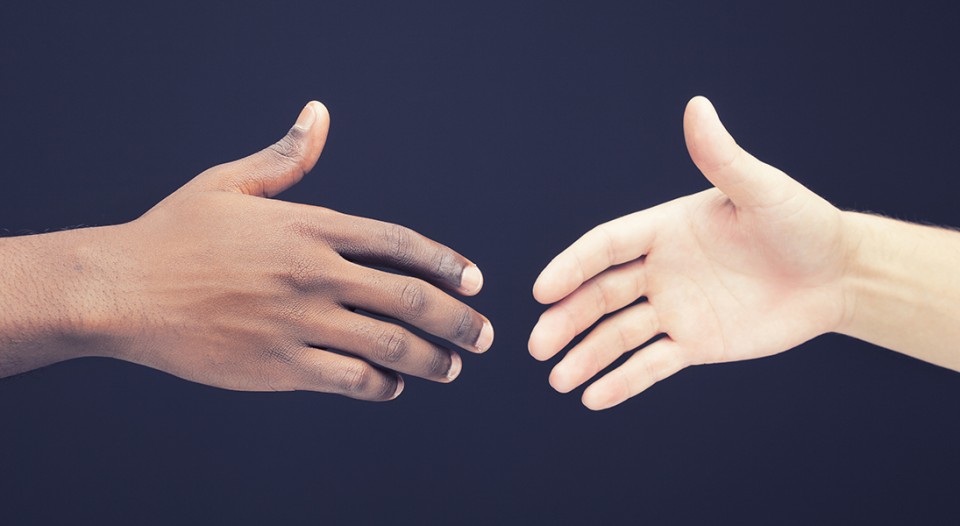 For me, February is a painful time to be a socially conscious white, male pastor in a largely white, Protestant denomination. Lest you need reminding, it is Black History Month, and once again we clergy folk are faced with the dilemma of whether or not to awkwardly address issues of systemic racism during the sermon or simply make a few token references in the intercessory prayers. I am not proud of my track record on this. In my complacency I have often betrayed my relationships with my brothers and sisters of color in the church who consistently fight against the depressing data in order to bring hope that God’s intention for racial diversity in the church can somehow be realized in our lifetime.

Moreover, I have betrayed my ordination covenant where I have promised to be a prophetic witness to the gospel that sets the captive free. I do a disservice to both whites and people of color by simply being the affable pastor who seldom gets under people’s skin in the sermons or Bible studies. OK, I did allow a brave lay leader to put “Black Lives Matter” on our church sign out front, but we took it down after a week of internal and external pressure.

I am a classic exemplar of what Eduardo Bonilla-Silva calls the “color-blind racist.” I am a “passive racist,” which is to say I will never burn a cross in your yard if I consider you to be “other,” but I will seldom if ever go out of my way to cry out against the systemic racism from which I have benefited all of my life, from simple things like going into the grocery store and not being deemed a person of suspicion by virtue of my skin color to automatically being shown any house in any neighborhood by a real estate agent by virtue of my inherent WASPy appearance. Again, this is not something I am proud of. Just stating the facts.

There are four aspects (as defined by Bonilla-Silva) to my color-blind racism that swaddle me in complicity:

• Abstract liberalism: I support racial equality to a degree or a reasonable fashion; hey, I am writing this blog, right? That’s got to be good for something!

• Naturalization: Using fate as a means of rationalizing the ongoing racially motivated events: “That’s just the way things are.” The black kids prefer to sit together in the cafeteria, you know?

• The biologization of culture: Racial inequality exists because people “are born that way.” Yeah, this means all the Asian kids can play a great violin and black kids can shoot hoops better than the rest of us.

• Minimization of racism: Discrimination still exists, “but it’s not as bad as it used to be.” Of course not – we haven’t had a Klan parade in the streets of downtown Washington, D.C., since Woodrow Wilson was president.

OK, if you’ve read to this point, then you must either be actively anti-racist (part of the choir) or perhaps you’re trying to do the mental gymnastics necessary to absolve yourself of any race-based behavior in your life, like the time you inadvertently tensed up when a black man entered the elevator or the way you stared when the biracial couple walked into the restaurant. Let me repeat the old Lutheran Book of Worship confessional statement to both groups: “When we say we have no sin, we deceive ourselves and the truth is not in us.”

As my friend and ELCA colleague Pastor Stephen Marsh once preached to a Churchwide Assembly, “It’s going to hurt before it heals.” Yeah, the truth hurts, but it does set us free.

I commend Presiding Bishop Elizabeth Eaton for doing her part to bring the truth to light, but I fear that the brokenness of our culture which permeates the church is not something that a few videos and suggested bibliographies will fix. Perhaps it will take an apocalypse – a lifting of the veil – to bring us all to that place where we know and are fully known and then freed to ask and receive forgiveness and then forge true reconciliation. We won’t obliterate difference with crafty liturgies or pithy platitudes. We will celebrate it as part of God’s dappled universe. Someday. I hope. In the meantime, may God grant us the grace to do something that isn’t in the bulletin, even if we bite the hands that feed us.

New ways to be faithful