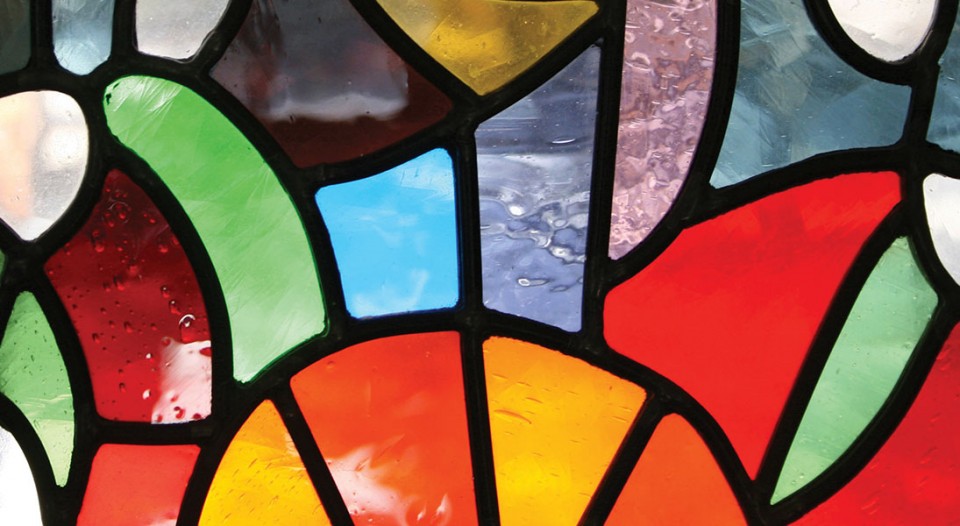 The ELCA Conference of Bishops discussed the denomination’s future directions and priorities in a new process known as “Called Forward Together in Christ” at its March 3-8 meeting in Itasca, Ill.

Presiding Bishop Elizabeth A. Eaton is leading the process, endorsed by the ELCA Church Council and in collaboration with the conference. The process is designed to invite the more than 3.7 million-member ELCA into discernment about the church’s future.

From this process, a statement will be prepared that articulates future directions and priorities that the council will consider this fall. The goal is to launch the statement in 2017 as part of the ELCA’s observance of the 500th anniversary of the Reformation.

“We will be assessing where we are as God’s people and working to understand what God has in store for us. We are going to do a lot of listening—to God and to one another,” Eaton said.

In its conversation the Conference of Bishops explored what is distinctive about the ELCA’s identity as a Lutheran church, how the church can become inclusive and diverse in a way that is inspiring and relevant in different communities, which ministries of the church are critical in response to domestic and international events, and more.

The bishops also considered how the invitation to conversation will be rolled out across the church.

In other action, the conference met with presidents of the eight ELCA seminaries and discussed theological education, pastoral care and more.

North Heights Lutheran Church, Arden Hills, Minn., once numbered among the nation’s biggest ELCA congregations, is shutting down, according to the Minneapolis Star Tribune (March 8).

The church, along with a sister congregation in Roseville, Minn., had 7,600 members at the beginning of the century. “Then a noisy civil war, in which breakaway members created a ferocious website posting internal church documents, led first to the closing of the original building and finally the shutdown announcement on Sunday,” the paper reported.

The director of the Alliance of Renewal Churches, the network with which North Heights affiliated after breaking away from the ELCA, had no comment.

North Heights was a congregation of 500 around 1960 when Morris Vaagenes, pastor, arrived. By 1999 he had built it to more than 7,500, with another 1,500 attending regularly at two sites. Pages on the church website that once listed a staff of more than 80 are empty.

The Star Tribune’s religion editor described the church at the time as one that “can wield incredible influence within the [ELCA].” Within a few years, however, the church broke off from the ELCA over the denomination’s more liberal stance on homosexuality.

The church’s lead pastor, Mindy Bak, in an interview last summer blamed the church’s troubles on sexism, but financial and programmatic mistakes were also cited.

Ethiopia is experiencing a severe drought after two seasons of failed rains caused by El Nino. The drought has triggered a rise in food insecurity, malnutrition and water shortages in many areas of the country. UNICEF reports that nearly 6 million children require food assistance. Lutheran Disaster Response committed $70,000 to work with the Lutheran World Federation to provide for immediate hunger needs and mitigate the effects of the drought in eight districts in Ethiopia.

St. Louis Archbishop Robert Carlson issued a letter Feb. 18 calling on parishes to seek alternatives to Girl Scouts as an extracurricular activity for Roman Catholic girls. Citing issues such as reproductive rights and abortion, Carlson wrote: “Girl Scouts is exhibiting a troubling pattern of behavior and it is clear to me that as they move in the ways of the world it is becoming increasingly incompatible with our Catholic values.” He asked parishes that allow Girl Scouts to meet on their property to discuss with troop leadership his concerns and implement “alternative options for the formation of our girls.”

David B. Zellmer, bishop of the South Dakota Synod, publicly opposed a bill approved by the state Senate that would require transgendered students to use school bathrooms, locker rooms and shower facilities that correspond to their biological sex rather than the gender with which they identify. In urging Gov. Dennis Daugaard to veto the bill, Zellmer wrote: “This is a bill that ostracizes transgender students, putting them at risk in our schools. These are the children of our own families, congregations and communities. Let our love for them lead us to take action for their protection.” The bill was vetoed March 1.

Germany’s Christian churches that have greeted waves of Middle Eastern refugees are limiting the flow now that public opinion toward the newcomers has turned from welcoming to wary. Since September, Roman Catholic and Protestant church leaders have backed Chancellor Angela Merkel’s original open-door policy to Syrians, but a spree of migrants sexually harassing women in Cologne has snapped the public’s patience. Germany is now finding ways to control the number of arrivals.

Renowned artist and teacher Richard R. Caemmerer Jr., 82, died Feb. 16. A maker of stained glass, sculptures, frescoes and tapestry designs for churches, Caemmerer was liturgical consultant and designer for more than 600 churches throughout the U.S., Canada, Europe, Africa and Japan. He taught art and theology at the Lutheran School of Theology at Chicago for 19 years and was professor of art at Valparaiso (Ind.) University from 1958 to 1980. With his wife Elizabeth, he co-founded the retreat center and studio Grünewald Guild in 1980.

At the end of fiscal year 2015, ELCA member giving brought Always Being Made New: The Campaign for the ELCA 40.4 percent of the way toward the church’s $198 million goal. A total of $80,039,177 has been raised by ELCA members, congregations and synods for new and expanded churchwide ministries in the U.S. and overseas.

Heidi Hagstrom, program director for the ELCA Youth Gathering from 1997 to 2015 (above with network executive director Todd Buegler), received the Tom Hunstad Award for excellence in children, youth and family ministry during the 2016 ELCA Youth Ministry Network Extravaganza in February. “The ELCA Youth Gathering looked very different in 2015 than it looked when Heidi started,” said Erik Ullestad, chair of the network’s board. “This [award] is a testament to her adaptability, her vision and her willingness to listen. Heidi did the unprecedented thing of having two consecutive Youth Gatherings in the same city—because God wasn’t finished with New Orleans, and neither was the ELCA.” Hagstrom is now vicar of Fields of Grace Lutheran Parish in southwest Minnesota.

The Children’s Museum of Indianapolis recently took on a potentially controversial subject: world religions. “We went into this expecting the worst might happen … and what we’ve experienced in many ways is the best,” Chris Carron, director of collections, told PBS. “Sacred Journeys” follows children and families of several faiths as they participate in religious pilgrimages and rituals. In addition to covering religious history and culture, the exhibit explores contemporary beliefs and practices. “We wanted children to not only understand what they learn in Sunday school, but also know why the girl down the block dresses the way she does, why that boy in school was off for [a religious] holiday,” Carron said. “What people believe and how they practice what they believe influences what people do all over the world, and it influences the people in your neighborhood.”

Some Evangelical Americans like Texas Sen. Ted Cruz don’t believe in climate change. “According to the satellite data, there has been no significant global warming for the past 18 years,” he said. But 97 percent of climate scientists agree that burning fossil fuels has caused Earth’s extreme temperature shift. Evangelical Brian Webb, founder of Climate Caretakers, said responding to climate change is inherently a Christian act. “The United States is the only industrialized country in the world where denial of climate change has become inextricably linked to a dominant political party. And evangelicals form the most solid foundation for this party,” Webb said. Climate Caretakers is working to mobilize U.S. evangelicals to pray and act on climate change as part of a faithful Christian lifestyle.

A Feb. 18 fire at historic Gloria Dei Lutheran Church, Duluth, Minn., destroyed most of the sanctuary of the 110-year-old building. David M. Carlson, pastor of Gloria Dei, said although members are devastated by the loss, they are determined to rebuild in the same location because of the great need in the community. “It is a loss, but we know the church is the people, and we believe in the resurrection. We know this is not the end, and the ministry continues,” Carlson said. The cause of the fire is unknown.